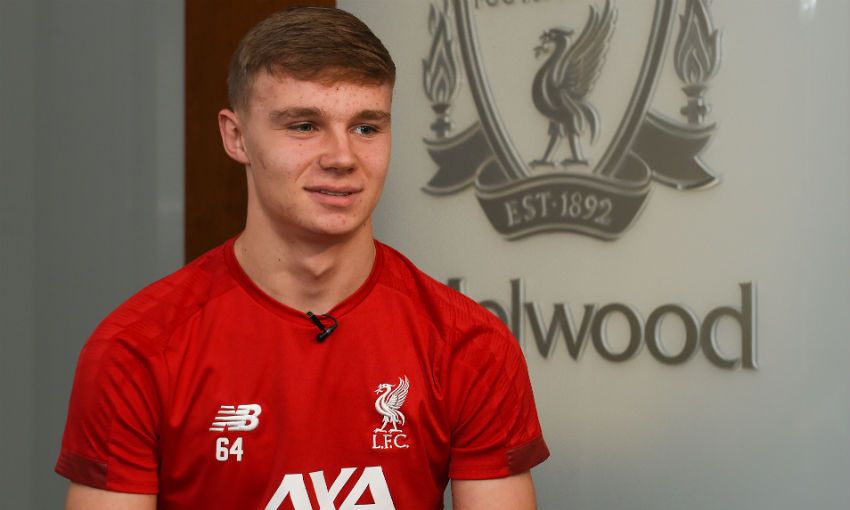 Paul Glatzel outlined the 'massive' boost his new Liverpool contract will deliver in recovering from a long-term knee injury.

The 18-year-old suffered the issue during the Reds' pre-season friendly with Tranmere Rovers and is currently undergoing his rehabilitation programme at Melwood per the request of Jürgen Klopp.

The striker committed his future to the club on Wednesday by penning a long-term deal before sitting down with Liverpoolfc.com shortly afterwards to speak of his gratitude.

First of all, Paul, congratulations on the new contract. How does it feel?

It must have been an easy decision for you...

Definitely. Like I said, I've been at the club for so long and I just want to keep going and see where it takes me. Hopefully I can crack on now and keep going. The contract makes it easier.

You've had a testing time in the past few months, so just how much of a boost is this for you?

It's massive. Mentally, it's good to be able to focus on the rehab and know that there's people that have faith in me and they know I'll come back from my injury stronger and I'll be ready when I'm back on the pitch.

How is your rehabilitation coming on?

It's going well. It's obviously a slow process with it being such a big injury, but it's going well and getting better day by day. I can't wait to be back.

Long-term schedule, I'll be back playing in eight months or something but the physios are just trying to take it week by week, so I don't have to look too far in the future because it's quite far away still. I'm just looking at it week by week and just seeing the little progressions that I'm making.

You're here at Melwood to sign your contract and this is where you're doing your rehab at the request of the manager. How much does it mean to you for the club to have this much faith in you?

It's massive for me. Being around the place, the atmosphere, it's massive. It just gives you that boost to see how it works up here with all the players and the staff and how everyone works together. It's good to see and hopefully I can be part of that when I'm back on the pitch.

Just what has the support been like for you from family, friends, coaching staff, teammates and fans?

Obviously you expect it from your family to be there and they are there, it's what you need at the time. But to then see the fans and everyone reacting on social media to wish you well, it has a big impact on you. I just hope I can make them proud one day. 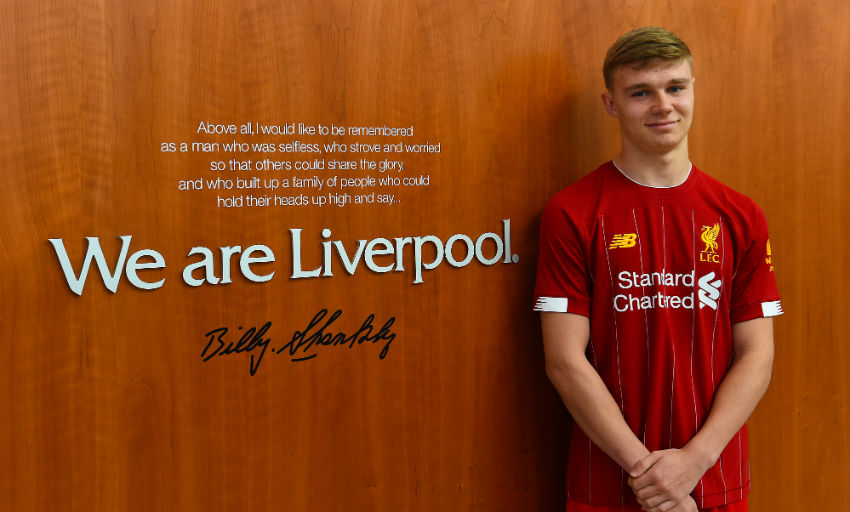 On the injury, it was a really cruel blow for you at a bad time. When you had to come off against Tranmere, what was going through your head in that exact moment?

It's difficult to describe, to be honest. I was looking forward to pre-season, I'd done quite a bit in the summer to be ready for pre-season because I thought I might get an opportunity. I got the opportunity against Tranmere to play with the first team and then I was obviously looking forward to seeing where that takes me and seeing if I could maybe make the America trip or whatever. Obviously half an hour in or whatever, and it's all come tumbling down and the season is gone for me. But with this contract now hopefully I've got the [future] to make an impact.

What was your mindset in the days following as well?

It was quite a tough time, to be honest. I was quite low, probably the lowest I've been. Even though I've had quite a few injuries, that was probably the toughest to take just because I was on such a high and I was doing quite well. It was a tough one to take. The days after weren't a great place but everyone got around me and I'm in a good place now just getting ready for the rehab and getting back.

You mention you were on a high after scoring all those goals last season, captaining the U18s in the FA Youth Cup final and then being with the first team in pre-season. You must be thinking your luck is due to change in the future...

I hope so! I've had injuries in the past which I've always thought would be my last injury. To have such a good season for me and for the team last season was big and I thought I'd put all of it behind me. But obviously I come to pre-season and I've got another injury, but I just need to keep going now and get back on the pitch and see where it takes me after that.

You've returned from serious injuries in the past – a leg break in particular – and come back and thrived. Do you take much heart from that?

Definitely. Knowing that I've done it before helps a lot because I know I've got the mindset for it and I know I can do it. It's just the long process and I've got to believe in myself and trust the physios as well. I know I can do it, so it will help me.

Just maybe looking on the bright side, has this injury allowed you to do anything new or different outside of your normal football routine?

Obviously I'd rather be playing, but it gives me a bit more time to spend with my family. When you're playing, you don't get that much [time]. I can see my family a bit more, but I'd rather be on the pitch playing! It's just tough to take and being in physio, seeing everyone training, it's not nice but it's just what it is.

So you're around the champions of Europe on a daily basis. What's it like to be in this environment?

It's crazy, to be honest. You see what they've achieved and it's massive. Everyone looks up to them and to be in the same changing room and just to see them all walking around, it's mental because when you go to the Academy you don't think you're that close. To be doing my rehab here and seeing everyone is just mind-blowing.

And how welcoming have the players been to you?

They've been good. Every time someone comes in they say hello. It means quite a lot knowing that they know about me and they know that you're injured and they just want to help you as much as they can. They're good to be around and it's helped me a lot. 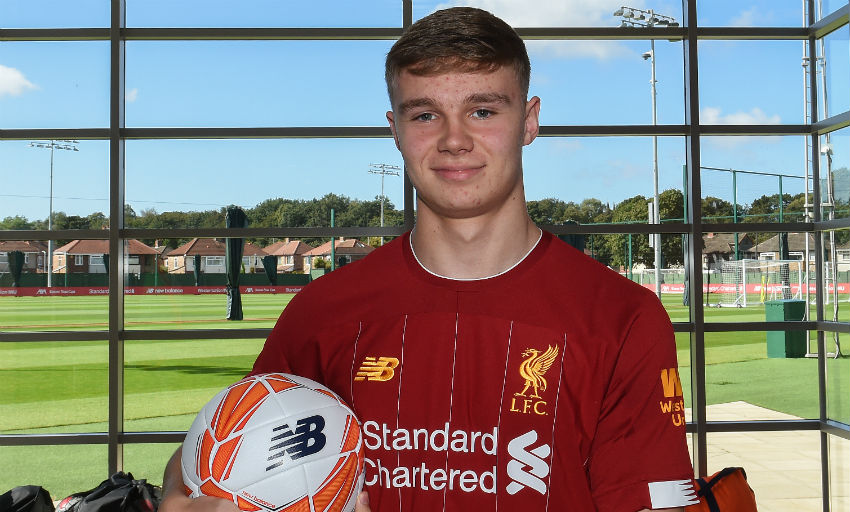 After you got the injury Jürgen Klopp said you'll be 'one of my boys' when you're back because he was so impressed. What's it been like to be around him?

He's great. When I got injured he spoke to me a lot and he gave me a phone call just to see how I was. He's a massive character and he just shows it. What he's achieved at the club so far is magnificent, so it's just good to be around him and he's there for you as well. If you need to speak to him, he'll come over and speak to you.

Not forgetting the Academy, what's the support been like from there?

Massive. Everyone wants to keep in touch, everyone wants to know what's going on. I have to keep going back and seeing everyone and make sure that everyone knows where I'm up to because the Academy is a big place for me. That's obviously where I want to be as well, playing with the U23s.

So what can the fans watching this interview expect from Paul Glatzel when he's fit, back and ready to go?

Obviously when I'm on the pitch, just hard work really. I just want to help the team as much as I can with chances, goals, assists – anything to help the team. I tried to do that last season and did quite well. So, a lot of energy and a lot of attacking threat.

I know your short-term aim will be to return from injury as soon as possible. But after signing this contract, what are your hopes for the future?

My dream is to play for Liverpool and to be getting opportunities and playing in the first team. I'm not quite there yet and I've got a long way to go, especially with the injury now. So I have to get back from that, get back on the pitch hopefully with the U23s and just keep playing football and seeing where it takes me.