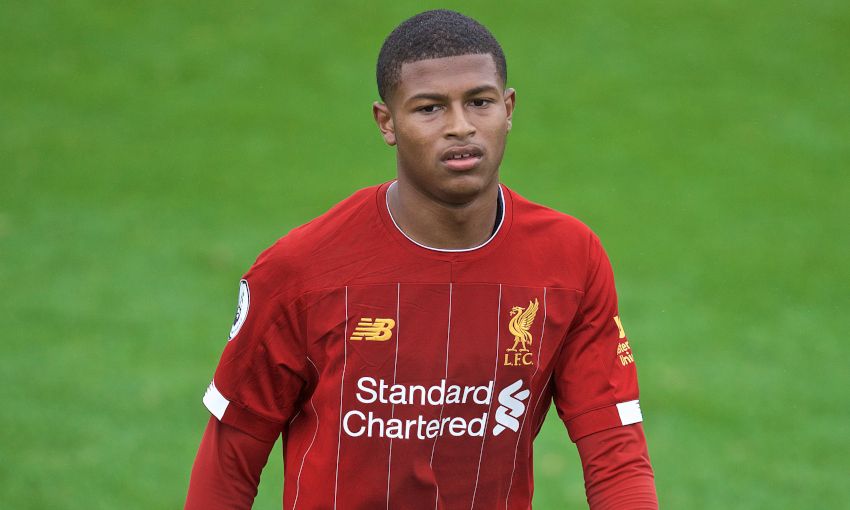 Liverpool U23s were beaten 4-1 by their Manchester City counterparts at Anfield on Saturday evening.

Neil Critchley’s side had recovered from an early concession in the Premier League 2 clash to quickly level via the penalty spot, Rhian Brewster dispatching from 12 yards.

But the visitors got back in front with a spot-kick of their own on the stroke of half-time and moved into a stronger lead with a third moments into the second half. Adrian Bernabe assured three points with a fourth late on.

It was a special occasion for several of the young Reds as they ran out onto the turf at the first-team stadium, while Jürgen Klopp’s seniors were simultaneously winning 3-0 at Burnley.

City struck the first blow with nine minutes on the clock, however, when a corner from the right-hand side reached Taylor Harwood-Bellis at the back post and the defender forced a header past Daniel Atherton at the Kop end.

Liverpool shrugged off the setback to restore parity in a matter of moments.

Brewster tried to release Curtis Jones into the box after an intelligent burst forward by the attacker, who was brought down, prompting an instant penalty decision from the referee.

It was Brewster who took responsibility from 12 yards and the No.9 emphatically sent his penalty into the left side of the net as the goalkeeper dived the wrong way.

Nabili Touaizi threatened to restore City’s advantage shortly before the half-hour as he bore down on goal but Sepp van den Berg made a timely intervention to block.

The openness of the encounter made for a series of chances and Brewster saw a blast repelled when played into a shooting position by Pedro Chirivella.

Jayden Braaf fired off target from a promising situation at one end and Harvey Elliott had a decent curler from 20 yards touched over at the other, before City got their second.

Liverpool were aggrieved when Bernabe won a penalty but the referee waved away appeals and Tommy Doyle ignored the protests to keep his nerve in front of the home supporters.

And the disappointment was compounded three minutes after the restart.

A dangerous free-kick whipped in from the right flank caused problems in the six-yard box and despite a reaction stop by Atherton in the Reds goal, Joel Latibeaudiere was there to convert the rebound and make it 3-1.

With their confidence boosted by the double, City began to dictate, though Louie Moulden had to deny a Brewster effort powerfully driven into the ground towards goal.

Atherton made several important saves to keep Liverpool in with a chance of mounting a comeback but those hopes were extinguished when Bernabe wrapped up the scoring with a clinical angled strike with a quarter of an hour to go.