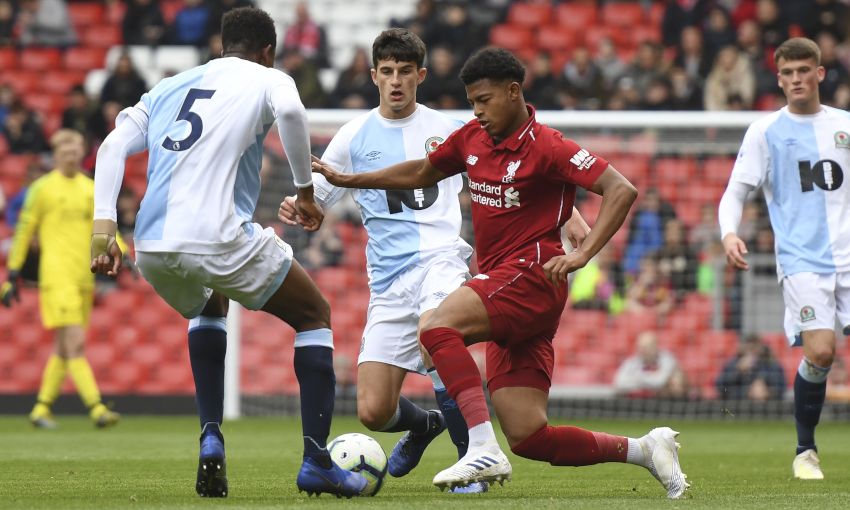 First-half goals by Joe Rankin-Costello and Dan Butterworth established a healthy lead for the away team in L4 and George Johnston’s late Kop-end conversion was mere consolation for the young Reds.

“We changed the shape at half-time and it took us 10 minutes or so to get used to. When we did, we started to get more of a foothold in the game and we were playing more in their half of the pitch,” a frustrated Neil Critchley told Liverpoolfc.com post-match. 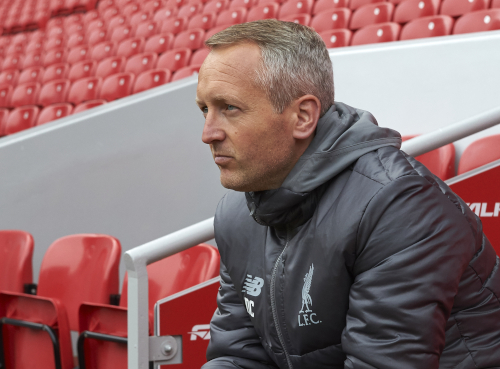 Neither side was able to carve out a real goalscoring opportunity in the first 20 minutes at Anfield, though Blackburn were the more confident and enterprising in their approach play.

And the visitors’ greater verve told midway through the half.

Stefan Mols carefully got back onside as Rovers recycled a second ball out to the right flank and the No.11’s pitched cross was met with a firm Rankin-Costello header that Caoimhin Kelleher could not keep out.

Blackburn continued to enjoy the better of the game and John Buckley was unlucky to see a drive from the edge of the area drift wide after a lengthy dribble through the centre.

Liverpool rallied in the latter stages of the half and fashioned two promising chances to level, with Rhian Brewster’s turn-and-shot from Adam Lewis’ low cross blocked by Hayden Carter.

Excellent high pressing by Isaac Christie-Davies then stole possession from Jacob Davenport but the Reds midfielder could not turn a pass into the unmarked Brewster and Rafael Camacho’s follow-up shot was easily saved. 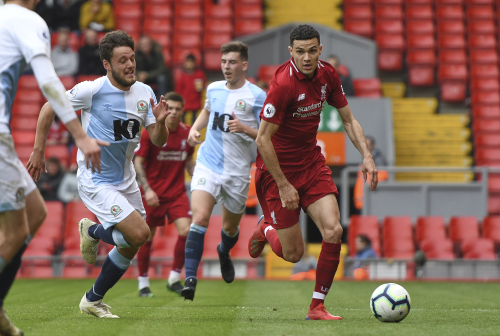 Blackburn compounded their frustration with a second goal four minutes before the break.

Butterworth took full advantage of a counter-attack opportunity, carrying the ball from the halfway line to the left channel and clinically slotting a finish inside the far post.

Critchley changed the Liverpool formation at the outset of the second half, switching to three at the back, though Mols was dangerously close to flashing a header past Kelleher at the far post from a right-wing cross.

The hosts improved as the second half progressed and another outstanding Lewis delivery reached Connor Randall but his effort at an awkward angle was off target.

Camacho’s dipping strike from 25 yards drew an important save from Rovers goalkeeper Charlie Albinson as time ticked away – but the Reds did halve the deficit late on.

A whipped corner from the left-hand side drifted through a ruck of players and found Johnston in the middle, who showed strength to seize the ball and hook it home, though the goal came too late for Liverpool to claim anything from the encounter. 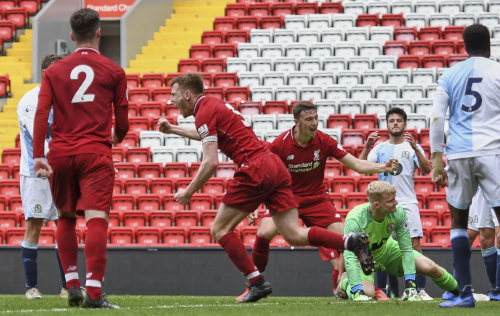