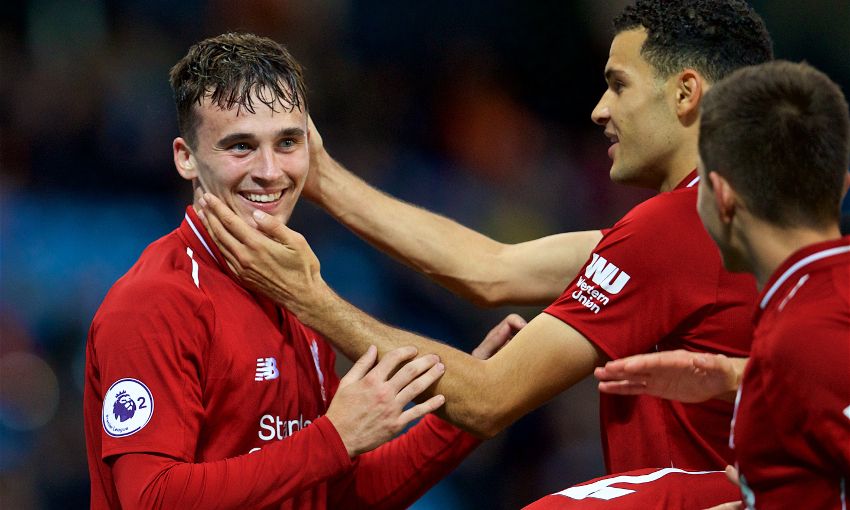 Neil Critchley's side started the day a point below the sixth-placed visitors but leapfrogged the Gunners in the table with the victory.

It was a slick-passing Arsenal that had enjoyed the best of the opening exchanges only to find their route to goal blocked by a solid Reds defence.

And when the chance came, Liverpool took the lead with their first attack.

Lazar Markovic raced onto a long ball over the defence in the 10th minute and although his first touch took him slightly wide of the goal, the Serb managed to slot his finish past the sprawling goalkeeper and just inside the near post.

However, the celebrations were short-lived as the away side levelled almost instantly, Tyreece John-Jules sneaking in around the back of the Liverpool defence to prod home past Kamil Grabara.

Playing a 3-4-3 formation, the Gunners outnumbered the Reds' three men in midfield and enjoyed plenty of possession, without being able to find a second goal.

Liverpool midfielder Liam Coyle grew into the game, cajoling and marshalling his teammates as it wore on, and after Rafael Camacho had brought a good save out of goalkeeper Deyan Iliev on the half-hour, the Reds finished the half strongly.

But they were indebted to a brilliant stop from Grabara on 44 minutes as the Pole was at full stretch to turn Bukayo Saka's curling shot around the foot of the far post.

And Liverpool's response was perfect; Coyle hit a wonderful pass forward to Isaac Christie-Davies, who crossed into the box for Camacho to sweep home from the penalty spot and make it 2-1 on the stroke of half-time.

Millar joined the action at the break and the hosts started the second half on the front foot, with the Canada international often providing an outlet ball and wing-backs Adam Lewis and Ki-Jana Hoever playing in more advanced positions.

Dutch youth international Hoever, who had an effort bundled past the post as the Reds pushed forward with renewed vigour, would go on to have a defining influence on the match.

It was his brilliant interception on the halfway line that led to Millar's first goal.

After winning the ball, Hoever raced forward and played in Camacho, who drew out the ‘keeper and passed square for his second-half strike partner to slot home after 75 minutes.

Moments later, Hoever was at it again, this time breaking up an Arsenal attack deep in his own half and spraying the ball forward to Pedro Chirivella.

The Spanish midfielder spotted Millar's run on the left and lofted the ball over the Gunners defence for the forward to cut in from the flank and curl a wonderful effort past Iliev and inside the far post.

"Over the course of this week I'm very proud of how the players have played," Critchley told Liverpoolfc.com.

"It's been a tough week physically for them and that showed in the first half when Arsenal had the better of the play, but we defended well and were always a threat on the break.

"The second half changed in our favour, we scored two great goals on the counter and Liam did brilliantly well, we're pleased for him. The whole team, though, were magnificent and showed a brilliant collective spirit and mental strength."