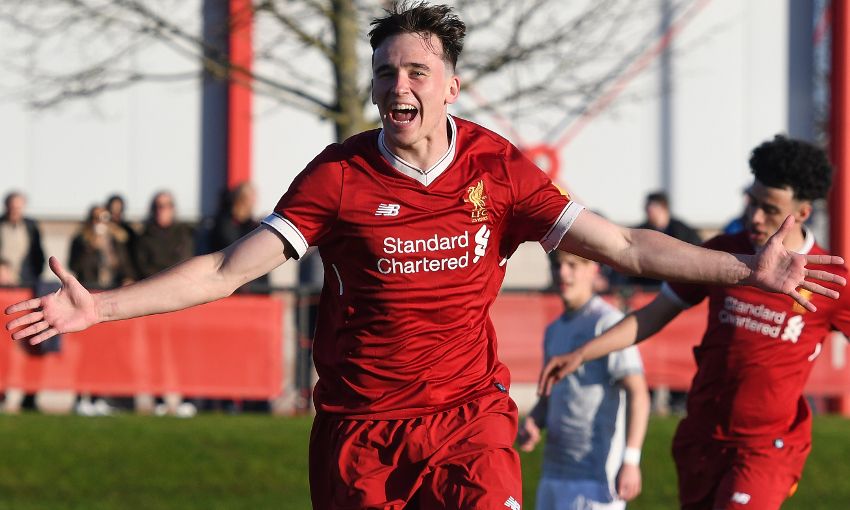 Liverpool moved back up to second in the U18s Premier League as they earned a hard-fought 2-1 win over rivals Manchester United in their penultimate game of the season.

The two sides traded goals from Liam Millar and Ethan Laird in the early stages of an engrossing first half, but it looked to be advantage United at the start of the second when defender Rhys Williams was shown a straight red card.

However, Steven Gerrard's team retook the lead through some individual brilliance from Rafael Camacho 20 minutes from time before digging deep to secure a result that saw them leapfrog Everton into the runners-up spot with just one game remaining.

The visitors came into the game having won each of their last six outings, and looked more than worthy of their new status as champions of the northern section of the division as they dominated the opening exchanges.

But Liverpool held firm amidst an early storm and, with just six minutes gone, made the most of the space available to counter to put themselves ahead.

A smart one-two between Remi Savage and Adam Lewis worked the latter into a good position on the left-hand side of the box from where he produced a trademark pinpoint cross for Millar to poke home.

LFCTV GO: Watch the best of the United action

To their credit, United responded well, with Tom Clayton forced into a block from Largie Ramazini before Laird ensured the Reds' advantage was quickly cancelled out.

Chasing a loose ball from an advanced position, the right-back danced across the Liverpool backline before firing a left-footed effort in via a deflection.

The game continued at breakneck pace for the remainder of the half, and there could be no doubt that it was the hosts who looked the most dangerous of the two teams.

Millar was the conduit for much of their good work, the Canadian going close twice before seeing a dinked one-on-one attempt saved by Alex Fojticek not long before the whistle. 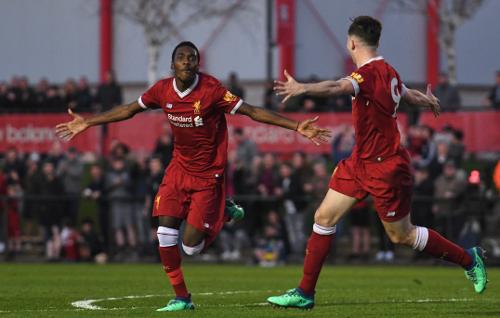 The second period started in scrappy fashion, with the back-and-forth football of the first 45 minutes being replaced by a battle for midfield supremacy.

And with 53 minutes on the clock, Liverpool's hopes of settling back into the rhythm that saw them create plenty of chances in the opening half suffered a huge blow.

A loose, quickly taken free-kick across midfield was pounced upon by Dion McGhee, whose first touch tempted Rhys Williams in for a slide challenge that earned him his marching orders.

United struggled to make their numerical advantage count in the immediate aftermath of the sending off, but looked to be growing into the task when substitute Dmani Mellor sent a free header wide.

Unfortunately for the visitors, Liverpool reacted by quickly retaking the lead through Camacho, the attacking charging into the box off the left wing before smashing a low finish into the far corner.

Kieran McKenna's men enjoyed all the ball in the closing stages as they looked to nick a point from the tiring 10 men of Liverpool but, a long-distance Ethan Galbraith attempt aside, struggled to create clear chances.

As such, the Reds had little trouble in seeing out the final moments, and ended their home fixture schedule for 2017-18 by landing a blow on their rivals as a result.