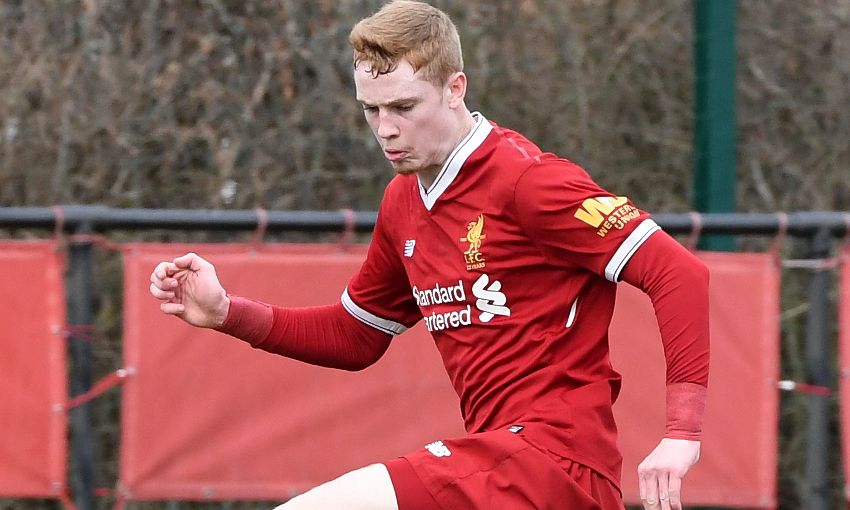 It was a day of frustration for Liverpool U18s as a late goal saw them lose 2-1 at Sunderland on Saturday morning.

The home side took the lead two minutes before the break from the penalty spot, but Steven Gerrard's team were awarded a spot-kick of their own just before the hour mark.

The lively Fidel O'Rourke was brought down and Glen McAuley stepped up to make it 1-1.

A young Liverpool XI then had some glorious chances to take three points but instead Sunderland grabbed the winner three minutes from time following a set-piece.

LFCTV GO: Watch the best of the Sunderland action

Reflecting on the 90 minutes, U18s assistant manger Tom Culshaw told Liverpoolfc.com: "We were the better side and created some great opportunities but unfortunately we didn't take them.

"We were the dominant side in the first half but then we made a mistake and gave a penalty away just before half-time.

"We dominated the second half again, Jack Bearne came into the game a lot more for us and caused them problems.

"Glen got us back on level terms from the penalty spot and after that it was all us, but we just lacked quality in the final third.

"Then at the end they knocked a long ball into the box from a free-kick, we didn't mark their player who scored, so that was disappointing.

"Overall we were the better team but we just lacked the quality in the final third and made some silly mistakes at the back."