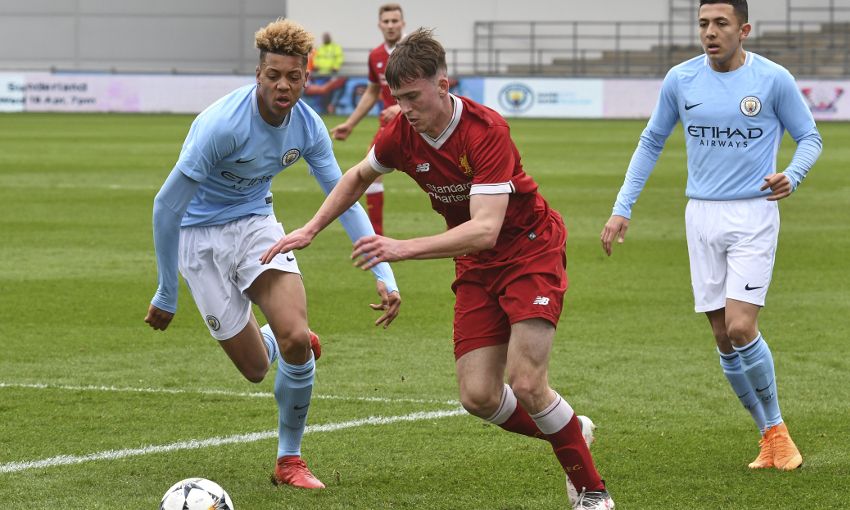 Liverpool U19s bowed out of the UEFA Youth League at the quarter-final stage after a penalty shootout defeat against Manchester City.

Curtis Jones put the visitors ahead at the City Academy with a cool finish to cap off a counter-attack, only for Lukas Nmecha to convert a free-kick with the help of a deflection.

Neither team could muster a winner in an eventful second half, with the 1-1 scoreline prompting a spot-kicks battle which the hosts won 3-2 to progress to April’s semi-final against FC Barcelona.

Steven Gerrard made a single change to the side that had defeated Manchester United in the last 16, with one of the goalscorers that day, Rafael Camacho, replacing the injured Elijah Dixon-Bonner. 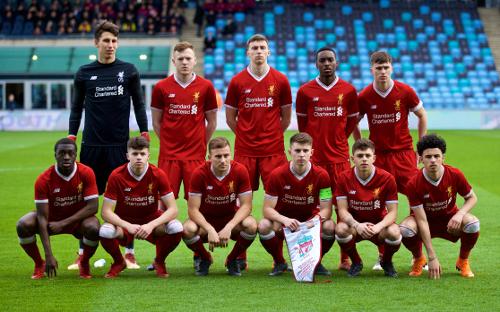 The opening 20 minutes of the tie passed by with almost a total absence of genuine goalmouth action, though the Reds settled into a comfortable rhythm which suggested there was better to come.

And the game did spark into life soon enough.

Ian Carlo Poveda shook off the attention of Adam Lewis on the right flank before sweeping a low strike wide of the near post from the edge of the area.

At the other end, Jones released Bobby Adekanye with space and time to judge a cross into the City box but his attempt to find Liam Millar in the middle was blocked diligently by Eric Garcia.

Liverpool made no mistake when they forged a similar situation on 34 minutes.

The speed of their breakaway was matched by its efficiency, with Millar sprinting clear to create a four-on-three scenario which ended with Jones controlling his cross and firmly hitting past Daniel Grimshaw from close range. 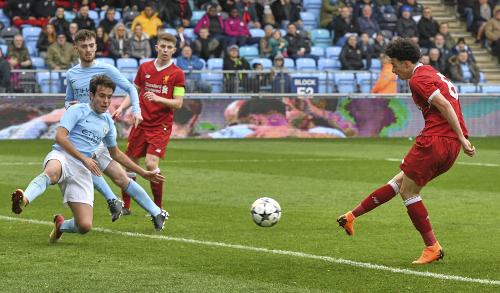 Their lead did not last long, however. Lukas Nmecha saw his free-kick effort from the left corner of the area deflect off Ben Woodburn en route to goal and deceive Kamil Grabara to find the net.

Gerrard’s charges might have restored the advantage just before the interval but Grimshaw reacted superbly to deny Conor Masterson after the centre-back was teed up yards out by Adekanye’s cross.

Mere moments had elapsed in the second half when Luke Bolton snuck into a shooting position and rolled a low shot close enough for Grabara to grasp.

Next, the Pole should have been beaten by Lukas Nmecha. The City captain was unmarked in the centre to reach a right-wing cross but shinned his finish wide.

He produced an outstanding and important stop subsequently, though, diving right to scoop away a volley from Felix Nmecha after the No.10’s initial attempt lofted up invitingly.

As the game became increasingly stretched, Adekanye drew a save at Grimshaw’s near post with a blast, while Grabara rushed out and used his legs to prevent Rabbi Matondo from sealing his burst through with a goal.

George Johnston miscued a golden opportunity at the back post in the first minute of stoppage-time, meaning penalties were required to separate the sides.

And it was City who triumphed from 12 yards, with Jones, Masterson and Herbie Kane the unfortunate youngsters to miss as the Reds suffered a heartbreaking elimination.