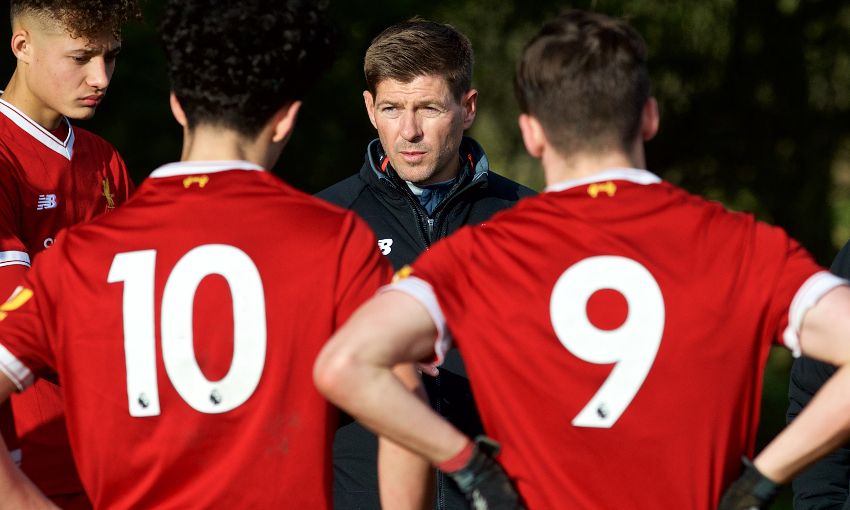 Liverpool U18s' 6-1 success against Blackburn Rovers was hailed as 'nearly perfect' by their manager, Steven Gerrard.

The young Reds kicked off 2018 in magnificent style with a resounding victory in the U18 Premier League clash, which ensured they remained at the top of the pile in the northern section of the division.

Rafael Camacho starred with a hat-trick, Liam Millar struck twice and Edvard Tagseth – a prominent performer from the middle of the park – chipped in with one.

“I’m always searching for perfection from the lads. The performance was excellent but we conceded a sloppy goal and as a coach you are always looking to where you can improve, so moving forward we need to stop giving sloppy goals away.

“In possession we passed the ball very well. What impressed me most was when we tried to probe and we didn’t get it right we did so well to regain it back, and I’m sure if you asked the Blackburn players and their staff it was a very tough 90 minutes for them because we were so good.

“We were 2-0 up very early on and it was a dream start. As a manager you always know the first 15 to 20 minutes coming to a place like Blackburn is going to be tough, especially after the break over Christmas.

“The lads’ mentality and character were bang on and we got our rewards for having a good attitude and doing things right all through the game.”

There is little time for the U18s to rest on their success, however, with an U18 Premier League Cup quarter-final at Tottenham Hotspur to come on Wednesday afternoon.

But with Gerrard’s side unbeaten in league football throughout 2017-18 and clearly in fine fettle following the festive period, the Reds legend will head into the tie with optimism.

“We will go down to Tottenham with confidence and they better be ready for a good Liverpool team because I’m very confident we will go down there and perform,” he added.

'It's always good to start the season with a hat-trick!'

'Work hard and don’t waste a minute of your development'