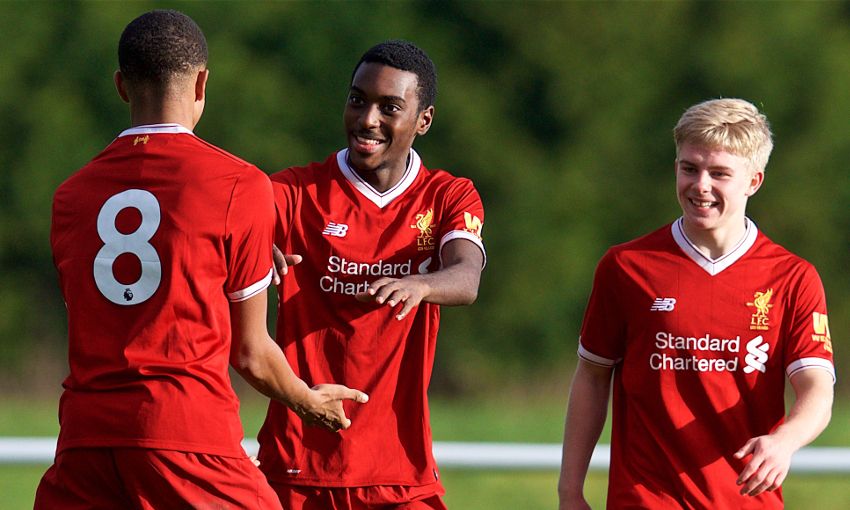 Liverpool U18s consolidated their lead at the summit of the U18 Premier League with a comprehensive 6-1 thrashing of Blackburn Rovers.

Steven Gerrard’s side eased to a 12th game unbeaten in the division this season courtesy of a Rafael Camacho hat-trick, Liam Millar’s brace and an effort from Edvard Tagseth.

The emphatic result in the young Reds’ opening fixture of 2018 kept Gerrard’s charges clear of the likes of Manchester City and Manchester United in the league’s northern section. 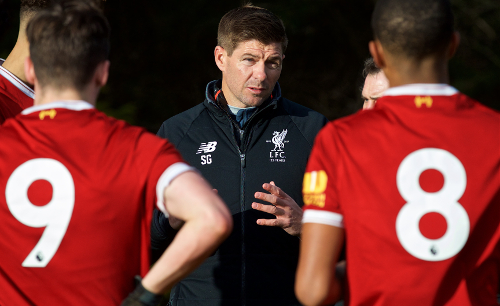 Liverpool made a remarkably rapid start to the game and led by three goals within 12 minutes.

Adam Lewis provided the cross from the left side that allowed Camacho to bag the first of his eventual treble with a neat finish in the third minute, and midfielder Tagseth immediately doubled the advantage with an unstoppable strike into the top corner from the edge of the area.

Soon the prolific Millar made it three, sweeping in from the flank and finding the bottom corner to hand the visitors a commanding cushion and leave Rovers with a mountain to climb.

Blackburn did reduce their arrears by one midway through the half as Viteslav Jaros saved Hayden Carter’s header from a corner but Kyle Connell followed up to net.

The hosts were indebted to their goalkeeper, Matty Campbell, for keeping them in the clash, though, as he produced a series of fine stops before the interval. 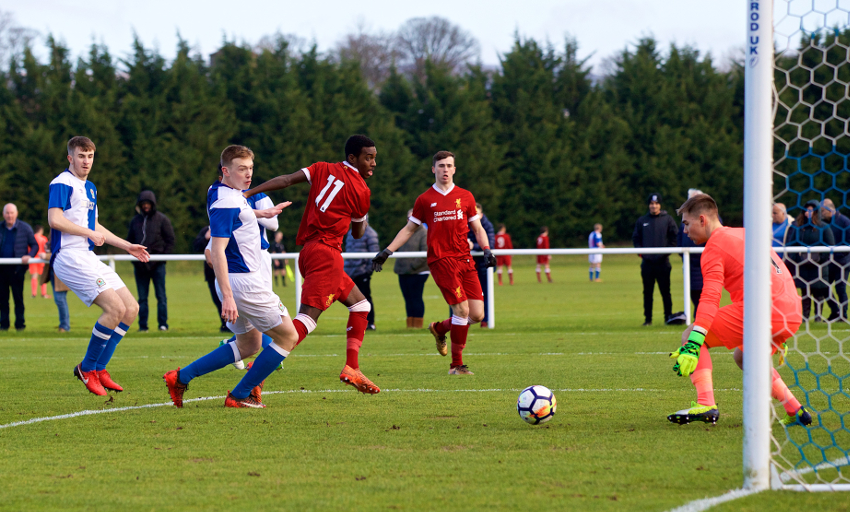 Liverpool’s superior quality told in the second half, however, and Camacho was the man on target twice to notch a memorable personal hat-trick and see off Rovers for good.

Curtis Jones was the creator for the fourth on 49 minutes. The 16-year-old surged along the left wing, held off three markers and squared for his teammate to pick out a curled finish – his 10th goal of the season.

And the Portuguese youth international was celebrating again within moments, after reaching Tagseth’s delivery at the back post with a header that brought up his first treble at this level.

Millar was denied a sixth for the Reds by the post, following more brilliant approach play from the influential Tagseth, but grabbed his second – and 18th in 2017-18 – with a minute remaining, to add extra shine to a superb afternoon’s work for Gerrard’s side.