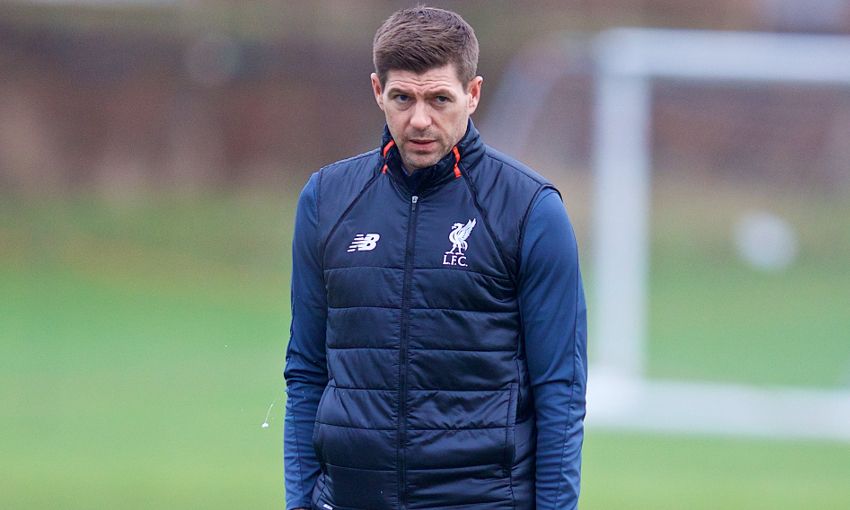 Steven Gerrard paid tribute to the 'unbelievable character' of his players after Liverpool moved top of the U18s Premier League courtesy of a dramatic 2-1 win at Wolves on Tuesday.

Reflecting on a dramatic victory, an honest and self-critical Gerrard was fulsome in his praise of his young charges.

“I think earlier on in the season we would have drawn a game like that at best because we would have felt sorry for ourselves,” he told Liverpoolfc.com.

“Credit to the lads, they have created an atmosphere and a spirit in the group where they are hard to beat, and the reaction and response to going a goal down was superb.

“They showed unbelievable character to come back, not just to equalise but to go on and win it in the way we did, the players deserve every single bit of credit.

“I thought my performance today was poor and I got certain things wrong as the game went on but the players bailed me out and I thought they were superb.”

Lewis' decisive strike came after he returned to the starting XI having served the suspension he received following a red card against Manchester United.

And Gerrard believes his captain showed the perfect response to his early dismissal against the Red Devils.

He said: “We’ve all been there - we all make mistakes and I made many myself.

“Adam made a mistake and let his teammates down but you are always looking for that reaction, what’s inside a player to go and make up for it and react in a positive way.

“To come back and put in a good performance and to then get the winner and lead his team to the top of the league over Christmas - he should be on cloud nine.

“I know he was very disappointed last week but that is what football is about, highs and lows and how you react to the lows. Adam has reacted very well.”

LFCTV GO: Watch the goals from the dramatic win at Wolves

With the U18s schedule clear until 2018, Liverpool will keep their place at the summit into the new year - albeit with second-placed Manchester City having played one game fewer.

But Gerrard is already targeting further improvements when the fixtures resume, and is hoping to see his team build on a good start to the campaign.

“It’s a fantastic feeling,” he added. “Obviously we have achieved nothing yet but we are certainly on the right path and the right road.

“I’ve said to the staff and players that we all have to look at ourselves and what we have done well and what we could do better for the second part of the season.

“We will come back with the bit between our teeth and try and improve and try to push again.

“I’ve put a lot of pressure on the team and on the players to improve over the last four to five months, so they all need to be ready after Christmas to be ready and try and push for a successful season.

“So far, so good, and my half-term report is really positive.

"We are where we want to be but there’s still a lot of hard work to be done if we want to make the season a success because you get nothing halfway through.”