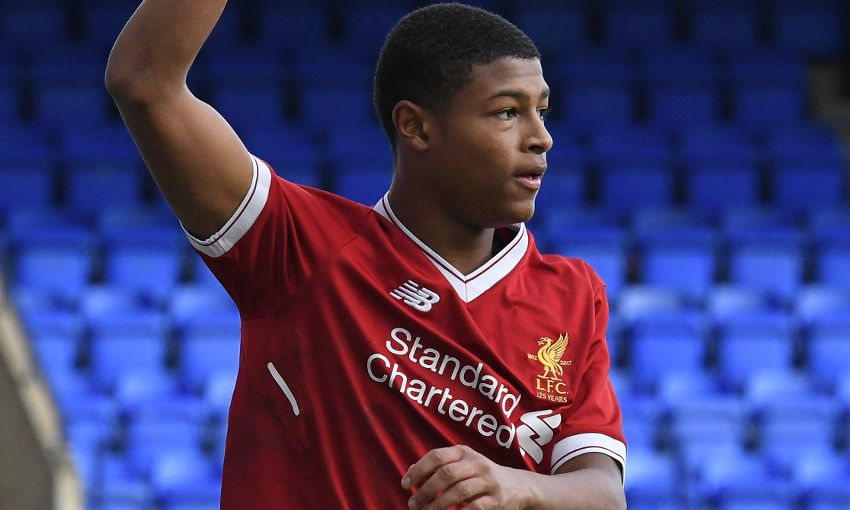 U16s link up with LJMU for media training

Rhian Brewster and Ben Woodburn were on the mark as Liverpool U23s extended their lead at the top of Premier League 2 with a 4-1 win over Sunderland at the Stadium of Light on Sunday.

After suffering back-to-back defeats in two cup competitions last week, Neil Critchley's side bounced back in style to get the three points.

The young Reds took the lead from the penalty spot on five minutes. Harry Wilson was sent tumbling in the penalty area and Cameron Brannagan stepped up to make no mistake from 12 yards out.

The home side levelled four minutes before the break when Joel Asoro headed home from close range.

Liverpool took the game to Sunderland after the restart but, despite their dominance, found it hard to break the hosts down.

Brewster made it 2-1 on 72 minutes, though, by winning back possession and running through to produce a clinical finish.

Matty Virtue added a third from close range before Woodburn, after being fed by Brewster, superbly increased the advantage.

The victory extended Critchley's charges' lead to eight points at the top of Premier League 2, but third-placed Leicester City could reduce that gap with a game in hand.

Reflecting on the result, the U23s manager told Liverpoolfc.com: "We responded really well from the Stoke defeat last weekend and I'm pleased with the boys.

"We controlled the game and dominated possession, and at half-time we were thinking 'How are we not winning this game?'

"Sunderland defended in numbers and we had to be patient but in the end we got our rewards.

"We scored some really good goals and I am really pleased with the response to last week."