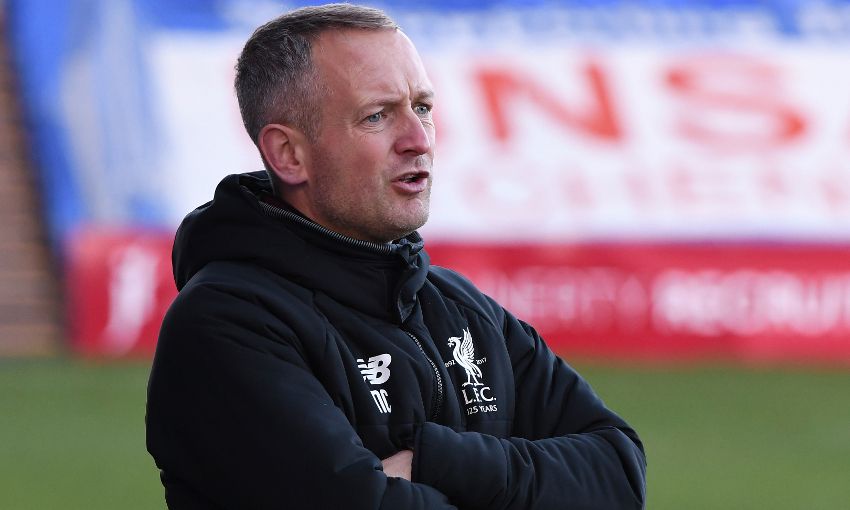 Ovie Ejaria's stunning goal for Liverpool U23s during last week's 2-1 win over Newcastle United came as no surprise to Neil Critchley and his coaching staff.

After combining beautifully with Liam Millar, the midfielder jinked his way past an away defender and rounding the goalkeeper, before slotting home the winner in the Premier League International Cup tie, as the young Reds came from a goal down to beat Peter Beardsley’s side.

Ejaria, who turns 20 today, made his first-team debut last season, and after helping England U20s win the World Cup alongside the likes of Dominic Solanke and Sheyi Ojo in the summer, is hoping to make a big impression once again this term.

Asked what he and his staff thought of Ejaria’s solo effort, Critchley told Liverpoolfc.com: "We were not surprised... but just surprised he doesn't do it more often because he shows it pretty much every day in training.

"He has these real 'wow' moments which just make you smile because it’s brilliant to watch. We are on at Ovie all of the time to try and produce more of that and get closer to their goal, get more goals and assists.

"That will make more people stand up and take a bit more notice of him because sometimes you can under the radar a little bit even with the ability that he’s got, but Ovie is a top player.

"He has played in our first team, which shows you what our manager thinks of him, and I’m sure he will get back there again.”

Rhian Brewster also made a return to action against Newcastle following his role in helping England U17s win the World Cup.

On the same night Steve Cooper’s squad were being paraded around Wembley ahead of the senior friendly international with Germany, the 17-year-old forward instead chose to play for the U23s and get back to his day-to-day job. 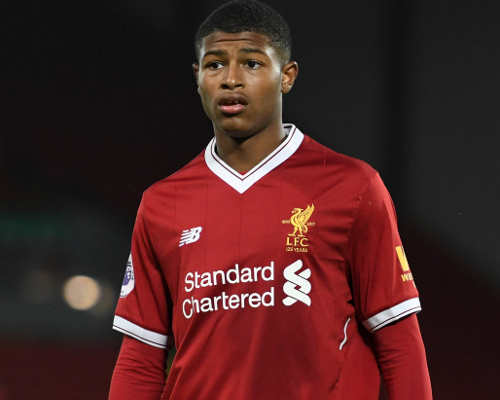 Critchley added: "It was nice to see Rhian back and get him back involved with us.

“He had a smile on his face, he was bubbly and I was pleased with his workrate and attitude.

“I think he wanted to make a point to everyone that he was still the same hardworking and humble boy he was before he went away with England.

“When I spoke to him [about the England U17 squad being invited to Wembley] it was a very short conversation and he said, 'no there’s a game and I’m playing'. That was the end of that conversation.

“I thought he would say that because that’s the type of boy he is.”

All attention now turns to Saturday night’s Premier League 2 top-of-the table clash with Everton in the mini-derby, with kick-off set for 7pm GMT at Prenton Park.

Liverpool are two points ahead of the Blues in the division and Critchley is hoping his side can continue their excellent form.

The young Reds, who did the double over their neighbours last season, have won 10 of their 13 fixtures in all competitions, scoring 31 times in the process.

Critchley said: "We are looking forward to playing on a Saturday night under the floodlights at Prenton Park.

"It's a different time to what we would normally play, but sometimes you have to move the games around to work around the different schedules you have.

"It's a really exciting game in prospect with us first and Everton in second place so it's one we are really looking forward to.

"The derbies are always important games but just because of where we are in the league there’s that little bit extra about this game, but it’s not going to decide the league on Saturday and it’s not a season defining game by any means, but it’s one where both teams want to win.

"We won't approach this game any different to what we would do a normal Premier League 2 game, and hopefully we can come out on top.

"Everton have some got some really good young players but so have we. It's great to play in these games because you want to pit yourself against the best players and challenge yourselves.

"It's an exciting game in prospect and we can’t wait until 7pm on Saturday night."

Watch the mini-derby live on LFCTV on Saturday night. Click here to find out more.

If you would like to attend the game at Prenton Park admission is free for season ticket holders and LFC Members simply by showing your card, otherwise it's just £3 for adults and £1 for children on the gate.