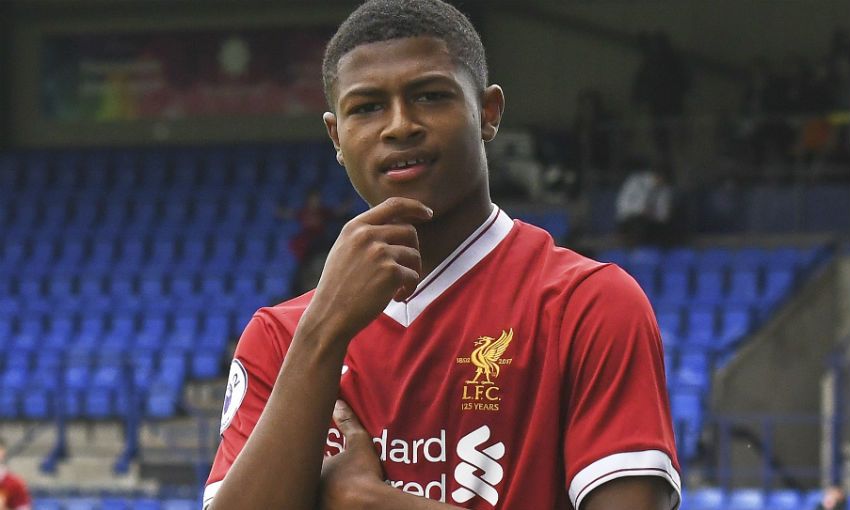 Rhian Brewster’s exploits at the U17 World Cup have filled Georginio Wijnaldum with pride - and the Liverpool midfielder has backed his teenage teammate to shine once again in Saturday’s final.

Reds youngster Brewster has lit up the latter stages of the tournament in India, scoring back-to-back hat-tricks to inspire England to quarter-final and semi-final victories over USA and Brazil respectively.

The Young Lions are now just one step away from being crowned world champions, with Spain - who defeated them on penalties in the final of the U17 European Championship in May - their opponents in this weekend’s showpiece match in Kolkata.

Brewster has previously named Wijnaldum as the senior player who particularly helped him settle in when he trained with the first team last season.

And the Netherlands international has spoken warmly of his relationship with the striker, who also netted a stunning free-kick in England’s group-stage win over Mexico at the World Cup.

“I feel really proud of him. I was really proud from the first time that I saw him, because he’s a young player but what I like is that he was not shy when he came to the first team, but in a good way,” the No.5 told Liverpoolfc.com.

“So he was not shy but with a lot of respect for the older players, that’s why I always had a good relationship with him.

“He’s a person you can laugh with, so I like him as a person and also as a player because he’s a good player. He showed that in training and in the games that he plays.

“I am really proud of him for doing big things in this stage of his career.”

Brewster, who turned 17 in April, has started the season in excellent form at club level, too.

Three goals in six appearances have helped the Reds’ U23s to the top of Premier League 2, and Wijnaldum says that the forward’s confidence on and off the pitch is what impressed him most at Melwood and on the Reds’ post-season trip to Sydney. 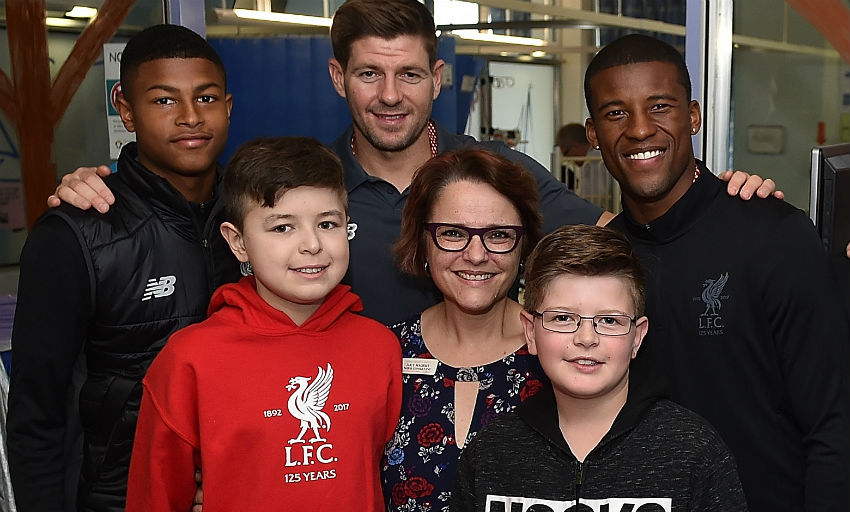 “He is a striker and you know, when younger players come to the first team they don’t really show immediately why they are with the first team,” the midfielder explained.

“But with him I saw immediately that he was trying to take the ball, trying to dribble, trying to score goals and trying to do everything [he does] in the youth team, so that’s what I want to say: He was not shy, but in a good way and with respect.

“That’s what I liked already the first time and then in Australia I got to know him even more because we visited the children’s hospital together.

“I like him a lot - he even made jokes with Steven Gerrard, so with that I could already see a lot that he’s not shy to be himself around all the players.”

And ahead of this weekend’s final, Wijnaldum had a message for Brewster: “I want to wish him good luck and I hope he’s going to score three again - minimum three and I hope more, of course!”