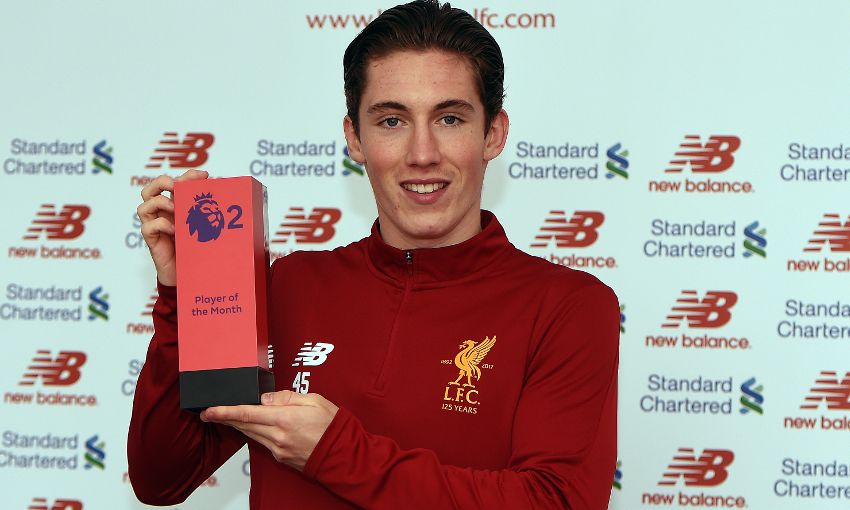 Harry Wilson has spoken of his delight at being named the Premier League 2 Player of the Month for September.

The Welshman netted five goals across three appearances last month in the division as the U23s extended their winning start to 2017-18.

The 20-year-old saw off competition from seven other nominees to clinch the Player of the Month prize.

"I'm delighted to win the award; September was a great month for me personally and the team,” Wilson told Liverpoolfc.com.

"We picked up a lot of points and scored a lot of goals, so on a personal note it was great to score five goals in the league - and for the team to win every game was just as good."

After netting 28 times during the 2016-17 campaign, an Achilles injury picked up in pre-season disrupted Wilson’s start to the new term.

Asked to explain his rich vein of form in front of goal, Wilson said: "Just being in the right place at the right time.

"The team provided me with the passes because without them I wouldn’t be in those positions to score and when I get in there I’m always confident I can put them away."

Wilson's highlight of the month was his first-half hat-trick in the 4-2 win over Tottenham Hotspur at Anfield on September 22.

He said: "When you score a hat-trick, no matter where it is it’s always special, but for it to be at Anfield under the lights and to be a perfect hat-trick as well made it that bit more special.

"Playing for the U23s at Anfield and scoring a hat-trick against a side like Tottenham Hotspur has got to be up there amongst the best moments of my career so far."