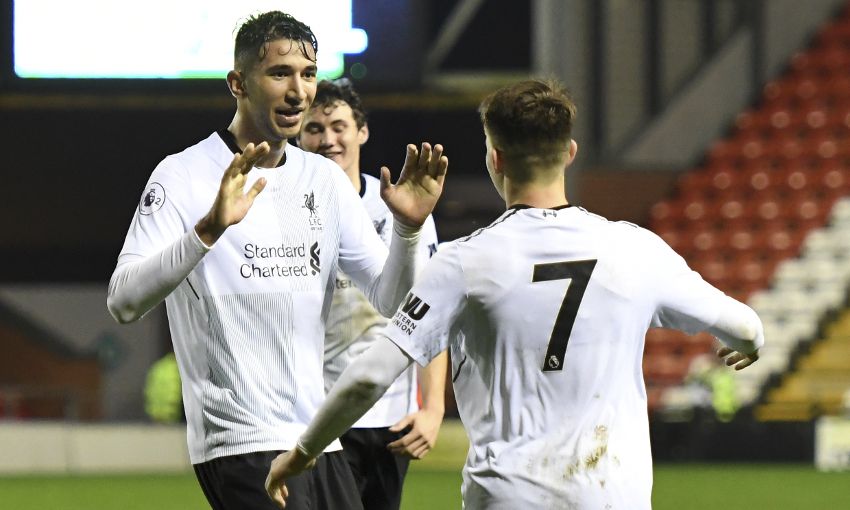 Ovie Ejaria, Marko Grujic and Harry Wilson grabbed the goals to give Liverpool U23s a 3-1 win over Manchester United in Premier League 2.

The success at Leigh Sports Village sent the young Reds five points clear at the division's summit, coming as an immediate response to their first defeat of the season a week ago.

Check out the best photographs from the game below...