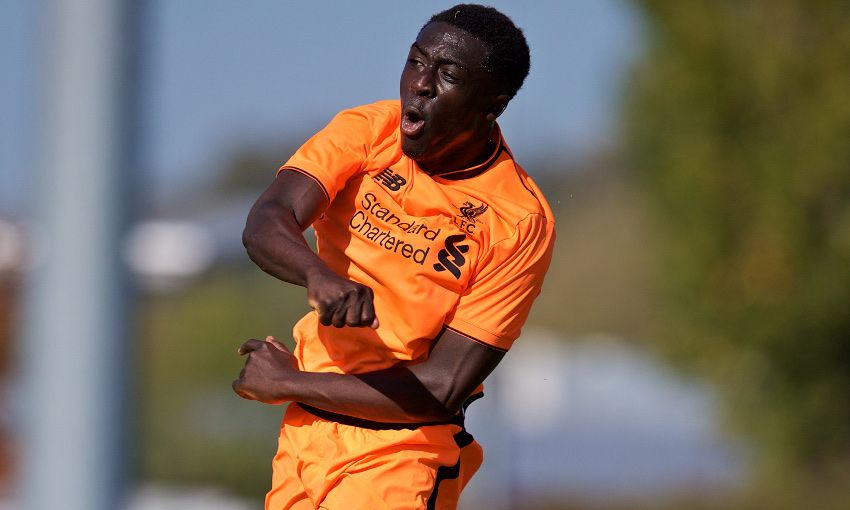 Match preview: U19s aim to get back to winning ways in Maribor

Liverpool U19s cemented their position as leaders of their UEFA Youth League group with a 4-1 victory over Maribor in Slovenia on Tuesday.

The young Reds were required to come from behind after a Kamil Grabara error gifted the hosts a surprise lead through Aljosa Matko early in the first half.

But they were level before half-time, with Bobby Adekanye and Herbie Kane striking in quick succession to turn the game on its head.

The second half saw Liam Millar get in on the act and a further goal from Adekanye as Liverpool brought up the scoreline their dominance deserved.

With Edvard Tagseth and Rhian Brewster on international duty and Conor Masterson suspended, Gerrard was forced to ring the changes at Lendava Sports Park.

As such, the former Reds midfielder opted to line his side up in a 3-4-3 formation, with captain Ben Woodburn starting in a deeper midfield role alongside Kane.

The U19s appeared to have few problems adapting to their new setup as they dominated the opening exchanges.

Millar was at the heart of much of that promising play, the Canadian coming close to poking an Adam Lewis cross home before volleying over after a headed one-two with Adekanye.

But just past the halfway point of the first period, the Reds found themselves behind - and in calamitous circumstances.

With 23 minutes gone, Grabara rushed from his net and misjudged the bounce of what appeared to be a harmless lofted ball, leaving Matko with an open goal to tap into.

Thankfully, the visitors' response was both quickfire and ruthless.

With half an hour gone, Curtis Jones pinched the ball high up the pitch and showed the presence of mind to pick out Adekanye, who coolly curled home on his left foot.

And two minutes later, an Adekanye-led break saw the winger crack the bar with a powerful drive, which Kane followed in for an emphatic finish.

The Reds comfortably maintained their advantage into the break, and were clearly keen to press home their superiority once the game restarted.

It took just eight minutes for Millar to get a goal of his own, the striker finishing well after he, Woodburn and Adekanye had worked the ball brilliantly around a hapless Maribor defence.

Shortly after, Adekanye had a second, spinning and firing in a low effort after being picked out in the box by Rafael Camacho.

To their credit, the hosts kept their heads up, and but for the efforts of Grabara they might have made things uncomfortable for Liverpool later on.

The Polish goalkeeper's stunning one-handed save to tip a Nino Kukovec effort onto the bar and subsequent penalty stop from Tomi Horvat following George Johnston's foul on Matko proved to be key moments.

Maribor's misery was then compounded late on as Adis Hodzic received a second yellow card for a late challenge, leaving Liverpool to see out a comfortable win in the Slovenian sunshine.