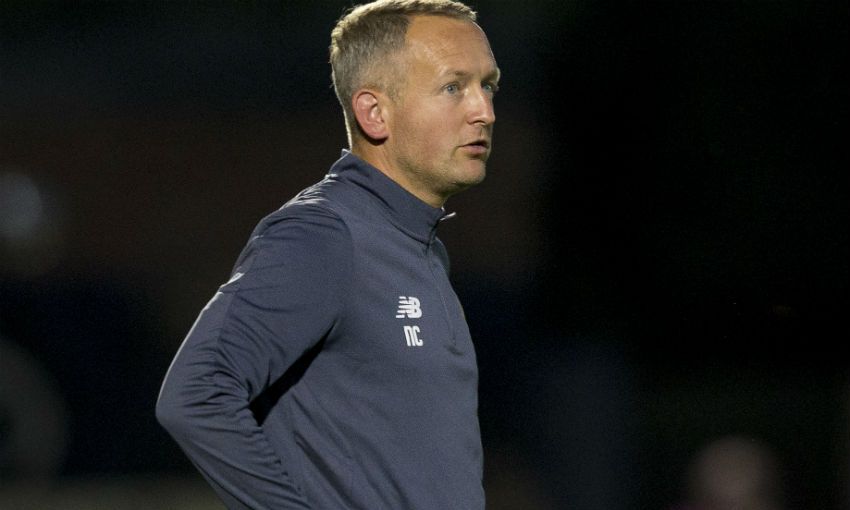 Match preview: U19s aim to get back to winning ways in Maribor

Liverpool U23s tasted defeat for the first time this season in a 2-0 Premier League 2 loss at Derby County on Monday.

Neil Critchley’s team visited St George’s Park having won all six of their previous league outings this term but, despite a dominant first-half display, goals from Charles Vernam and Alex Babos after the break undid their hopes of making it seven victories on the spin.

Unable to call on Ben Woodburn and Marko Grujic, who both travelled to Maribor earlier on Monday, as well as Rhian Brewster due to his involvement at the U17 World Cup with England, Critchley was able to select first-team squad members Danny Ings and Jon Flanagan.

Ings played the full 90 minutes, while Flanagan completed an hour before being withdrawn for Juanma.

The young Reds return to action next Monday, when they take on Manchester United at Leigh Sports Village.

Premier League 2 Player of the Month Harry Wilson was a constant threat to Derby and Liverpool’s first foray forward almost ended with the Welsh forward netting inside the first two minutes.

After an excellent move from the visitors, Ovie Ejaria laid Flanagan’s low cross from the right back to Wilson and his left-footed shot went narrowly wide.

Caoimhin Kelleher was called into action in the 17th minute, the Irish goalkeeper getting down well to gather Vernam’s attempt, but the league leaders then seized control after an evenly-matched opening to the game.

Appeals for a penalty were waved away when Wilson appeared to be felled in the area, before Ings saw a powerful effort from distance blocked and Wilson shot over the bar.

A spell of concerted possession and pressure from Liverpool involved Ings and Ejaria both sending efforts off target, and Derby held out to go in level at the interval after Ings had curled a free-kick just wide in first-half stoppage-time.

Ings again went close almost immediately after the restart following an incisive forward run and pass from Wilson, but the hosts went ahead against the run of play in the 50th minute when Vernam finished coolly after latching onto Lewis Walker’s through ball.

A combination of a much-improved Derby performance and the strong winds at St George’s Park made it tough for Critchley’s team to get out of their own half in the aftermath of the opening goal.

And on the first occasion they managed to do so after Vernam’s strike, a swift counter-attack from the young Rams ended with Babos adding a second midway through the second period.

Cameron Brannagan tested Derby ‘keeper Jonathan Mitchell and Wilson hit the bar as Liverpool sought a late rally, but there was to be no comeback for Critchley’s side, who remain two points clear of Everton at the top of the table.