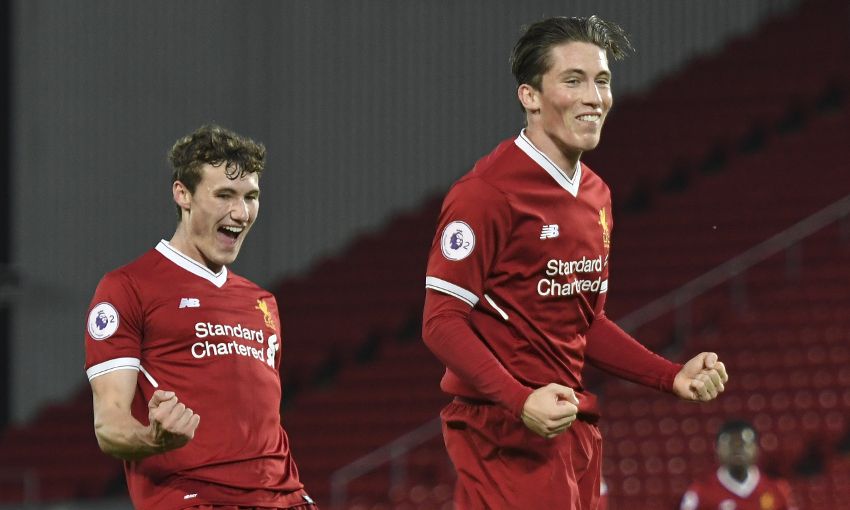 Liverpool U23s extended their Premier League 2 winning streak to six matches with a 4-2 victory over Tottenham Hotspur at Anfield on Friday night.

A first-half hat-trick by Harry Wilson had the young Reds ahead by the odd goal in five at the interval, and Rhian Brewster opened up an unassailable advantage with a stunning lob at the Kop end on 50 minutes.

And that proved enough for Neil Critchley’s side to maintain their flawless opening to the 2017-18 season.

The home side needed less than half a minute to take the lead.

Their opening foray forward led to hesitancy in the Tottenham backline and when the ball bounced to the unmarked Wilson, ghosting in from the right flank, the Welshman produced a precise looping header into the net. 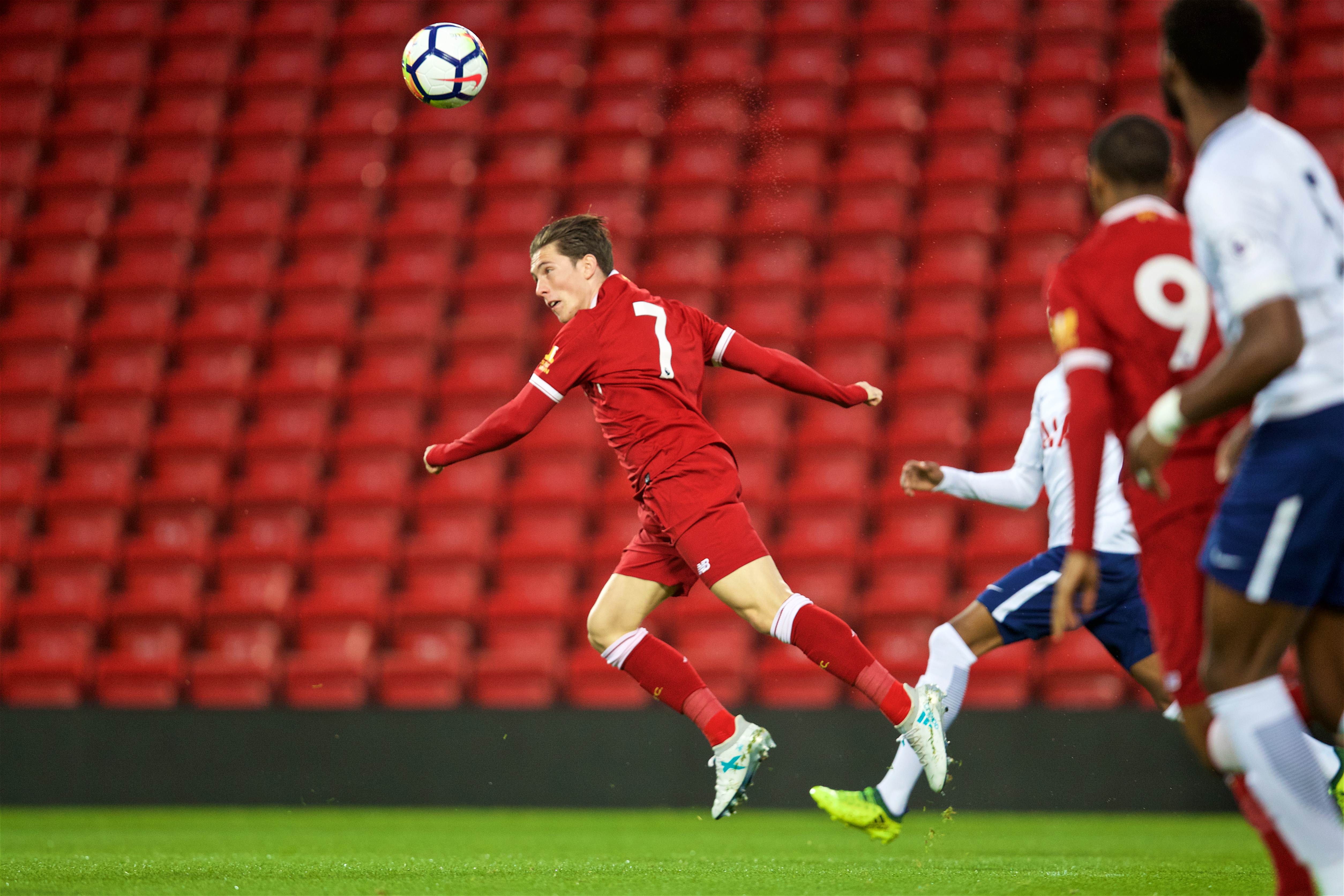 Spurs captain Joe Pritchard flashed a free-kick from outside the area too close to Caoimhin Kelleher, before Brewster untypically squandered a one-on-one situation – his first effort saved and his second skewed wide.

There was no such wastefulness from Wilson on 16 minutes, however.

Lloyd Jones’ knock over the top released Lazar Markovic to run clear and though the Serb’s path to goal was blocked, he intelligently teed up Wilson to his right inside the box for a finish across the goalkeeper.

So far, so good – but the away team soon halved their deficit.

Liverpool were aggrieved by the decision to penalise Jones’ challenge but Marcus Edwards rendered protestations irrelevant by coolly dispatching the ball into the top left corner from 12 yards.

Brewster’s brilliant run and dribble down the left presented Wilson with a hat-trick opportunity that was blocked, and the striker himself later cracked an attempt against the crossbar.

LFCTV GO: Watch the goals from the 4-2 win

And Tottenham made them pay 10 minutes before the interval, with the Reds’ failure to clear their lines allowing Christian Maghoma to expertly pick his spot and equalise.

But, in the closing moments of a breathless first half, there was still time for Wilson to seal a memorable treble and rack up his fifth goal in as many days for Critchley’s team.

The winger, who notched twice at West Ham United on Monday, forged enough space in the right channel of the Spurs box to lash another excellent shot beyond Brandon Austin.

If Brewster had been frustrated in the first half, the feeling washed away five minutes after the action resumed in the second period.

Another well-judged Jones long pass invited the 17-year-old to break in behind, and his ambition in trying to lob the ‘keeper was matched by the technique he showed to find the net in sublime style. 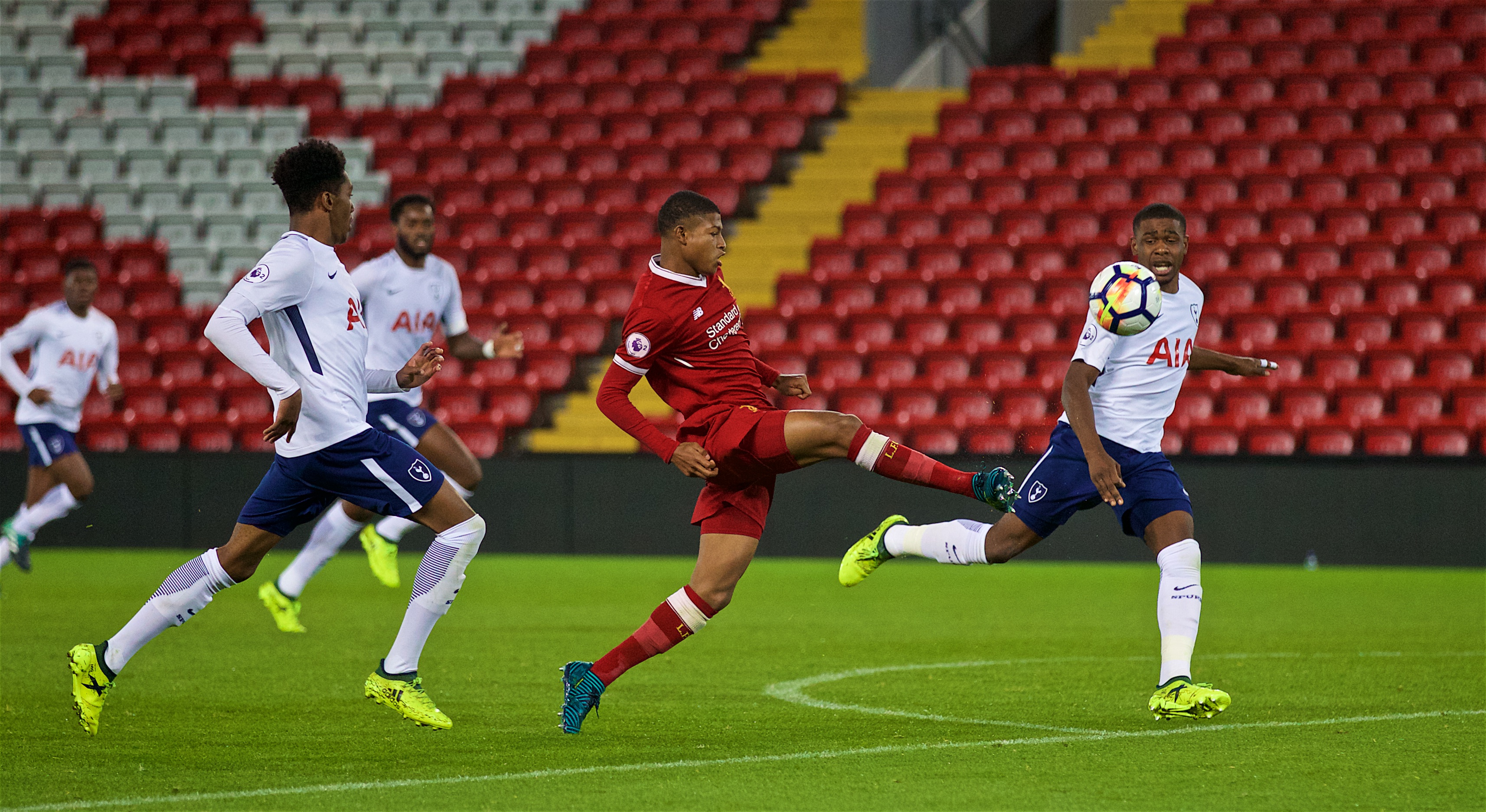 And, though both Brewster and Wilson continued to lead the push for more goals, four was sufficient for the Reds on the night and Critchley’s charges march on at the summit of Premier League 2.