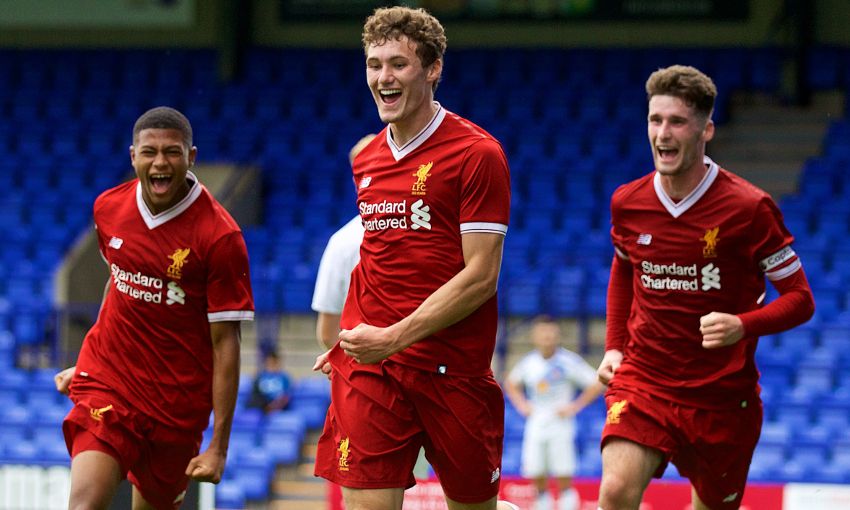 A magnificent late flurry earned Liverpool U23s a 3-0 victory over Sunderland in their Premier League 2 meeting on Sunday afternoon.

Despite promising openings at either end, particularly in the second half, neither side had found the clinical touch as the game entered its final quarter-hour.

But substitutes Rhian Brewster and Matty Virtue made the difference, netting once and twice respectively in a 10-minute period to wrap up a clean sweep of successes for the Reds this weekend.

LFCTV GO: Highlights of the 3-0 win

Neil Critchley was able to call on significant first-team experience for his starting line-up, with Marko Grujic in midfield and Danny Ings once again the central striker. Ovie Ejaria, Ryan Kent and Ben Woodburn were also given minutes.

And they made a lively start in front of a crowd that included Kenny Dalglish at Prenton Park.

Grujic was apologetic after charging through the middle in the 14th minute and reaching the edge of the Sunderland penalty box with options to choose from.

The 21-year-old opted for a shot when a pass left to Kent was perhaps the better choice – and held his hands up as the effort rolled straight to the goalkeeper.

Woodburn was then unlucky to see an instant volley strike a defender having met Sam Hart’s deep cross to the back post with an excellent exhibition of technique. 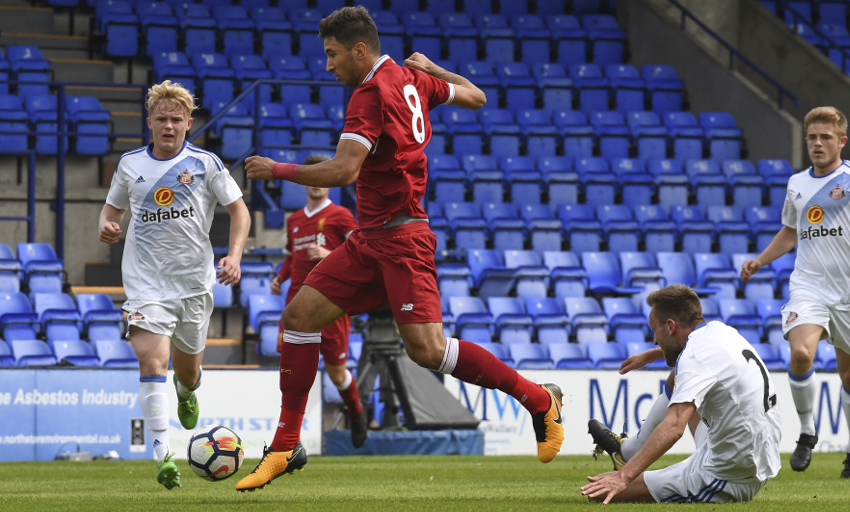 The visitors soon settled, however, and the Reds began to find opportunities scarce.

Indeed, Sunderland should probably have taken the lead themselves eight minutes before the break, when Elliot Embleton drove forward and waited for the support of Jack Diamond in space to the left.

But the latter hesitated instead of taking an attempt immediately, and the chance evaporated.

Luke Molyneux was soon more direct, ducking in to a shooting position off the right side and drawing a neat save from Kamil Grabara at his near post.

Where it took Ings a mere 11 minutes to find the net last weekend, there was little for the Englishman to work with for the majority of the first half here.

Nevertheless, he came closest to breaking the deadlock in stoppage-time, expertly controlling a cross-field punt from Grujic and swivelling to clip a shot narrowly wide of the left post. 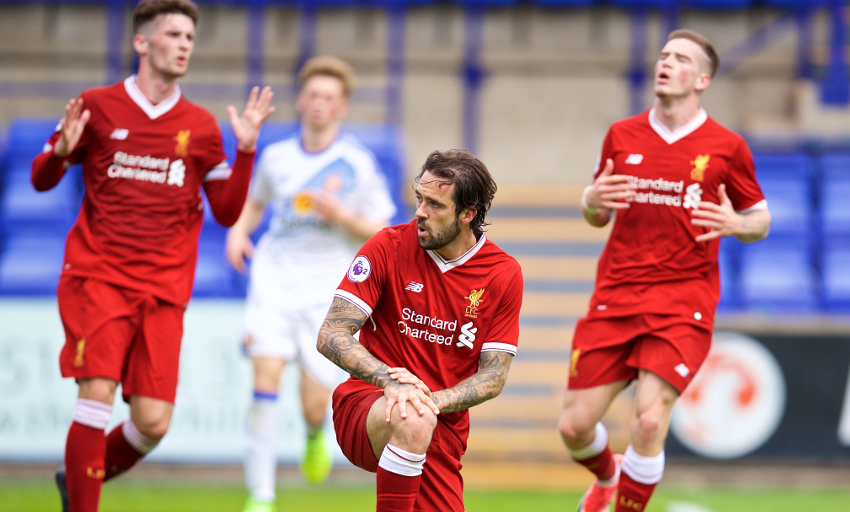 There was still time for a huge penalty appeal by Kent, too. The No.7 stole possession off Tom Beadling and then tumbled under the same opponent’s recovering challenge in the area, but the referee was unmoved.

Ings remained on the pitch for the second half, ultimately playing 70 minutes as he continues a comeback from long-term injury, while Grujic and Kent were replaced by Virtue and Brewster respectively.

And each of the two substitutes were involved in quickfire opportunities for Liverpool to open the scoring around the hour mark.

First, Virtue swept in a low cross from the right flank that Ings was alert to but failed to connect with as Sunderland goalkeeper Max Stryjek approached.

Seconds later, Corey Whelan produced an even better delivery from a similar position, picking out Brewster, whose left-footed finish across goal was tipped wide by Stryjek.

The outcome might have been completely different had the away team taken either of the two brilliant chances they subsequently created.

Molyneux’s footwork in the right channel fashioned room for a cross to the far post, where Chris Allan miscued to blaze over the crossbar when perfectly placed.

He almost made amends by robbing Lloyd Jones in Reds territory, darting in and squaring for Embleton – but the No.10’s attempt at a careful curler flew wide.

And Liverpool made the opposition pay with three decisive goals in the closing stages.

The breakthrough came via a deep diagonal cross by Yan Dhanda from the left which Whelan headed firmly against the crossbar, leaving Virtue to tap in the rebound from close range.

Fellow substitute Brewster then doubled the advantage having raced onto Ejaria’s lofted pass over the Black Cats defence and knocked a finish beyond the ‘keeper.

The two goalscorers then combined to add further gloss to the scoreline with three minutes remaining – Brewster beating the offside trap and squaring for Virtue to sweep in his second and the Reds’ third.