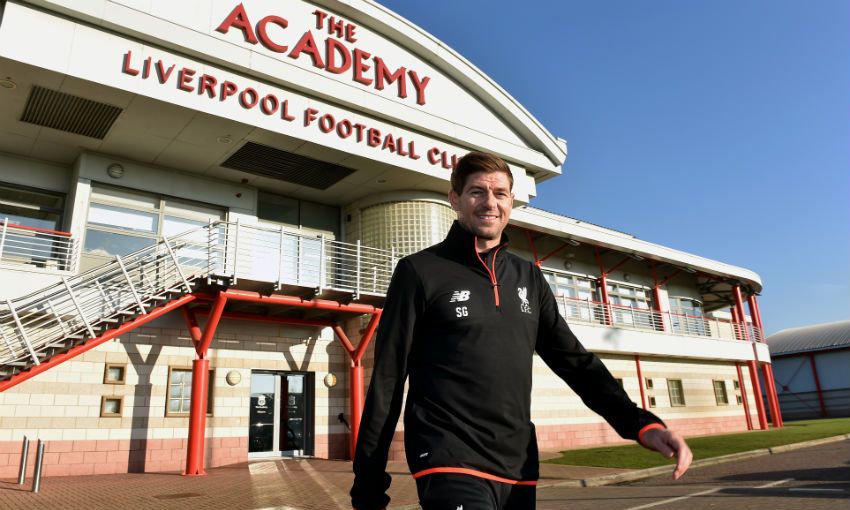 Steven Gerrard considers his first pre-season as a manager to have been a positive experience, but the Liverpool U18s boss sees plenty of scope for further development in the new campaign.

Former club captain Gerrard started his new role at the Academy at the beginning of July, with the last five weeks having included three friendlies and a training camp in Hungary.

The majority of the Reds’ U18s squad also played in an U19s tournament in Switzerland, with Gerrard leading the team to a third-placed finish.

Ahead of the U18s’ first game of 2017-18 against Derby County on Friday - a match that will be shown live on LFCTV GO - Gerrard sat down with Liverpoolfc.com to offer his assessment of how the summer went, both individually and collectively.

“It’s gone really well. I’ve certainly enjoyed it from a personal point of view, it’s great to be out there on the pitch every single day and working with my own team, so I’m learning every day and growing every day,” he explained.

“As far as the team is concerned, they're close to where we want to be, fitness-wise we are probably 80 or 90 per cent and there is still a way to go, but that will come with the games now. The lads are shaping up OK and there’s still lots to work on as well as you can imagine.”

Gerrard is, of course, well placed to offer advice to the club’s current crop of youngsters on how they can graduate from Academy hopeful to first-team regular with Liverpool.

“It has been good and very enjoyable. I miss the game as I’ve said on many occasions and in an ideal situation I’m 25 now and preparing for the Premier League season myself!” he replied, when asked how it felt to manage, rather than play, during pre-season.

“That’s what we tell these players: you’ve got it all in front of you, you are so lucky, look at the facilities and place where you go to work and learn.

“You’ve got a manager [Jürgen Klopp] who gives kids a chance - the pathway is there for you if you want it, but you have to make sacrifices and become obsessed with growing and try to get there.”

Ensuring his players are ready to progress up the ladder at the club is something Gerrard sees as a key facet of his job.

“The big picture and the most important thing is to try and get individuals ready for the first team set-up and even before that get them ready for Neil Critchley’s U23 squad,” the former No.8 noted.

“If they are not mentally tough and physically tough when their name is called up, they are going to fall short and be back down in this squad as quick as they went up. That will help them further down the line.”