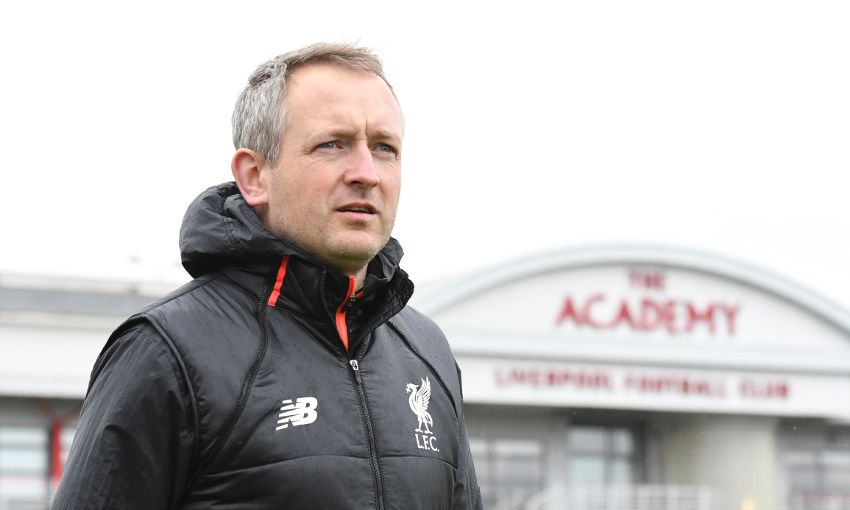 Liverpool's U18s will be led by an inspirational figure next season in the form of Steven Gerrard, according to his predecessor in the role, Neil Critchley.

It was announced on Thursday that the club's former captain take on his first job in management from the start of the 2017-18 campaign, overseeing an age group that has recently produced talents such as Ben Woodburn and Trent Alexander-Arnold for the first team.

And for Critchley, who will step up to take charge of the U23s next term after four seasons with the U18s, the news will provide a big boost for the Reds' Academy setup.

"Steven has been unbelievable. He doesn’t know the importance of his own presence and the influence he has on people as just his presence alone is enough to inspire you," he told Liverpoolfc.com.

"The way he has gone about his business here and the way he has been as a person, [it] has been fantastic to be around his company.

"The boys are going to benefit from that hugely going forward and, with the support he will get around him as well, it can only be a benefit to the Academy as a whole – not just the U18s but the younger players behind them as well.

"It’s big news for the club and it’s a fantastic opportunity for him.

"He’s really loved being at the Academy since he has been here and it’s a role that will be a real challenge for him but one that he will be really looking forward to."

Commenting on his own move, Critchley said: "Because Steven is coming in with the U18s that leaves me an opportunity to move up and work with the U23s, which is a great honour for me as well.

"Hopefully with the staff we have got around us it will make our Academy and our programme stronger than it already is."

Critchley's new role will see him follow many of the young players he has nurtured in recent seasons into the more challenging environment of U23s football.

The 38-year-old expects that to benefit the club's young players as they look to take the next step, and he can't wait to work with them again.

He joked: "I’m not sure they will be thinking that’s a good thing or a bad thing!

"Obviously a lot of the boys in the U23s I have worked with previously and some of them I will get the opportunity to work with again, and I’m looking forward to that.

"We have got some good players here at the Academy right the way through [the age groups] with the work that Alex [Inglethorpe] has done the past few seasons with the staff.

"I’m very fortunate to be in a position where I get the chance to work with some outstanding young players."