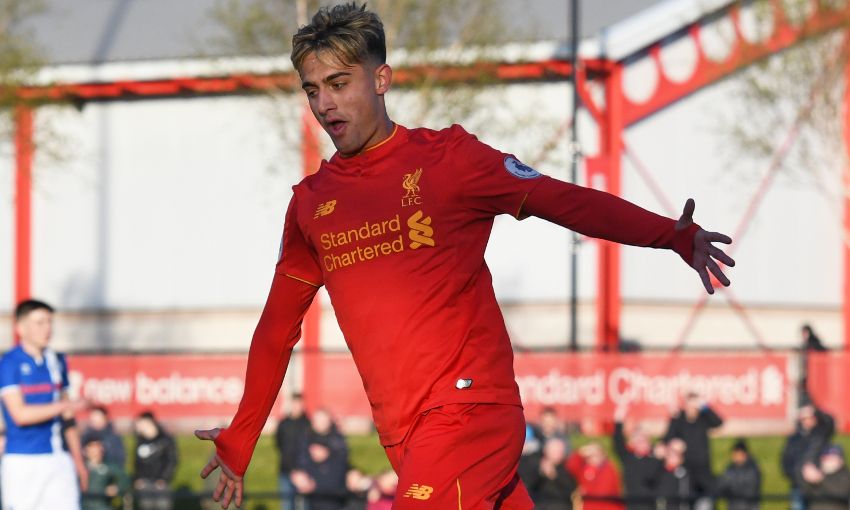 Gerrard: Klopp advice was key to me taking U18s role

Liverpool's U23s secured a place in the final of the Lancashire Senior Cup as they thrashed Rochdale 6-0 on Wednesday.

The Reds did most of the hard work during a fantastic first-half display at Kirkby that saw Yan Dhanda score one, set up both Tom Brewitt and Toni Gomes, and play a significant role in the latter's second strike.

And the 18-year-old rounded off a man-of-the-match performance in the second period, as he confidently slotted home the hosts' fifth.

Matty Virtue later produced a clever finish to seal a comfortable victory, which sets up a meeting with either Fleetwood Town or Blackburn Rovers in the final.

U23s boss Mike Garrity opted to field an entirely different starting XI to that which beat Manchester City 3-2 in a thrilling game on Monday.

And he was rewarded with an energetic start from a fresh team as the Reds took the lead just four minutes in.

After Dhanda's corner was initially repelled, the young forward sent in a teasing cross that required only the faintest of touches from defender Brewitt to turn it home.

The same man was on hand to clock up his second assist just 10 minutes later when his left-to-right dribble opened up space for Toni Gomes to smash the ball in.

And, moments after seeing a curled effort palmed away at full stretch, Dhanda had a goal of his own to celebrate when he ran onto Madger Gomes' brilliant through pass and finished coolly with just a quarter of the game gone.

Dhanda wasn't done there, either. With the half-time break closing in, the No.11 drove at the Rochdale defence before playing in Sam Hart, who produced a sublime dink for Toni Gomes to head in his second from close range.

The hosts' first-half performance had all but sealed their place in the final, and so it was little surprise to see something of a drop in intensity in the second period.

Rochdale, meanwhile, appeared determined to deny the Reds the space they had offered in the opening 45 minutes, and they were largely successful in that regard until just past the hour mark.

At that point, though, a brilliant curled pass from Kane Lewis split the entire visiting defence and left Dhanda alone to finish one-on-one, which he did with little trouble.

And there was still time for Monday's hero Virtue to get in on the act, as he drove into the box before finishing from a tight angle from Toni Gomes' low cross to seal it.