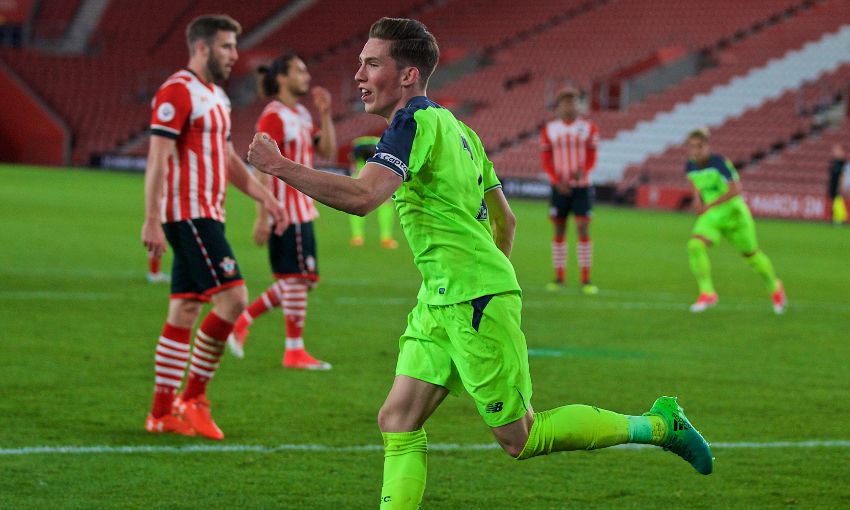 Harry Wilson's heroic double rescued a 2-2 draw for Liverpool U23s in their Premier League 2 clash with Southampton at St Mary's on Monday evening.

The young Reds were on the back foot for much of the first half and fell behind in the 30th minute when Alfie Jones converted from close range.

Mike Garrity’s side improved in the second period, with Wilson at the forefront of their chase for a leveller, but Olufela Olomola doubled the advantage for the home side with a firm finish.

The captain finally found the net just under a quarter of an hour from time, coolly beating the goalkeeper from Kevin Stewart’s assist, and then snatched a point in the 91st minute after winning a penalty, seeing the spot-kick saved and tapping in the rebound.

Southampton made the more industrious start to the game on a crisp and clear evening on the south coast, and might have taken the lead within 20 seconds of kick-off had Josh Sims’ curler not deflected off Conor Masterson.

Undeterred, they set about creating a string of further chances.

Sims sent Ryan Seager into shooting territory in the left channel with an angled pass, prompting a well-timed block by Masterson, before the Saints forwards each cracked efforts over Caoimhin Kelleher’s crossbar.

The consistent pressure from the hosts was leaving Liverpool with a long road to the opposition goal, one which Wilson cut short with a direct pass towards Rhian Brewster on 19 minutes.

He helped to recycle the ball back to the captain, whose ambitious punt for the top left corner from just outside the area was not too far off target.

Harrison Reed and Callum Slattery both brought smart saves out of Kelleher with their own long-range attempts, before Southampton took the lead on the half-hour.

A set-piece from the left hand side was only cleared to Jeremy Pied in space on the other flank and the full-back swept an inviting delivery into the centre of the Reds box.

Kelleher was impressively equal to Seager’s initial effort from close range but the rebound fell fortuitously for Jones to fire home and hand his team a lead they merited on the balance of play.

Garrity’s charges were encouragingly energetic at the outset of the second half and, after neatly controlling a knock forward and stepping infield, Brewster threatened with a fierce drive that soared past the upright.

Wilson led by example in the search for an equaliser, forcing Mouez Hassen into a low save with a bobbling shot and being denied by Ollie Cook’s sliding tackle as he tried to reach Jordan Williams’ through ball.

It was the Welshman’s corner, too, which next allowed Nathaniel Phillips to send a header down towards goal – but Brewster’s attempt to divert the ball high into the net failed. 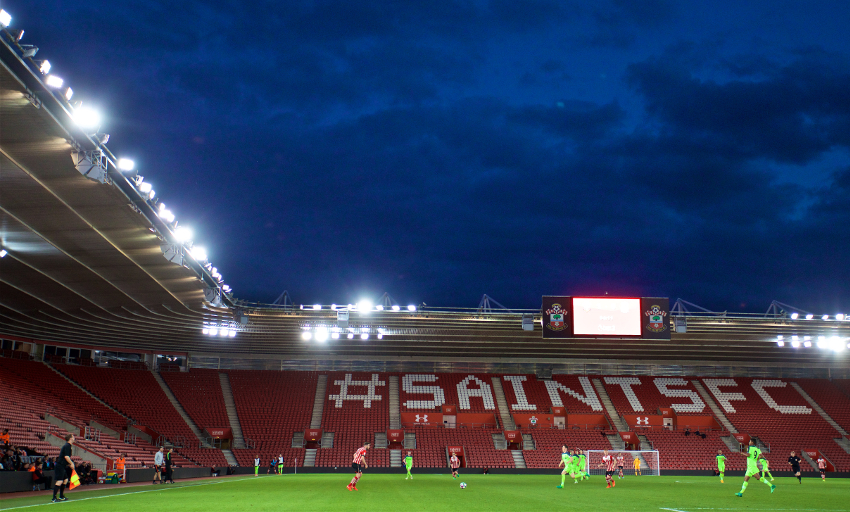 Kelleher’s short clearance was seized upon by Slattery, who quickly moved the ball square to the right for Olomola to blast beyond the ‘keeper for 2-0.

Wilson refused to let the young Reds give up, though, and provided hope on 76 minutes as he scampered onto Stewart’s excellent pass into the area and placed a shot into the far corner.

And the skipper wasn’t finished there.

With stoppage-time under way at St Mary’s, substitute Sam Hart guided a brilliant cross from the left into the box, Brewster flicked on and Wilson was fouled by Sam McQueen.

The winger stepped up to take the penalty himself and though the Saints ‘keeper parried away his spot-kick, Wilson followed in to score on the rebound and earn his side a point.