In our latest Academy column, we speak to U18s goalkeeping coach Neil Edwards about the progress of young stoppers Kamil Grabara, Shamal George and Caoimhin Kelleher.

It is fair to say we have some very talented goalkeepers coming through the ranks and it is an absolute pleasure to help each and every one of them on their journey. I know Kamil and Caoimhin have caught the eye amongst many of our supporters with their excellent displays at Academy level so far, and it is the result of the sheer hard work and dedication the pair have put into their game. Our first-team goalkeeping coach John Achterberg, Mark Morris and myself had seen Kamil and Caoimhin in action before we signed them. They both stood out. 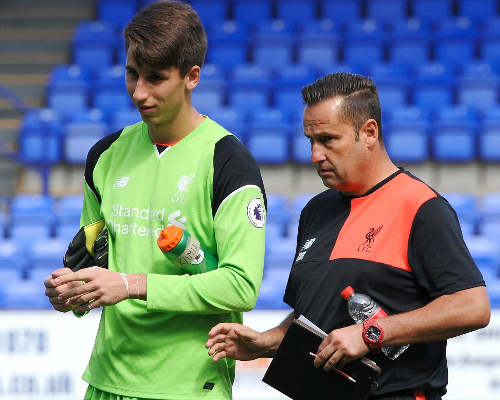 Kamil is a big, big lad, and he has come over from Poland, had to adapt to life in a new country and a different way of playing the game. The pace of the game is quicker in England, there are more challenges on goalkeepers and you don’t get time on the ball. That’s why it’s so important for a goalkeeper in modern football to be really good with the ball at his feet. Kamil has really good attributes. What he is very good at and what has impressed me, is his decision-making. He picks up the danger early and he makes the decision to either catch the ball or punch it clear with his strong hands away from the danger area. That is a good trademark to have. 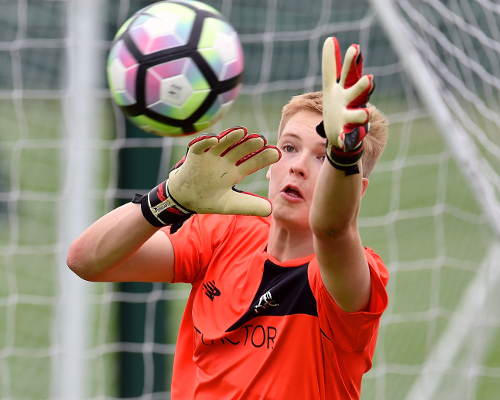 Our young Irish goalkeeper Caoimhin has also made a very promising start to life in England after coming over from Ireland. He has been playing mostly for the U18s, has featured for the U23s and has done well and is making good progress. We also have Ben Williams and Dan Atherton, who are very good young goalkeepers and they are working hard and listening to our advice. Let’s not forget Shamal George, who is also an outstanding young goalkeeper. Shamal trains regularly now at Melwood but he is currently on the sidelines after picking up an injury. Shamal is another big presence with a big character. We have got some excellent competition for places at the Academy. They are all pushing each other hard and with their hard work and dedication as well, as a coach you can’t ask for more than that.

This is my fourth season working at the Academy after previously coaching the U18s goalkeepers at Bolton Wanderers. I knew people like Mark Morris, Andy Renshaw, Steve Cooper and Frank McParland, and I got the offer out of the blue to join Liverpool. I didn’t give it a second’s thought and I signed straight away. This is a fantastic club and there’s nothing you can say about the place that hasn’t been said already. This club speaks for itself. Our Academy director Alex Inglethorpe has brought in some really good people and everyone is pulling in the same direction with the same goal, which is to hopefully one day produce players for the first-team squad. 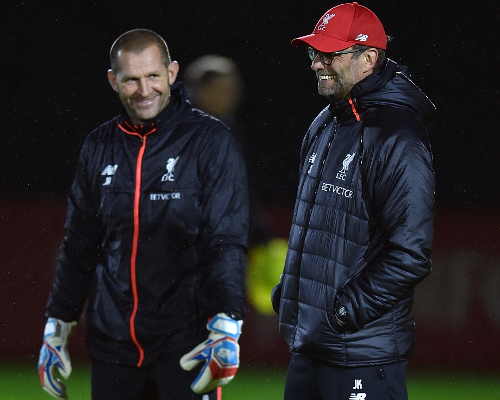 I work closely with our U23 goalkeeping coach Mark Morris and we have regular meetings with the first-team goalkeeping coach John Achterberg when we speak about the progress of our goalkeepers. John is very similar to a guy I worked with at Bolton, Fred Barber. Some of our supporters might remember Fred, who was a great character. John is someone who always gives youth a chance and our young goalkeepers regularly get the chance to go up and train at Melwood with our senior ’keepers. This is brilliant for our young lads because they then get to see the level they need to be at and get even better in order to stay there. John is very hands-on, we speak with him three or four times a week and he is aware of everything that is going on.

Congratulations are in order to Ian Dunbavin, who coaches our U16 goalkeepers. ‘Bavo’ is now full-time and brings great experience in to work alongside me and Mark, and is another valued member. I have to mention the hard work that sometimes goes unnoticed but it’s never taken for granted, from people like PK [Peter Kennedy] and Ray Curtis, who work with younger boys in the evening. We have a great team and we work together extremely well. 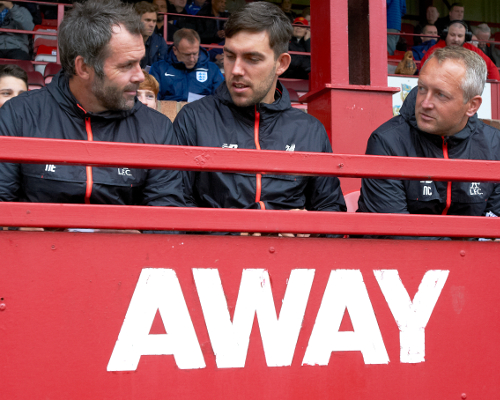 At U18 level we go into Saturday’s trip to Sunderland on the back of a 13-game unbeaten run in the league. It’s something you don’t often get at youth level because of obviously the ups and downs of the young players progressing, and sometimes you don’t always get your strongest squad available. The lads deserve a lot of credit and they have done tremendously well. Don’t forget, Neil Critchley’s U18s team last season had Trent Alexander-Arnold, Ben Woodburn and Ovie Ejaria in it playing week in, week out. Trent, Ben and Ovie have done ever so well but they know this is only the start of their football journey. You have to keep playing well and improving in every training session, not just every time you step out onto the pitch. If you’ve got that desire and that determination to keep going and you keep working hard, then you have the best possible chance of making it in the game.