Match report: Wilson at the double as U23s advance to semis

In our latest Academy column, we speak to U23s coach Mike Garrity ahead of today's Premier League 2 clash with Tottenham Hotspur at Anfield.

Everybody can’t wait for this game against Tottenham and it is extra special for us because it is our last scheduled U23s game at our first-team stadium this season. Whenever we get the opportunity to play at Anfield it’s a real honour, but at the same time we can’t let it affect our normal game and let the occasion get to us. This is all about opportunity. Sometimes boys can be with us between the age of eight and 23 and never get the chance to play at Anfield, so whenever these opportunities present themselves it’s something special for the boys, and I’m sure it’s something that they will remember for the rest of their careers. These are the opportunities when they have a real chance to impress and make a name for themselves.

This will be the third time we will have had the chance to play in front of the Kop this season and it is fair to say we have had mixed emotions. We produced an excellent display, especially in the first half, to beat Arsenal but then we lost 1-0 to Manchester United in stoppage-time. To lose any game in the last minute is a real blow, but it is also a great learning curve for the boys as concentration at all times is such an important factor. 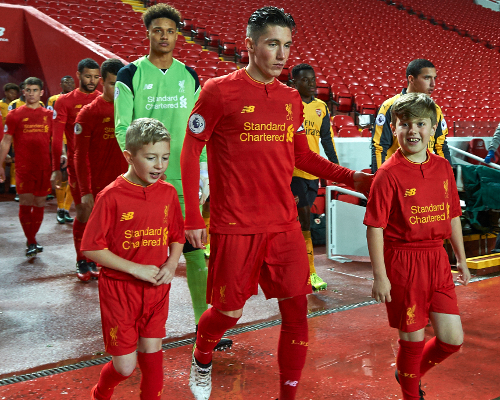 We go into this Premier League 2 clash on the back of a goalless draw last weekend at Sunderland then our win over Bolton Wanderers in the quarter-final of the Lancashire Cup on Wednesday night. Bolton gave us a tough physical game and with our pitch being as it was, it was very demanding on the legs of the players. I thought we showed our quality and it came through in the end. Our captain Harry Wilson continued his excellent form with two penalties and an assist and he is in a really good moment. I was so pleased to see Tom Brewitt get his goal, which he took so well, but he hasn’t stopped talking about it all week on the training ground and he has had some stick from the lads! Tom’s goal was the result of a nicely-worked free-kick. What was good about it was the way Harry and Tom worked it themselves and it was a finish a striker would have been proud of.

Back in September we produced an outstanding display when we beat Tottenham 6-2 at Stevenage. We were flying in that game and we were mind-blowing in the first 30 minutes, when we went 4-0 up. We were fast, furious and played some really good football and scored some fantastic goals. The thing you know when you are playing Tottenham is that it will be a good football match. They have some good technical players, they will pass the ball and want to play the right way, but as per usual our only concern is how well we do and concentrate on our own game. 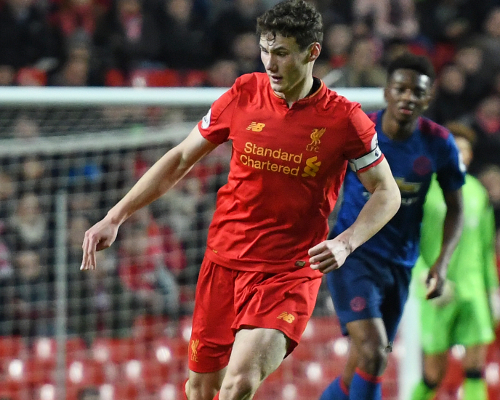 One player who has been a model of consistency all season for us has been Matty Virtue. I have given him the captain’s armband on a couple of occasions when Harry has been with the first team and Matty thoroughly deserves it. What people don’t see is the amount of hard work these boys put into themselves every single day, whether that be off the pitch or on the pitch. Matty is somebody who over the last 12 months has worked really hard at improving his game, both technically and tactically. He is very honest, is very hard-working, he asks questions, he wants to get better and he is willing to put the extra work in to get better. Giving him the armband was just an appreciation of the hard work he has put in, but this is just the start for Matty. He has to keep going and kick on as much as he can and keep looking to progress. 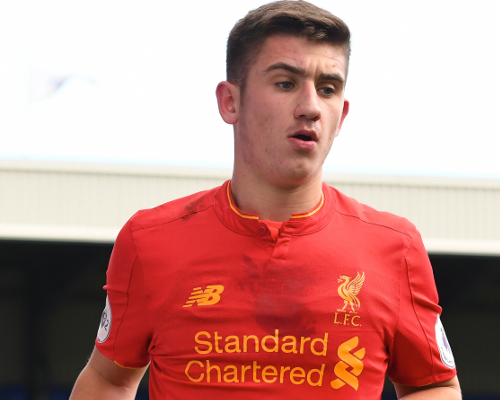 We recently lost a couple of members of our squad on a temporary basis in order for the lads to gain some experience. Cameron Brannagan made the loan switch to Fleetwood Town and I’m sure he will do really well there. Cameron made his first-team debut last season and did well. It’s good for him to get out and get senior football in the Football League, which he needs on a regular basis. Cameron has got really good quality and Fleetwood Town are getting a really good player.

Jack Dunn made a loan switch with a short move across the Mersey with Tranmere Rovers in the National League. Jack has been at the Academy since the age of six and at this stage of his development he needs to play at a higher level than the U23s. He had the spell with Morecambe at the start of this season when he scored a hat-trick, and this is another excellent opportunity for him to play senior football. Jack has to go to Tranmere, work hard and show the quality that we know he has got. 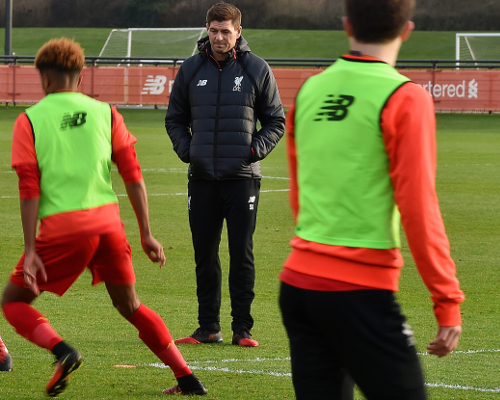 The Academy is always a fantastic place to come and work each and every day and this week there has been an extra buzz in the air among the lads, with our former captain Steven Gerrard starting his work as a coach with us. When you have got somebody as big as Steven in the game, it’s a really good addition. All of his career Steven has been with this club and it’s great to have him back helping the youngsters that are already here and youngsters that sign for us in the future.