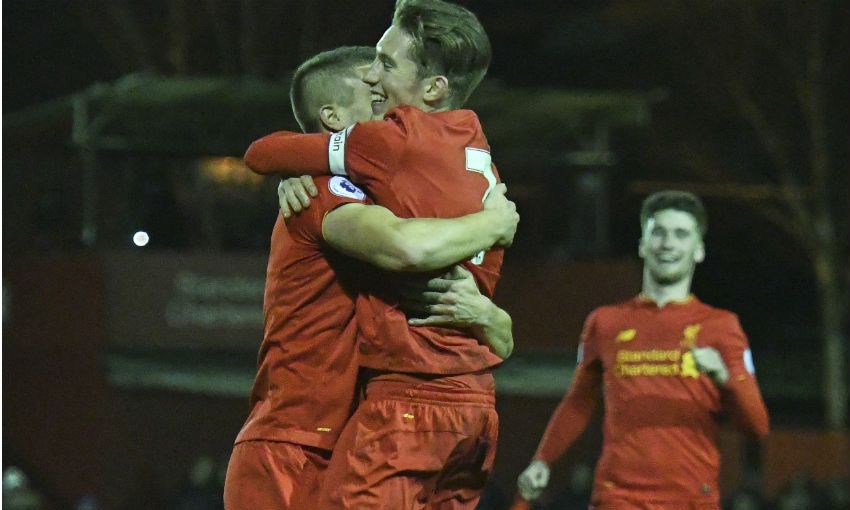 Harry Wilson scored two penalties as Liverpool U23s secured their place in the semi-finals of the Lancashire Senior Cup with a 3-1 win over Bolton Wanderers at the Academy tonight.

The young Reds’ captain - who also registered an assist for Tom Brewitt’s superb second-half goal - was a constant threat throughout the game, and he gave the hosts a deserved lead when he won and converted his first spot-kick of the evening in the 28th minute.

A clever set-piece routine saw Wilson turn provider for Brewitt midway through the second period, before the 19-year-old sent Bolton goalkeeper Jake Turner the wrong way from 12 yards for the second time with eight minutes remaining.

George Newell netted a late consolation for the visitors, but Mike Garrity’s side advanced to the last four with a comfortable victory.

Following a bright start from Bolton, Liverpool served warning of their attacking threat in the 10th minute.

Madger Gomes slid a perfectly-weighted pass into the path of Sheyi Ojo, and Toni Gomes was just unable to make up the ground to get on the end of the winger’s low delivery across the face of goal.

Another incisive move from Garrity’s team ended with Ojo forcing a good save from Turner after Wilson had played him in unselfishly, before Connor Randall bustled his way infield from the left and fired narrowly wide.

It felt like a matter of time before the young Reds went ahead - and so it proved, as the impressive Wilson scored from the spot.

The Liverpool skipper picked himself up after being fouled by Cole Lonsdale to coolly dispatch a low penalty.

Lonsdale then had to be alert to clear Brewitt’s goalbound header from Wilson’s corner as the young Reds went in search of a second goal before the break, and Randall tried his luck again early in the second period, with Turner gathering his long-range attempt.

Madger Gomes should have done better with his header from Randall’s pinpoint cross, but Liverpool got the second goal their dominance deserved courtesy of Brewitt in the 67th minute.

Skipper Wilson fooled the Bolton backline by cutting a free-kick back to Brewitt, and the centre-back opened up his body to side-foot an excellent finish beyond Turner.

Wilson then calmly converted his second penalty after substitute Rhian Brewster was felled in the area by Turner, before Newell pulled one back for a spirited Bolton side.