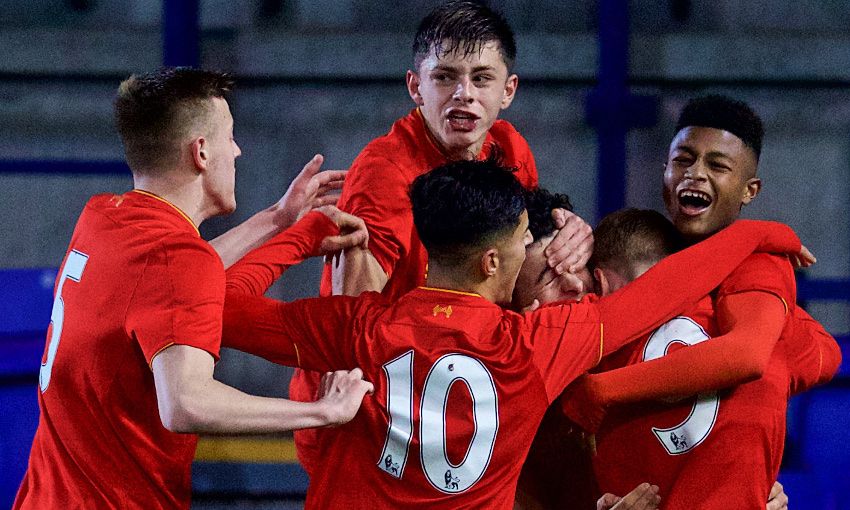 The Reds had come from behind to lead 2-1 at Prenton Park, with Curtis Jones scoring 20 minutes from time and Toni Gomes seemingly clinching the victory in extra-time.

But the loss of Liam Coyle to a second yellow card late on turned the game back in the visitors' favour, and they levelled things up through Kian Flanagan to send the game to penalties.

That late comeback proved immaterial, however, with Kamil Grabara producing two stops in the shootout to mark himself out as the matchwinner and set up a fourth-round clash with Manchester City in the new year.

The hosts made a bright start to proceedings, with Jones seeing an effort deflected just past the post before Eagles goalkeeper Oliver Webber palmed away a Glen McAuley header.

But that pressure ultimately amounted to nothing and, with half an hour on the clock, the visitors were handed an opportunity to take the lead.

Levi Lumeka's burst into the box tempted Diego Lattie into a shirt pull and the Palace striker made no mistake from the subsequent penalty, sending Grabara the wrong way.

A fumble from Webber in the visiting goal almost gave Liverpool a way back before the break but, with his side trailing when the half-time whistle eventually blew, Critchley looked to change things by introducing Gomes. 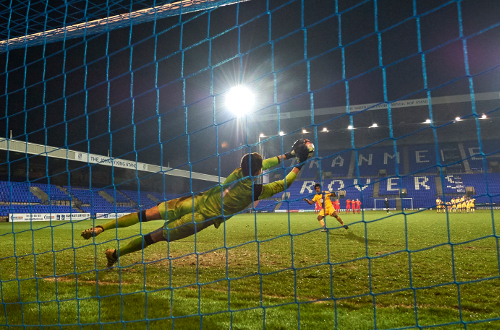 Palace, too, were forced into a change before the second half got under way, with Webber making way for Colm McAdden in goal - and it was to be a busy half for the replacement keeper.

When he made two superb saves from McAuley and Rhian Brewster headers, it looked like it might not the Reds' day, but they refused to be denied.

Jones provided the breakthrough, curling the ball into the far corner after Conor Masterson had launched an attack with a drive from midfield.

Two more good saves from Brewster efforts ensured the game headed to extra-time, but it took just two minutes for Gomes to make his mark as he latched onto a loose ball and shrugged off his marker before producing a fine finish.

Unfortunately, the loss of Coyle to a second bookable offence moments later turned the tide back in Palace's favour, and they made the most of the opportunity with Flanagan firing a low finish home after a period of pressure.

Grabara was twice called into action in the closing stages as the hosts hung on and, as a result, the goalkeeper earned himself the chance to be a hero in the penalty shootout.

The Pole subsequently grabbed that opportunity with both hands, denying Victor Fundi and Tariq Ossai before McAuley rounded things off by converting from the spot.