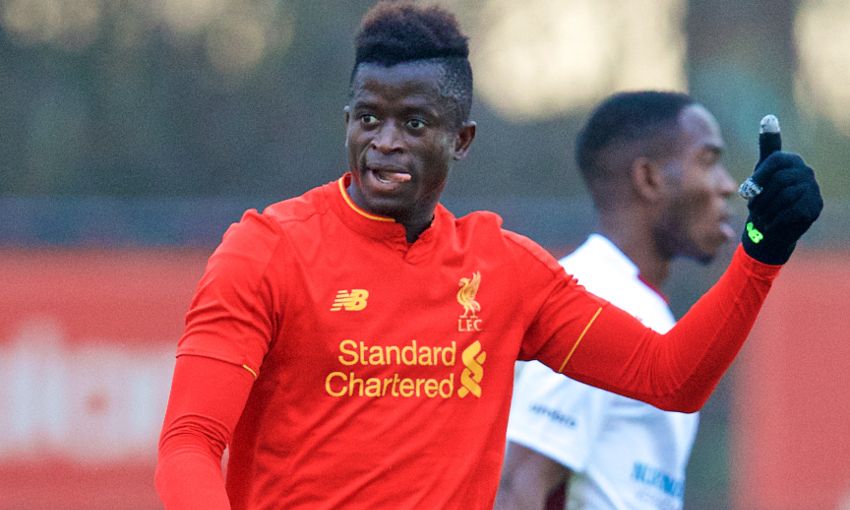 Liverpool U23s were held to a goalless draw by German side FC Nürnberg in a friendly encounter at the Academy on Wednesday morning.

With Academy coaches Mike Garrity and Tim Jenkins in charge of the team following Michael Beale's departure as head coach, a totally different Liverpool U23s line-up was fielded to the one that played out a 1-1 draw with West Bromwich Albion in the Premier League Cup on Tuesday night.

Reflecting on the performance, Garrity told Liverpoolfc.com: "In the first half we played some good stuff and showed the right intentions of how we want to play, but we just couldn't grab a goal.

"The second 45 minutes was really scrappy and we lost our rhythm, but overall it was an important game for a lot of players to get some valuable minutes against good opposition.

"Jake Brimmer played his first 90 minutes in a long time and that is a big boost for him, and it was nice to give Conor Masterson the full game as he made the step up from the U18s."