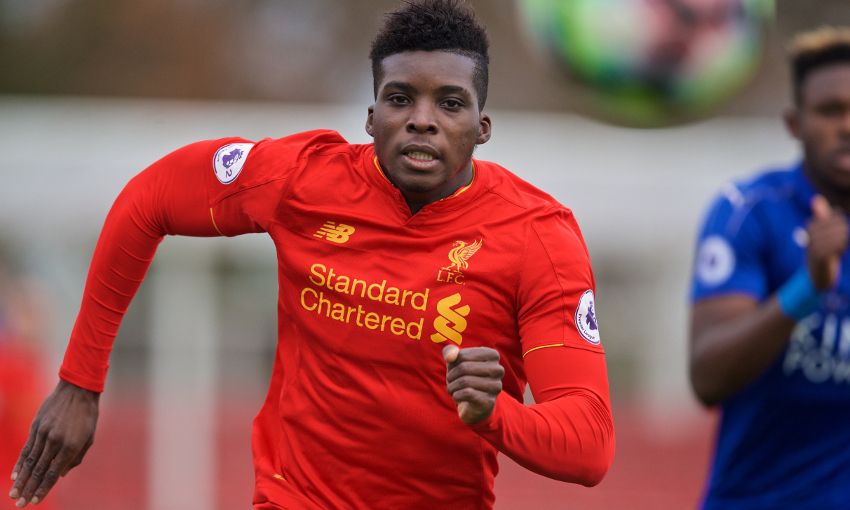 Sheyi Ojo made his comeback as Liverpool U23s went down to a 2-1 defeat at the hands of Leicester City in their final Premier League International Cup game at St George's Park on Saturday.

The former MK Dons youngster played 65 minutes as he made his first appearance since pre-season after overcoming his recent injury woes.

Joe Gomez also stepped up his bid for fitness as he played his third 90 minutes since returning to action.

Harry Wilson had given the young Reds a first-half lead with a header from a Juanma cross.

However, the young Foxes turned the game around in the second 45 minutes thanks to two goals from Layton Ndukwu.

The second of Ndukwu's goals was a simply sublime Xabi Alonso-style effort, as he picked up the ball around the halfway line and arced the ball over Kamil Grabara and into the net.

Michael Beale's side carved out some glorious opportunities in reply but just couldn't find the equaliser.

Reflecting on the game, Beale told Liverpoolfc.com: "First of all it was good to see Sheyi back and he did well.

"Overall it was a poor performance from the standards we have set ourselves recently.

"We were slow getting started but then grew into the game and scored a really top class team goal via Juanma's cross and Wilson's header.

"Brooks Lennon was twice put clean through on goal with just the goalkeeper to beat but was denied by the Leicester goalkeeper.

"They then equalised with a goal on the counter attack and then a fantastic goal changed the game.

"We responded well but it wasn't to be today and overall it sums up our cup campaign where we haven't done as well as we would of liked.

"We now look ahead to Tuesday's game against West Bromwich Albion in the Premier League Cup, when we will be looking to get back to our normal selves and especially in our defensive pressing and work ethic that was a little bit missing today."

If you would like to show your support for the young Reds on Tuesday night against West Bromwich Albion, admission on the gate is just £4 for adults and £1 for children and concessions. Members and season ticket holders can gain admission free of charge, simply by bringing their cards to the ground.