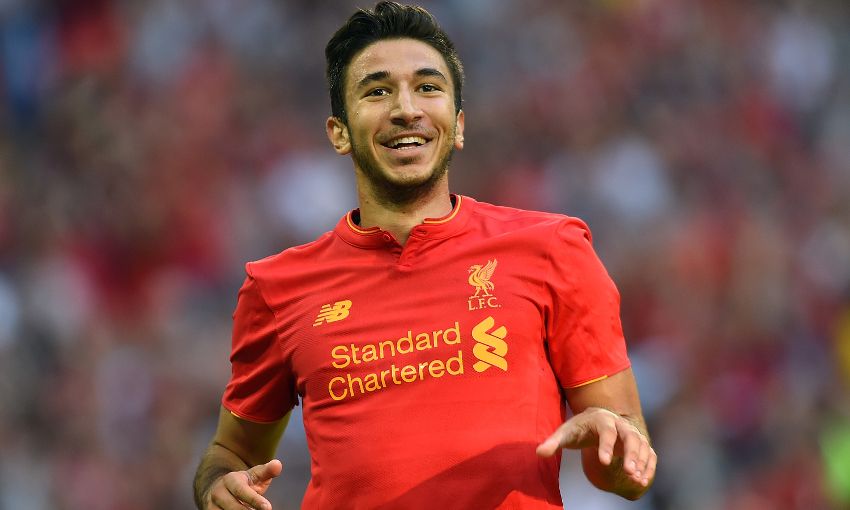 In our latest Academy column, we catch up with U23s boss Michael Beale - who looks forward to the mini-derby with Everton at Prenton Park and tells us why he was so impressed with Marko Grujic in Tuesday's 1-1 draw away at Manchester United.

While it is fair to say we were frustrated to only get a draw in Tuesday’s outing against Manchester United, I can’t be too disheartened by the performance. I thought it was a very strong performance from us and we were the team that took the initiative to attack and try to win the game. We dominated it in terms of possession and chances created but it was just one of those nights when we just couldn’t get that second goal.

We were disappointed with the penalty we gave away because it was just an isolated moment when we switched off and there was no real danger. I thought the response from the lads after that was fantastic, because United defended heavily in numbers close to their box. We managed to carve out four or five really good opportunities to win the game but unfortunately we didn’t take them, while on another day we could easily have come away with three or four more goals. 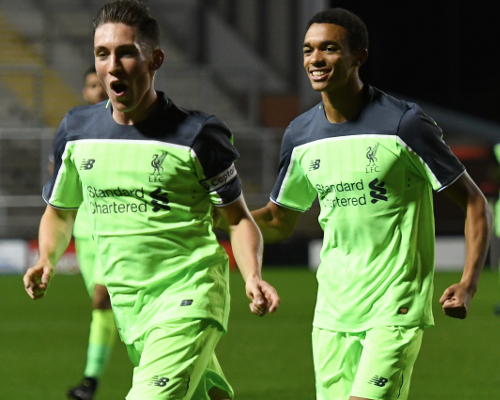 Harry Wilson scored a goal to remember and he is playing really well for us. There is a lot of competition for places in the U23s this season, Harry realises that and so does everybody else, so when you get your chance you have to be on top form. I thought it was a very clever finish from Harry, which was very typical from him from what we have known and have seen throughout the years since he has been at the Academy. He does have a knack of getting in the right place at the right time as well as providing numerous assists. We are very pleased with Harry, especially after the last campaign when he had a stop-start season through injury. He is working very hard to become physically a bit stronger as well but we can be really pleased with his start to the season.

Harry is developing a really nice partnership down the right flank with Trent Alexander-Arnold. Trent took a heavy knock in the opening minute against Manchester United, but he showed what a tough boy and competitor he is by just picking himself up and getting on with things. Trent provides our team with so much energy. When Harry comes inside to get into and instigate attacking positions, Trent has got the sort of freedom to get up and down the wing. He is defending very strongly and is having a big impact on our attack. It was his fantastic cross that led to the scramble in the box for our goal. I’m really pleased with Trent. It’s his first full season for the U23s and he is excelling and is also another player who is reaping the benefits of training at Melwood with the first-team squad. 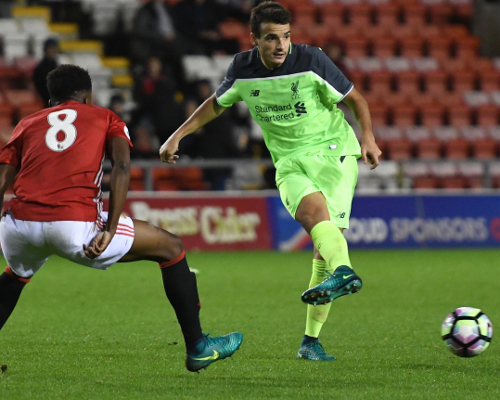 Another player who is getting stronger every game he plays is Pedro Chirivella. He was injured in pre-season but is now showing how talented he really is. Whenever a young boy swaps countries, learns a new language and things like that, it does take a long time to settle properly. We had no doubts that Pedro would go on to show the form he did back in Spain and I must say he has matured hugely in the last six months. You are seeing that in his performances now.

His pressing is very good, he understands when to go and press, and when we are in possession he can act as a playmaker as we saw with that superb pass that put Danny Ings through on goal. Pedro is showing he has got a real attacking intent in his play and I’m really pleased with him. He is enjoying his football, he is at Melwood every day now and reaping the benefits of training with the first team. 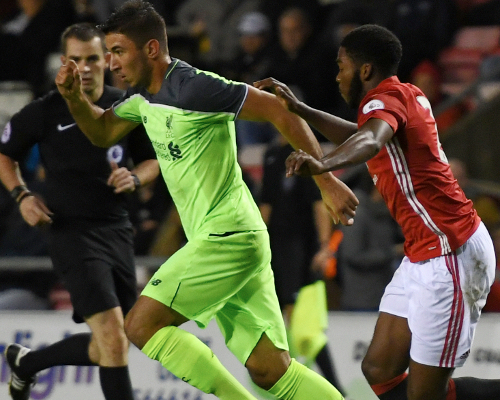 We welcomed Marko Grujic into our squad as he gained a valuable 90 minutes against United. I was really impressed with Marko, with his stature, his composure in possession and he provides a real threat with his passing. He also has a real eye for goal and was really unfortunate not to score on one or two occasions. I remember a fantastic block to stop him scoring and he also had a header and a long-range effort in the second half.

Marko is a player you can see has got a really bright future at Liverpool. I only met him the day before he was coming into our squad and I was so impressed with him. He is such a really nice boy and I have to say, all of the senior boys who have come down to our squad this season have been absolutely outstanding with their attitude and hard work. 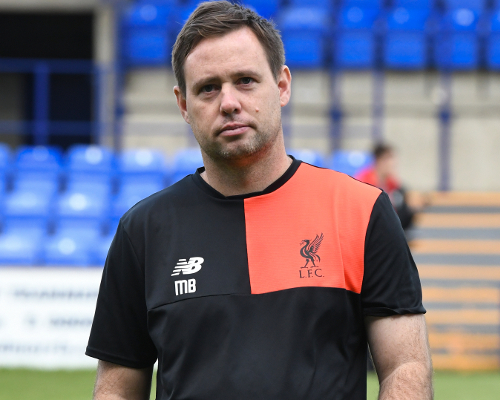 On Sunday afternoon it’s another eagerly-awaited fixture in the calendar for us as we take on Everton in the mini-derby at Prenton Park. I have huge respect for David Unsworth and the work he is doing across Stanley Park. I think we can be very proud on Merseyside of the level of players we produce at the two clubs. It’s a real strong conveyor belt at the moment, as it has been over the years. I know Everton have a really strong team. Every time we play them it’s an outstanding game with lots of intensity and lots of passion and I’m expecting the same on Sunday.

As for the key to winning these games, I think we need to make sure we don’t play with too much emotion and play our normal game. In the past we have done that very well and managed to remain composed. It’s a case of not getting too carried away and play with the same style and personality that you do week in, week out. We won’t change our style for everybody because we are Liverpool Football Club and we have our style of play and culture as a club. Every time we play we want to impose that on our opponents.

Last season we had some lively games with Everton, drawing 3-3 away from home after we were 3-0 up and then losing 3-1 at St Helens. In both games we played really well but conceded poor goals. In the game at Southport, that was probably one of the finest performances for 70 minutes I’ve seen from a Liverpool Academy team. In the game at St Helens, we had all the possession and good chances but we defended poorly in the big moments, so we will be looking to improve that this weekend. The previous season we had two outstanding victories over Everton so I’m hoping we can produce a similar display on Sunday.

You can watch the mini-derby live on LFCTV and LFCTV GO. Kick-off is at 1pm BST but join our build-up from 12.30pm with Mark Benstead and Neil Mellor.