In our latest Academy column from Kirkby we speak to Liverpool U23s boss Michael Beale about the first-team debut of Ovie Ejaria and the 6-2 thumping of Tottenham Hotspur on Monday night.

It was another proud and a huge moment for the Academy when our manager Jürgen Klopp handed Ovie Ejaria his first-team debut as he came off the bench against Derby County in the EFL Cup on Tuesday night. It was also a proud moment for Ovie himself and his family. He came up to Liverpool from Arsenal two years ago and it was his dream to try and get in our first-team squad. Ovie has developed hugely in the last 12 months and even in the last two or three months when he has been around the first-team I have seen him grow so much in stature as a young man and as a football player. I think it’s fantastic our manager has shown that faith to use him, and Ovie will be looking to kick forward onwards and upwards now. 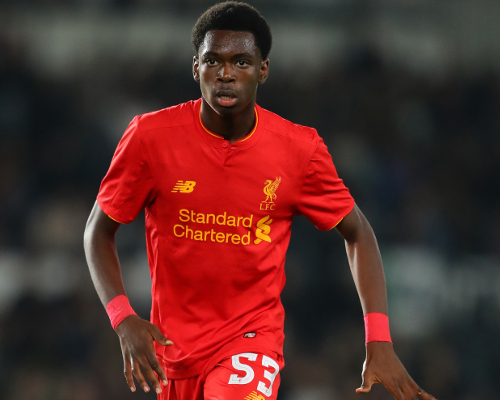 I remember first seeing Ovie when he was at a very young age during my time at Chelsea. We had a local development centre down in south London and Ovie’s U7s team were invited to come along and train. Ovie trained with the Chelsea U8s group alongside the likes of Dominic Solanke and Tammy Abraham, who are two of Chelsea’s brightest young players. Ovie was always really sought after, even back then. He chose to sign for West Ham United and then Arsenal got him. I always kept an eye on his progress throughout the years and then we crossed paths again when he signed for Liverpool. Our head of Academy scouting and recruitment, Matthew Newberry, brought him in for training and we were reunited again. He is a pleasure to work with and our Academy director Alex Inglethorpe liked what he saw from him, and the same with Neil Critchley and Mike Garrity when he first started out in our U18s team. We offered him a scholarship and it was a fantastic decision.

For me, having known him and his family when he was so young, it’s a really nice story to see him make his debut. Obviously. there is a long way to go, Ovie knows that and he knows how much hard work is ahead. He has always had the ability. He was very much self-taught in terms of his ability to play the game. He is a boy that was late in terms of his physical development and we have seen that during his time with Liverpool - he started to dominate games. He has also worked very hard on the defensive side of his game and I can tell you he is a boy that really wants to learn and he always takes on the advice of the coaches. To make your debut for Liverpool is a huge, huge thing for any player. 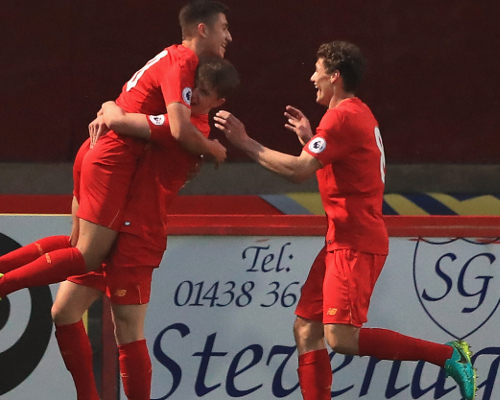 Last Monday night the boys gave another excellent performance as we followed on from the display against Leicester with the 6-2 win at Tottenham Hotspur. We played very well and we had a game plan which we carried that out so well. We were 3-0 up in the opening eight minutes and we were very ruthless with our finishing. It was a different type of game to the one against Leicester City, but nevertheless it was even more impressive the way we went about our job. Joe Maguire, Cameron Brannagan, Matty Virtue and Toni Gomes came back into the team and they were fantastic. They were disappointed to miss out on a place in the starting XI in the Leicester game but they trained very hard and were excellent in our friendly victory over the Qatar national U20 team. It was a fantastic result against Tottenham who have, as we all know, a fantastic youth setup themselves. I was delighted for Cameron to see him score two brilliant goals. He was back to somewhere near the level we expect from him. We know he is able to dominate games with his tenacity and football ability but we want him to score more goals because he is capable of doing that. He has taken that on board, scoring against Qatar and then getting another two at Tottenham - long may that continue.

The boys are full of confidence at the moment. They are working hard and they all want to try and impress our manager. With some managers you are unsure of exactly what they want when you are a young player, but I think that Jürgen and his staff have certain non-negotiables in terms of your focus, your attention to your defensive duties, your quality in possession, your willingness to work hard, and I think that has given our young players a lot of clarity. Therefore, it gives them a real strong focus in their training and their work. I’ve seen our boys look a lot more hungry and working ever so hard to try and achieve their dream.

We hope to continue our good form when we host Sunderland at Prenton Park on Sunday (kick-off 1pm BST). I was particularly disappointed with our performance in the league when we lost 2-0 to Sunderland at Chester last season, but having said that they were one of the strongest teams at this level last season and they just missed out on the title. They are very strong again this year and have started exceptionally well. We will have to be at our best and Sunderland certainly will give us a different challenge to what we have faced in the last couple of games. 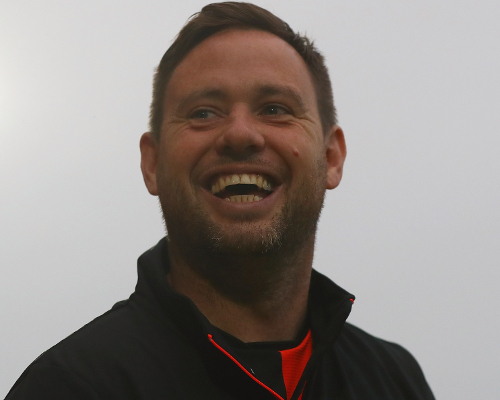 The games are coming thick and fast for us now. We face Wolfsburg in the Premier League International Cup on Wednesday night at Prenton Park, followed by a trip to Ipswich Town in the Premier League U23 Cup at Portman Road on Sunday. They will both be another different challenge for us, but that’s what we want and we want to be playing lots of games. One of the criticisms aimed at U21 football - now U23 football - is that the games are very sporadic. We can’t complain about that at the moment because we are playing every three or four days, which is great for these young players. We have got to do ourselves justice because we have a lot of players fighting for places, which is exactly what we want. Our message to the players is if you get your chance and do well then you have got to make it very hard for the coaching staff to ignore you or leave you out. It will be impossible for us to play the same XI over these next three games and play with the same energy and intensity, so there is going to be opportunities for players - they must take them.

If you would like to watch the U23s take on Sunderland and Wolfsburg at Prenton Park, admission on the gate is just £4 for adults and £1 for children and concessions.