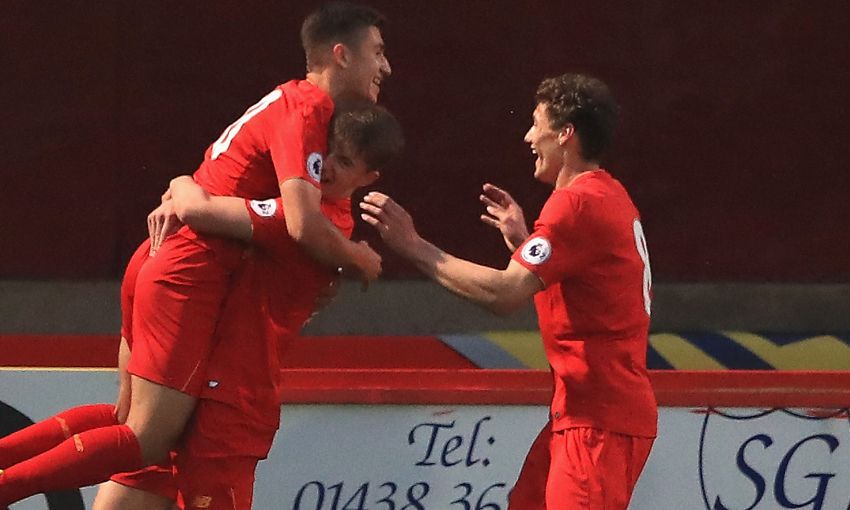 Wilson: Leicester display our benchmark for the season

After a magnificent 4-0 win over Leicester City in their previous outing, Michael Beale’s charges kept up their encouraging form with another excellent attacking performance.

Cameron Brannagan netted twice and there were other strikes from Harry Wilson, Ben Woodburn, Trent Alexander-Arnold and Brooks Lennon.

The young Reds made a terrific start to the game when they went 3-0 up in the opening eight minutes.

Brannagan then got in on the act when he made it three, and the lead got even better just past the half-hour when Alexander-Arnold fired an unstoppable drive from more than 20 yards out into the back of the net.

Spurs pulled a goal back just before the hour mark through an excellent finish from Marcus Edwards, but Brannagan added his second with another great strike to make it 5-1.

Substitute Lennon then made it 6-1 on 84 minutes, before Spurs claimed a second consolation in injury time from the penalty spot through Ryan Loft.

Reflecting on the win, Beale told Liverpoolfc.com: "We started ever so well and carried on from our display against Leicester City.

"We pressed really well and scored some outstanding goals.

"Ben [Woodburn] got three assists and a goal and I was delighted for Cameron [Brannagan], who scored two outstanding efforts and provided an assist.

"Trent [Alexander-Arnold] scored a wonderful goal and he deserved that.

"Kevin Stewart and Matty Virtue set the tone for the rest of the team with outstanding displays in midfield.

"Overall, it was a very pleasing performance from the lads."

Beale's charges return to action on Sunday when they host Sunderland at Prenton Park - a match you can watch exclusively live on LFCTV from 12.30pm BST.