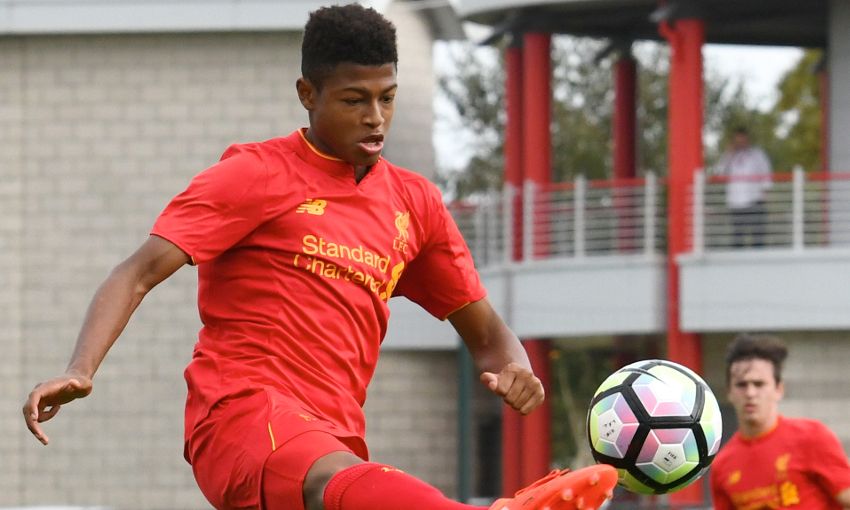 Wilson: Leicester display our benchmark for the season

It was a frustrating afternoon for Liverpool U18s after they fell to a 2-1 defeat away to Middlesbrough on Saturday.

Rhian Brewster netted for the second week running with another excellent finish, but despite dominating the second half Neil Critchley's side just couldn't grab the equaliser.

Reflecting on the loss, Critchley told Liverpoolfc.com: "It was a very frustrating day for us.

"We didn't start the game well and conceded a poor goal following a free-kick.

"Yan Dhanda, playing at right wing-back because Rafael Camacho was away on international duty with Portugal, was so unlucky when he hit the post from a free-kick just before the break.

"We dominated the second-half but then conceded another poor goal when we completely missed a long clearance by the Middlesbrough goalkeeper, and their striker couldn't believe his luck as he went around Caoimhin Kelleher to make it 2-0.

"Rhian scored an excellent goal to give us hope and we had so much of the ball, but the pressure sadly didn't tell in the end."

The U18s will hope for better fortunes next Saturday when they host Everton in the mini-derby at the Kirkby Academy - a game you can watch live on LFCTV from 10.30am BST.