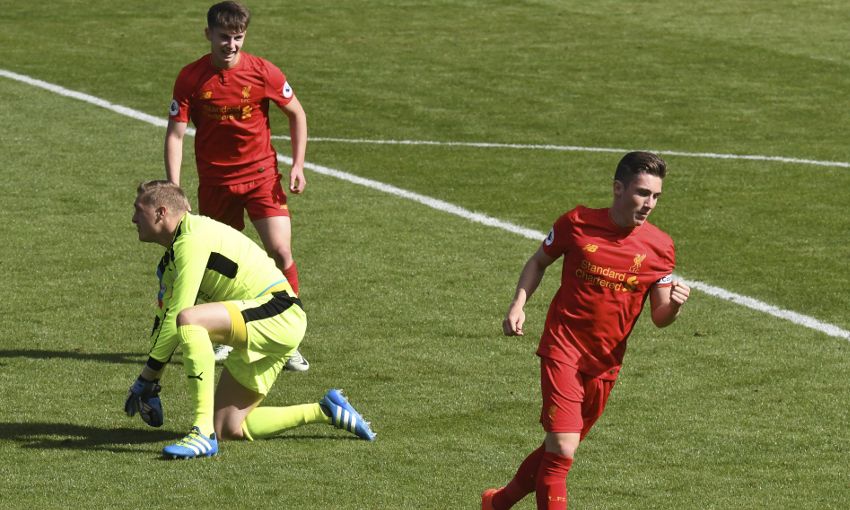 Liverpool U23s completed a clean sweep of victories for the club this weekend with a highly impressive 4-0 win over their Leicester City counterparts on Sunday.

With Jürgen Klopp watching on from the stands at Prenton Park, the young Reds perfectly followed up the first team’s success against the Foxes and the U18s’ 3-1 result at the Academy.

It was a display brimming with outstanding individual performances which combined to produce a series of exquisite team goals and a fully deserved outcome.

Danny Ings opened the scoring within three minutes, tapping home the simplest of finishes from a yard out after Ben Woodburn scampered in from the left flank, cut inside and sent a cross-shot into the middle.

U23s captain Harry Wilson might have done better with a header from inside the box and Ings was not too far away with an overhead kick, before the Reds doubled their lead.

The second goal came from Woodburn in the 17th minute and was an excellent team move.

Kevin Stewart, back in action after appearing as a substitute for the seniors on Saturday, fed Ovie Ejaria and the ball was slipped through to Trent Alexander-Arnold on the right wing.

He drove an inviting delivery straight across the six-yard box and Woodburn arrived first to divert home.

In the blink of an eye it was 3-0, with Wilson the man on target this time, capitalising on a loose ball to clip into a gaping net after Woodburn had been picked out by Pedro Chirivella in behind but was blocked by the goalkeeper.

Confidence spread throughout the Liverpool side and Ejaria increased their tally further by diving to head home Wilson’s delicate, diagonal dink into the area 10 minutes before the interval.

Alexander-Arnold was inches away from a fifth when Chirivella spun a superb pass into his back-post run, but the right-back saw his prodded, low strike bounce away off the woodwork. 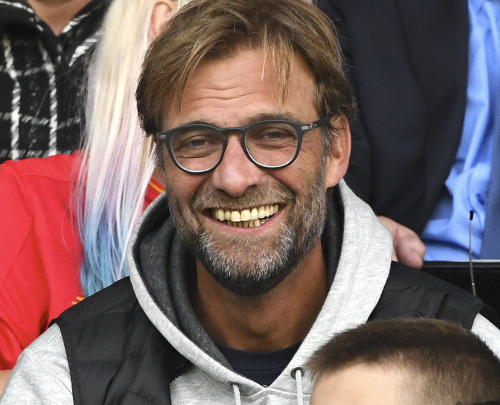 Klopp applauded at length as the players heading into the dressing room for half-time, and it seemed that the Reds had no intention of letting up in the second half.

Only a fine reaction save from the Leicester goalkeeper denied Tiago Ilori from notching a fifth when the defender rose to glance Wilson’s corner-kick goalwards on 48 minutes.

And Chirivella was desperately unlucky to hit the left post with a side-footer from 20 yards shortly after the hour mark, following great hold-up work by Wilson from Stewart’s long pass.

The tempo did eventually ease, and the Foxes struck a post themselves through Admiral Muskwe late on, but the final whistle confirmed a satisfying result for Michael Beale’s side and one Klopp is unlikely to forget.