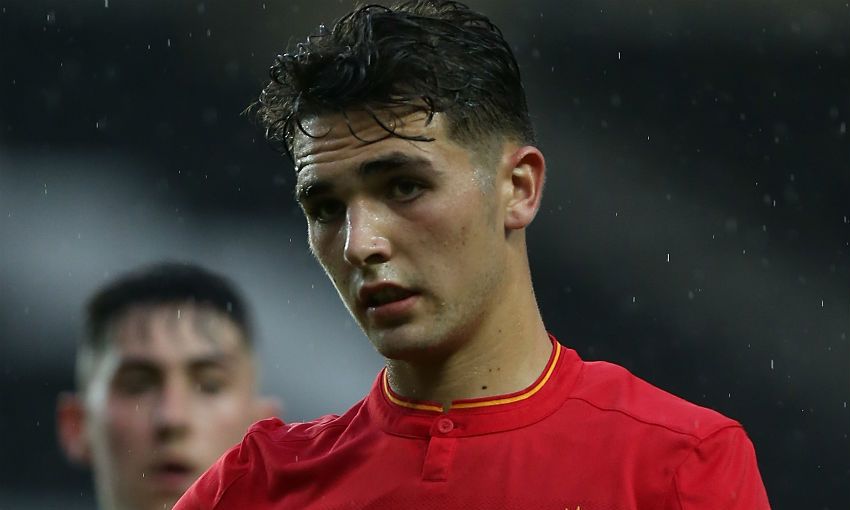 Adam Phillips has called on Liverpool's U23s to put their disappointing start to the season behind them at Arsenal tonight.

Michael Beale’s side lost 4-1 to both Southampton and Chelsea in their first two games of the new campaign ahead of their trip to Emirates Stadium.

Phillips believes his team lacked a cutting edge against the Saints and the Blues, but hopes the plush surroundings of the Emirates - where the U23s lost in the Youth Cup last season - will inspire them this evening.

“I think we’ve played well at times and created quite a lot of chances in both games, but we could be a bit more clinical. Hopefully we will be on Friday and we can get the result that we deserve,” he told Liverpoolfc.com.

“It’s a great stadium, nice pitch, nice dressing rooms. Arsenal are a good team themselves so it’ll be a tough test for us but hopefully we can get the right result.”

Tonight’s match comes just four days after the U23s’ defeat at Chelsea and midfielder Phillips wants to get that result out of their system.

“I think that’s what we’re trying to do - to put the result behind us, look at the performance and what we didn’t do well. We’re lucky we’ve got a game so quickly so we can bounce back straight away,” the 18-year-old added.

Subscribers to LFCTV or LFCTV GO can watch Liverpool’s U23s attempt to kickstart their season at Arsenal this evening (7pm BST kick-off).