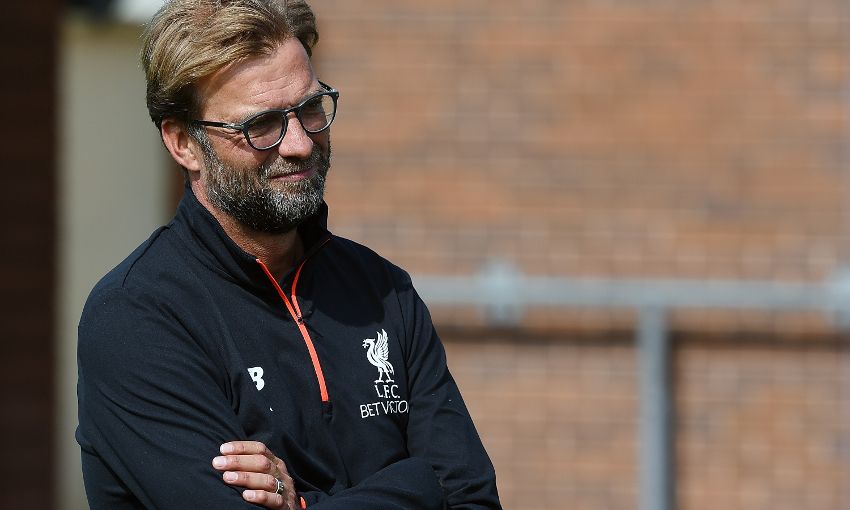 “It's been amazing. Absolutely amazing.”

When asked about the effect Jürgen Klopp’s willingness to give youth a chance has had at Liverpool’s Academy, U18s boss Neil Critchley makes his viewpoint crystal clear.

Earned from his time at Borussia Dortmund, Klopp arrived at Anfield last October with a reputation as a manager prepared to blood youngsters into first-team football.

Several Academy players were duly given the chance to shine in the Reds’ senior set-up last term, while teenage trio Ovie Ejaria, Trent Alexander-Arnold and Ben Woodburn were involved in the first team’s pre-season preparations for 2016-17.

The evidence would seem to suggest that Klopp is a proponent of the old adage ‘if you’re good enough, you’re old enough’ – and that is a feeling that enthuses players and coaches alike at Kirkby, Critchley explains.

“If the players don’t get an opportunity then the Academy is almost redundant,” the U18s manager tells Liverpoolfc.com.

“The one thing about Jürgen coming in is that he’s played them, he’s given them that opportunity, last season and in pre-season. If that doesn’t serve as an inspiration to the staff and the players here, then I think we’re in the wrong job or at the wrong club.

“It’s been amazing, absolutely amazing. You think ‘if he’s getting a chance, then maybe he’ll get a chance’.

Academy director Alex Inglethorpe said recently that Klopp’s style of management offers ‘hope’ to Liverpool’s youngsters, and Critchley is in complete agreement about the impression the German has made at Kirkby.

“I don’t think he can give any bigger an impact [on the Academy],” Critchley, who joined Liverpool from Crewe Alexandra three years ago, adds.

“He’s shown great faith in them, the reports that are coming back are positive – but you’d expect them to be because he’s playing them. He wouldn’t play them if he didn’t think he could trust them or think they were good enough.

“He’s got a big squad and plenty of players there so he could easily find a way of not playing them, but they’ve gone in and they’ve done well. Long may that continue.”

But while all at the Academy feel a sense of pride and satisfaction when a player makes the step up to join Klopp’s squad, Critchley insists nobody there is resting on their laurels.

“They’ve had that taste [of first-team football] now, but don’t just get the one or two starts, get five, 10 – start building a career,” he continues.

“Can you do it in the Premier League? That’s the challenge for us as staff, and for the players as well.”