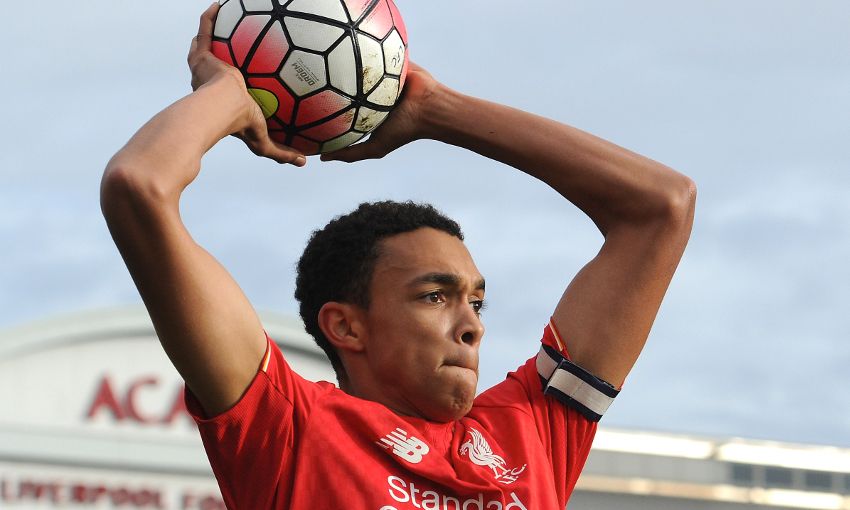 It was a frustrating day for Liverpool U18s as they fell to a last minute winner as Blackburn Rovers claimed a 2-1 victory at the Kirkby Academy on Saturday morning.

This was the first game of the play-off stage in the Barclays U18 Premier League as the young Reds bid to try and become national champions.

The away side took a first-half lead, but captain Trent Alexander-Arnold equalised with a brilliant goal with seven minutes left to play.

However, a set-piece was to prove decisive as Blackburn got the last-gasp winner to get the victory.

On the plus side Critchley was able to welcome back Corey Whelan after injury when he made an appearance off the bench in the second half.

Reflecting on the 90 minutes, U18s boss Neil Critchley said: "It was very frustrating to lose the game but I wasn't displeased with the overall performance.

"We had a lot of the ball and were in control for long periods of the game.

"Trent scored a brilliant goal and played really well for us, and I thought we would then go on to to win it.

"Unfortunately we didn't defend well from a free-kick and ultimately lost the game.

"A big bonus for us though was getting Corey back and he has made a quick recovery from his injury.

"We will now look to bounce back next week when we have a fantastic night to look forward to when we play Arsenal in the FA Youth Cup quarter-final at the Emirates next Friday."