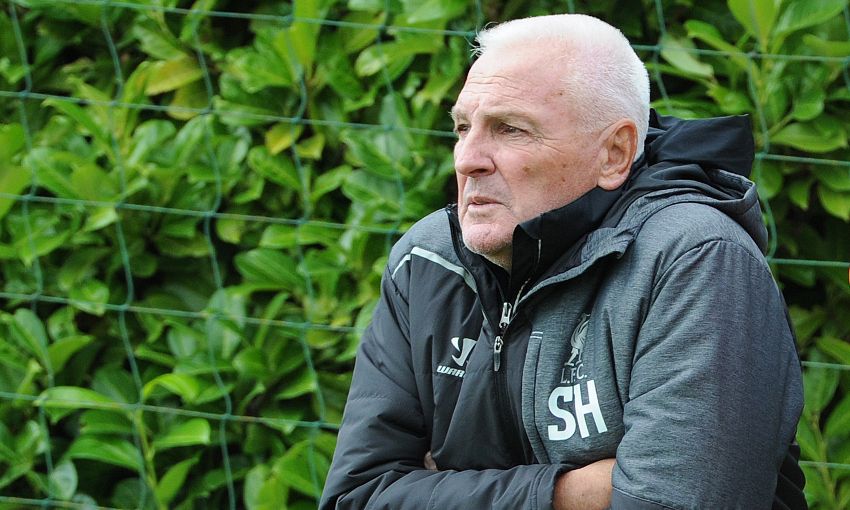 Liverpool Football Club are delighted to announce that Steve Heighway has returned to the Academy on a full-time basis as a consultant.

The Reds legend guided the likes of Robbie Fowler, Steve McManaman, Michael Owen, Jamie Carragher and Steven Gerrard into the first team during a remarkable 18-year stint as head of youth development at the club, which ended when he retired in 2007.

Academy director Alex Inglethorpe first looked to tap into that experience in January 2015, when he asked Heighway to take up a part-time role at the Kirkby complex.

Now, the former midfielder, who made 475 appearances in a red shirt between 1970 and 1981, will again play a key role in helping develop young players for the Reds after accepting the offer to return full-time.

Reflecting on the decision, Heighway said: “I had to think about it. Obviously my lifestyle has changed since I made the decision to leave all those years ago, and I have had a fantastic six or seven years travelling all around the world and doing a lot of coaching.

“[But] Alex [Inglethorpe] is a persuasive man.

“It was difficult to leave in the first place, but I had something like 28 or 29 consecutive years of coaching kids and dealing with kids, dealing with parents and running this place [the Academy].”

Explaining what will be expected of him in his new consultancy role, the former Republic of Ireland international added: “I’m pretty clear what Alex wants from me, particularly working with the 15- and 16-year-olds. We are calling it a consultancy.

“I must make it very clear that I’m not in charge and I’m not Alex’s assistant in any way and there’s terrific staff here. Each team has their own coach and they are all very, very good. I guess my job is to try to see is there anything I can add to that?

“Because my position is to not directly coach a team or not to have any responsibility for any management or organisational activities at the Academy, is there anything I can provide that is over and above what is already being provided?

“Alex might want me to speak with a parent, as I’ve spent my life doing that, so maybe I can be the icing on the cake. But I must stress that the staff Alex has in place with all of the teams are very, very good and they have welcomed me with open arms.

Heighway, who turns 68 next month, expects to strike up a fruitful relationship with Inglethorpe as the two share the same ethos when it comes to the development of young players.

He continued: “Alex shares those values and that’s why it’s been very easy for me to say yes. I like working under Alex’s leadership, and he does give leadership to this place.

“His values are exactly the same as mine, there’s no question about that. The kids have to be good people as well as good players.”

Meanwhile, Inglethorpe spoke of the 'inspirational' influence of having such an important figure in the Academy's history present on a regular basis.

He said: “I think everyone would agree who has had the chance to work and speak with Steve, that his influence around the place has been inspirational.

“He is incredibly knowledgeable and he is really happy to share that knowledge as well, which is important because he is very giving of his time and his ideas.

“His best quality is he genuinely loves the game and the players and that comes through, and they know that.

“The players and coaches have his approval and they want to impress him, which is a mark of a very talented coach and man.

“We feel very fortunate to have Steve back with us at Liverpool.”

Academy column: We can all learn from Heighway