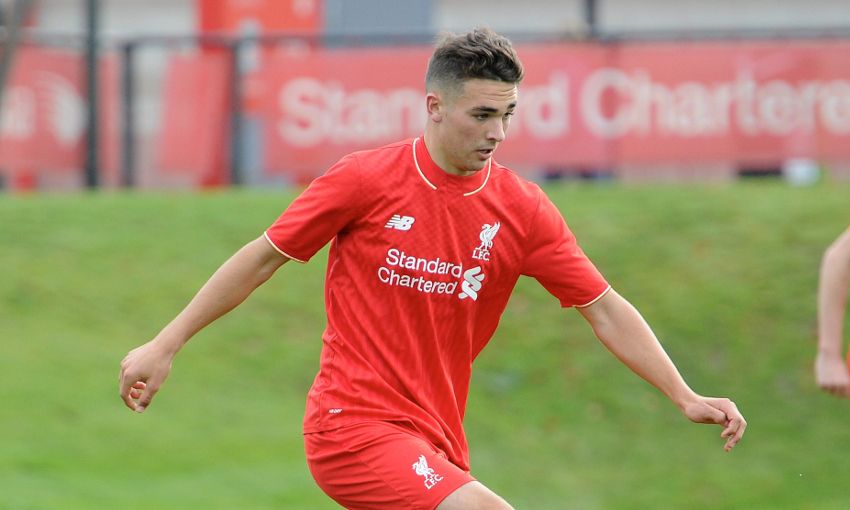 Sheyi Ojo: I have much more confidence

Liverpool U18s extended their unbeaten run to five games as they defeated Stoke City 1-0 at the Academy on Saturday morning.

With new Reds boss Jürgen Klopp watching on from the stands, Ovie Ejaria grabbed the only goal of the game for Neil Critchley's team by producing a cool first-half finish after winning the ball for himself.

The hosts were shorn of captain Trent Alexander-Arnold due to his recent call-up to England U17s and had to dig deep to secure victory against a Potters side who created their fair share of chances.

But they battled admirably to keep their good run in the Barclays U18 Premier League going, no doubt to the delight of the watching Klopp.

Stoke started the game on the front foot with striker Tom Shepherd central to much of their good work.

Only a fantastic Corey Whelan challenge prevented the No.9 from running on goal early on, and both Theo Brierley and Julien NGoy might have done better when set up by their impressive teammate.

It was Ejaria who broke the deadlock by evidencing his class, however, when he pinched the ball brilliantly before slotting in a side-footed finish low to the keeper's left.

The London-born starlet was unfortunate not to have an assist shortly after the break as he sent in a low cross that one of his colleagues should have touched home.

Yan Dhanda then went close to getting on the scoresheet when he sent an effort whistling past the post after turning his man inside out.

It looked like the Reds might regret not making the most of those chances when Shepherd hit the post with a towering header from a Jake Dunwoody cross as time ticked down.

But they defended well to see the game out, despite losing Liam Coyle to a second yellow card late on for kicking the ball away.