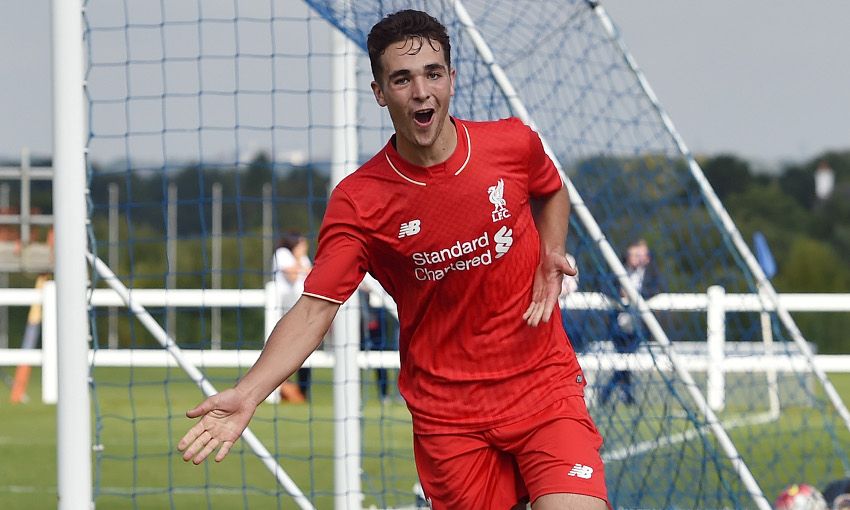 Adam Phillips' 93rd-minute header secured a point for Liverpool U18s as they drew 1-1 with Everton in the first mini-derby of the new season.

It had looked like Herbie Kane's early own goal would be enough to separate the sides after Reds defender Conor Masterson was sent off in the dying stages.

But Phillips, who travelled with the first-team squad for the Europa League draw with Bordeaux on Thursday, capped a memorable week with a late, late equaliser.

Neil Critchley's side came into the fixture with confidence high off the back of a 2-0 win over Derby County last week but quickly found themselves up against it thanks to a mix-up at the back.

Michael Donohue's cross into the box looked harmless enough but, as Kane stooped to clear, he inadvertently directed the ball toward his own goal and beyond a helpless Shamal George.

The midfielder quickly recovered from that disappointment, however, and should perhaps have had an assist moments later when he played in Paulo Alves, who shot disappointingly wide.

Ovie Ejaria was also presented with a decent opportunity before the break, but could not control an effort that flew well over the crossbar.

The U18s continued to push forward after half-time and were unfortunate to see a handball appeal waved away after Kane headed toward goal in the box.

And that man was again involved soon after when he played in Alves once more only for the Portuguese to be denied by an excellent save one-on-one.

When Masterson was given his marching orders with ten minutes to go for a last-man challenge on Delial Brewster, it looked like the Reds' efforts had all been in vain.

But up popped Phillips at the death to send a looping header home and clinch an unlikely point for the visitors.