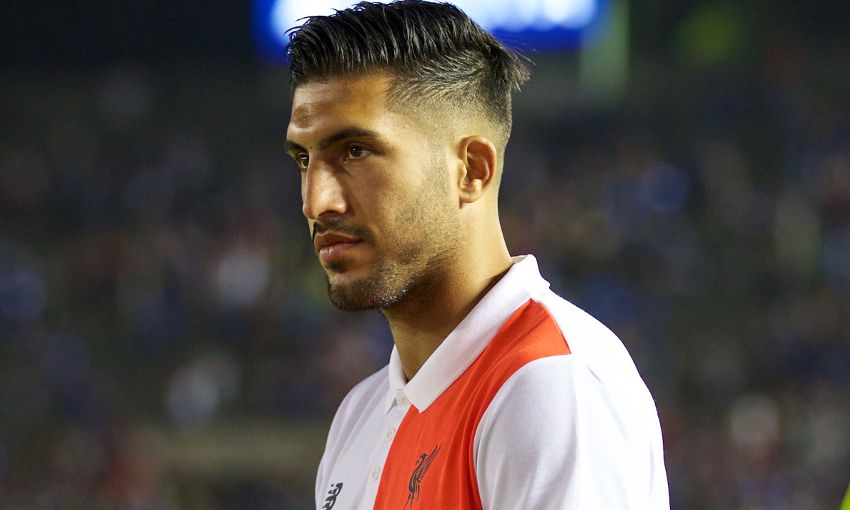 Emre Can is determined to use a short summer break to his advantage as the Liverpool midfielder counts down the days to the start of the Premier League season.

The No.23 played 49 times for the Reds last term and was an integral part of the team’s journey to two finals, before then travelling to Euro 2016 with Germany.

His country’s progress to the semi-finals of the tournament in France meant just a three-week break for Can, who joined up with his club again in Los Angeles six days ago.

A briefer vacation could prove beneficial to the 22-year-old, though, as he feels ready to hit the ground running and build on an impressive previous campaign.

“It was a short break for me but I enjoyed it,” Can told Liverpoolfc.com. “Last season was a long season for me. Now after the break, I’m ready to play football again.

“I didn’t have such a long time off and I didn’t lose too much fitness. I feel that in training.

“Of course, I have to come again. I’m very happy to be back and I can’t wait until the Premier League starts.

“Pre-season has to be tough, of course. We want to be fit for the season. Now is the time where we can prepare. Sometimes it’s not easy but we have to go through it.”

Can is hoping to be involved at some point in Liverpool’s friendly clash with AS Roma at Busch Stadium tonight – a game you can watch live anywhere in the world on LFCTV and LFCTV GO.

He enters the new season with words of wisdom from an expert in the field still fresh in his mind.

Because, in the final days of his holiday, the German met up with former teammate and Reds legend Steven Gerrard in America to swap notes about the game and more.

Can explained: “I met him in LA and we went for lunch. It’s always great to see Stevie.

“It’s an honour to know him and it was an honour to have lunch with him. You can always speak with him about football and life. He’s a very good guy.”