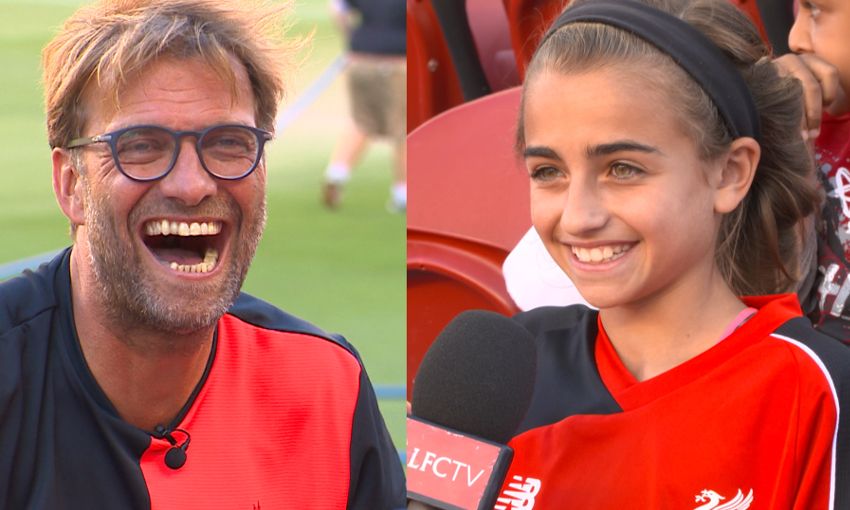 Being grilled by journalists is nothing new for Jürgen Klopp – but the Liverpool manager faced an altogether different test when he hosted a press conference with a bunch of American kids.

The youngsters gathered at Levi’s Stadium in California to quiz the Reds boss on everything from his decision to attend a Celine Dion concert to the advice he would give to his nine-year-old self.

Klopp revealed what it would mean to him to win the Premier League with Liverpool – “one of the greatest things I could imagine” – and why he considers Pele the best footballer of all time.

The US Kopites also dug deeper into the German’s knowledge of American sports, and much, much more in our heart-warming and hilarious free video.

Check it out by clicking play below now.