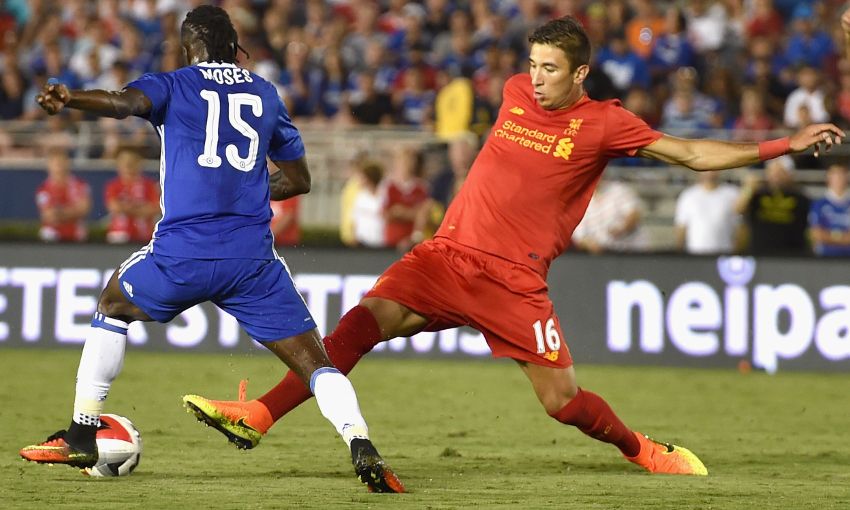 Jürgen Klopp has confirmed Marko Grujic has been sent to hospital after sustaining a knock to his head during Liverpool’s defeat to Chelsea in Los Angeles.

The midfielder was withdrawn from the action at half-time at the Rose Bowl following a collision with Bertrand Traore towards the end of the opening 45 minutes.

Klopp told his post-match press conference: “The biggest problem for me in this moment is that Marko Grujic is in hospital, because he can’t remember anything. That’s not too cool.

“Hopefully it’s not too serious but of course a young boy in this situation is not too cool. Injuries after games like this in pre-season is the biggest problem obviously.”

Elsewhere, Klopp confirmed he doesn’t believe Ragnar Klavan suffered any lasting effects from the Cesc Fabregas challenge that resulted in the Chelsea midfielder receiving a straight red card on 70 minutes.

And there was better news on Joel Matip, too. The defender missed the game due to an ankle problem but the manager is confident he is nearing a return to full fitness.

“I expect him to start the season,” said Klopp. “But for this, he has to train a little bit more. The first two-and-a-half weeks were really good, he became better and better and then he was out.

“Now I think it is a week or more he has been out. He was in a training group today and hopefully he can be back in team training as soon as possible. The season start at this moment is not in doubt.”