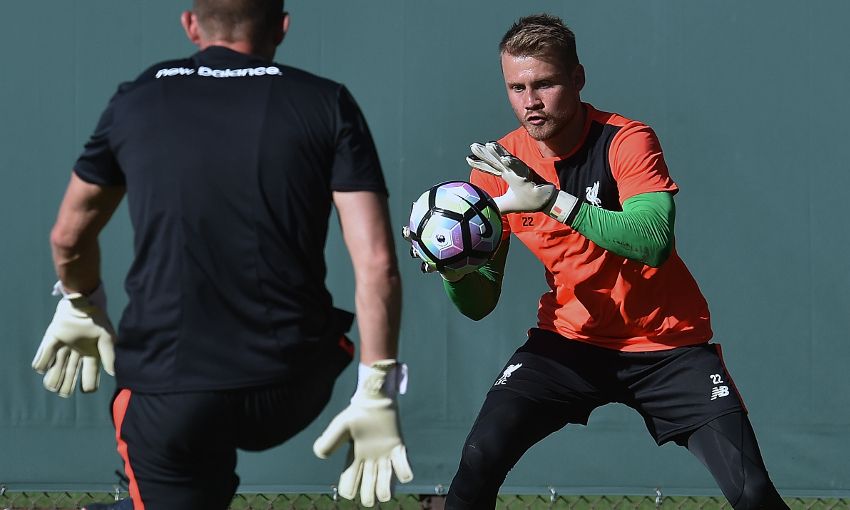 After meeting two new faces in the Liverpool goalkeeping ranks, Simon Mignolet welcomed the fresh competition to start the season between the posts for the club.

The Belgium international joined up with the squad in America on Friday following his summer break and was out in training at Stanford University the next day.

It was a first chance for Mignolet to catch up with Loris Karius and Alex Manninger – the pair of new stoppers brought in by Jürgen Klopp this summer.

And he told Liverpoolfc.com: “It’s always nice to come back and see the lads again – training in America and seeing how the fans turn up in numbers, as always.

“[There are] a couple of new faces, which is nice. We have learned about each other in the first few days. It always takes a bit of time but we have spoken a lot already in our time here and I’m sure that will happen more in the next few days.”

Watch Mignolet reflecting on his return to training with LFCTV GO

Mignolet is just beginning preparations for his fourth campaign with the Reds and has amassed 149 appearances since swapping Sunderland for Anfield.

The presence of Karius and Manninger will mean strong competition for a permanent residence in goal for the Reds moving forward – but it’s a situation the No.22 is excited about.

“It’s only normal, especially when you play for a club like Liverpool, there will be competition for places and not only in goal,” he said.

“If you see the squad we’ve got out here in America, everybody is working really hard to be in the team and that’s what you need, that’s how you can take the maximum performance out of every individual.

“We’ll be working hard together with the rest of the team to make sure the ones who play the first game in the Premier League are ready.”