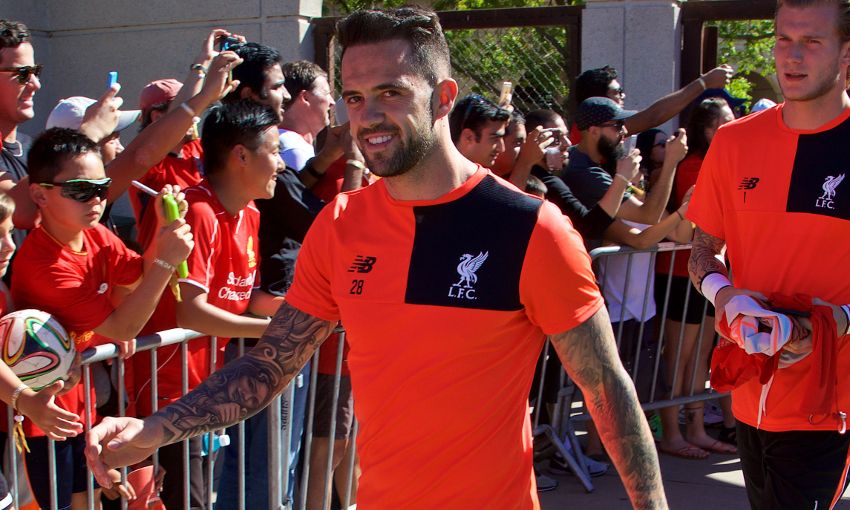 In the second entry in his LFC Tour diary, Danny Ings reveals how his birthday was marked by his teammates in California and offers his reaction to meeting Georginio Wijnaldum for the first time...

It’s day three out here in California on Liverpool’s United States tour and it just happens to be my 24th birthday – and I have to say, I’ve had a good one.

I actually started receiving well-wishes on Friday night here, when of course it had turned to Saturday in the UK, and it felt strange. Almost like I’ve had two birthdays, which isn't bad!

I’m in a WhatsApp group with all of my friends from back home and they were uploading some ridiculous photos of me, threatening to publish them on social media to embarrass me. We’ve all got ammunition on each other in the form of horrible old holiday photos or pictures from when we were younger, so don’t worry – when it’s their birthdays, I’ll be returning the favour.

Over here in America, I was made to feel a little bit embarrassed again by the lads as they carried out what’s now become a squad tradition.

Whenever it’s somebody’s birthday, the players will sing Happy Birthday to him in their native language until we’ve done it in every language that can be spoken within the group.

So today, of course, it was my turn to be on the receiving end of it ahead of the day’s first training session at Stanford University.

I felt a bit awkward because I don’t like any sort of attention like that, but thankfully I didn’t have to stand in the middle of the group, although Millie did try and push me in.

When we got back to the hotel and I went to my room, I was surprised to find a selection of presents left in there. There was a bag that was filled with straw and inside there were sweets – which I am not allowed to eat! – and a packet of fake moustaches, as well as a few other weird bits and pieces.

I can’t tell you who left it for me, let’s just say it was a member of club staff, but he’s obviously been out and just bought anything he could find near the hotel. Oh well, it’s the thought that counts I suppose. 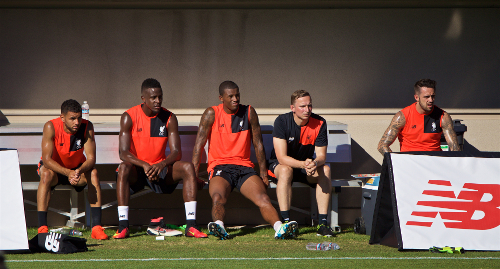 More importantly, training has continued to be good out here in the USA and we’re all working hard, but enjoying the sessions.

Today’s morning routine was more of a tactical thing with a lot of shape work with a bit of sharpness and running beforehand in the warm-up, which is good especially in this heat. You constantly feel as though you’re getting into shape.

You sweat more in these temperatures, so you constantly need to take on more fluids otherwise you’re exhausted and before you know it you’ll have a banging headache after training and won’t be ready for the next one. You’ve got to be really on top of things like that.

Some people in the squad have got to watch their suntans as well – you don’t want to be getting burnt out here. It’s important you get your suntan lotion on beforehand. I am quite lucky – I only need to look at the sun and I start to tan, but a few of the staff members particularly tend to burn. Again, I can’t name names…

This afternoon’s session was an open one, with fans and press coming down to watch us. There was a lot of box work and it was a tough workout in the heat, so now we’ll rest up ready for tomorrow.

Every year, I am always seem to be away on this date with whatever club I’ve been at, whether it’s on tour or playing matches in pre-season. You get used to it – and I don’t really enjoy celebrating getting older!

It’s good to be out here today with the team and staff. They make you feel at home, so it’s just the same feeling as me being back in the UK, so I am happy.

I’ll be honest, I hope nothing is planned for me tonight, especially not at dinner because I love my food and don’t want to interrupt it no matter what occasion it is. In all seriousness, it’ll be good to go for a meal with the new lads and get to know them a little bit better, have a good laugh and then come back and get ready for training tomorrow.

Speaking of having a laugh, me and Millie [Milner] took on Adam [Lallana] and Hendo on Friday at a game of ‘cricket’ on the dart board in the players’ room in the hotel. First we started playing ‘golf’ on the dart board where every number is a hole and if you hit a double or a treble it’s different. I was the laughing stock for the first game – I wasn’t hitting much form; however, I did end up finishing second behind Millie.

Millie is a borderline darts player – he is unbelievable. Then we ended pairing up for a game of dart golf where Millie and I took on Adam and Hendo. All that has to be said is that it was an absolute dispatch, there was no point Adam and Hendo playing us. Although to be honest, I did feel I was carrying Millie a little bit in the game… 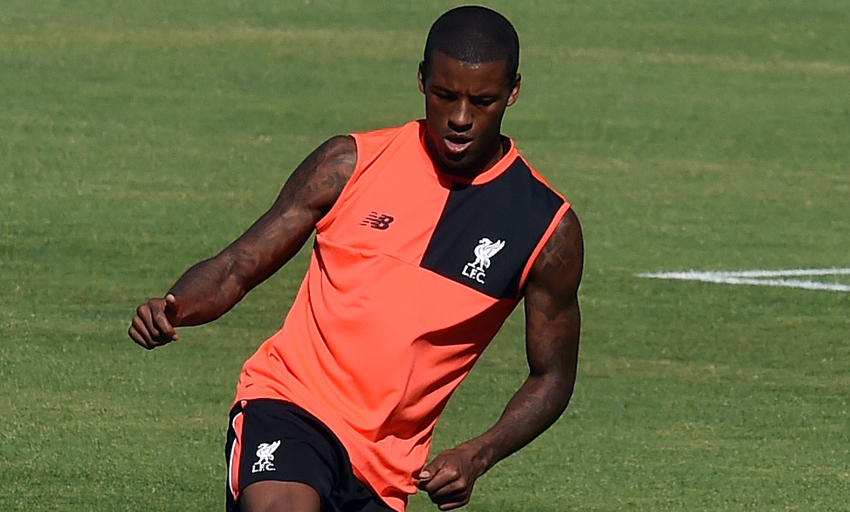 Obviously today we welcomed Georginio Wijnaldum into the squad after he arrived from England this afternoon. I met him briefly earlier at lunch and had a quick chat to say hello before he came and trained with us in the evening session. He seems like a really nice lad and I am sure the boys will settle him in nicely. He’ll definitely add quality to the squad.

As I mentioned in my previous entry, it’s coming down to crunch time down in the preparations for the new season. It’s where decisions are made and things like that. It’s important everybody is at their best. You can often see at this time of year at every club the standard lifting.

It’s good that there is that much competition here and so many quality players. For me, having a year out, there are so many teammates I can learn from every single day – even if they’re not a striker. There are so many things for me to learn and improve in my own game. Hopefully we can keep the quality this high and take it into the season.

Lastly, I’d like to say thank-you to all the supporters who have wished me a Happy Birthday today. I can’t tell you what that has meant to me and how much I have appreciated each and every single message.

This morning, the fans outside the hotel remembered my birthday when we were leaving for training – it was an incredible feeling to see that they knew that, to be honest. Then tonight, at open training, some supporters sang ‘Happy Birthday’ to me as I left the pitch.

It’s always warming when you come to new places like this and see and hear that – I’d never been here before.

It’s great and I am grateful for your best wishes. As I said last time, I hope I can repay you for your support out on the field this season.