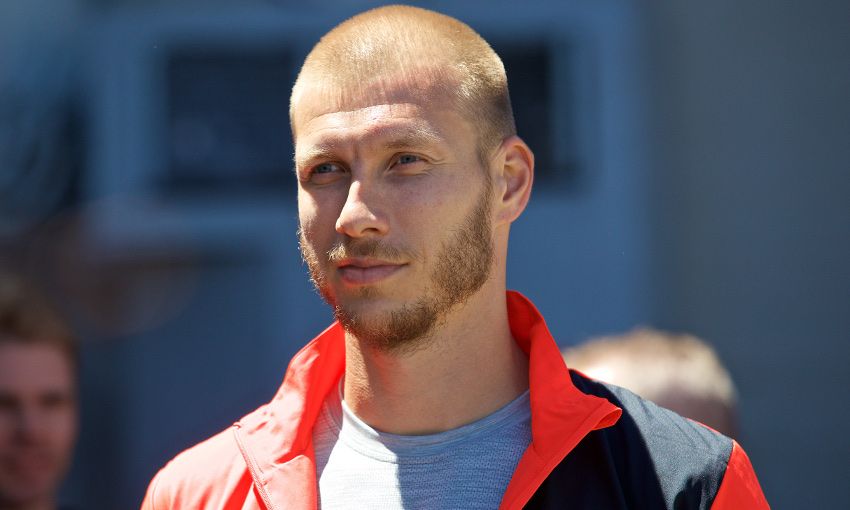 Ragnar Klavan has hailed the warm welcome he has received from his new Liverpool colleagues, comparing the team spirit in the Reds' dressing room to 'a family'.

The Estonia captain completed a move to Anfield on Wednesday and then immediately headed out to the United States that evening for the club's pre-season tour.

That quick turnaround hasn't prevented Klavan from settling in, however, according to the man himself.

The 30-year-old says he has not only been impressed by the quality shown by his new teammates on the pitch, but also their warmth off it.

"It is really nice. You see that this team has really good players," he said.

"They are friendly and help me a lot. You can see the team spirit is really good here. I’m really excited.

"It’s a new team, a new country and a new culture. The lads have been really nice and everybody is helping me. You can see the team and the whole Liverpool club is like a family."

And the centre-back was full of praise for the man he has reunited with at Anfield this summer, insisting he will bring an unrivalled level of professionalism to his role with the club.

"He is a true professional. He is 39 now but last season he was the second-choice ‘keeper at Augsburg and he kept on going until the last day," he added.

"He kept himself fit in case something happened. In football, you never know. His mentality and the way he works every day is amazing.

"We were good friends in Augsburg. We were the first ones in the gym and the last ones to leave. We worked a lot together and we have the same attitude. That’s how we are."