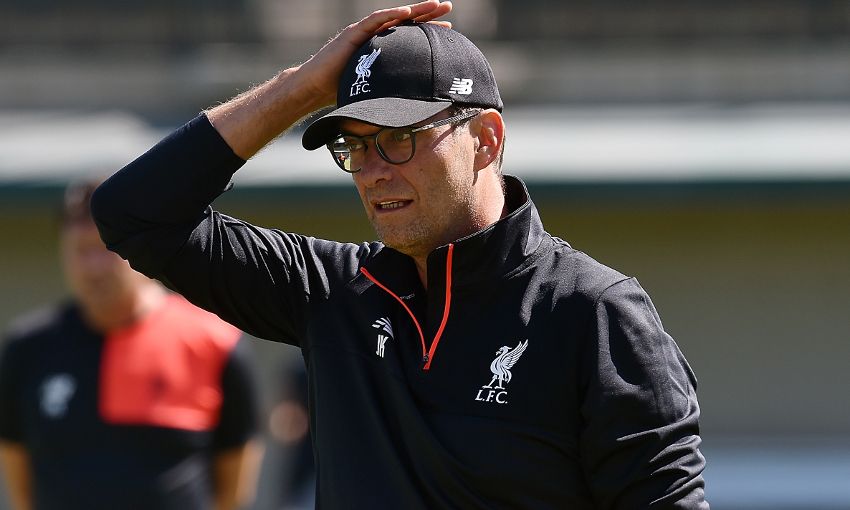 Liverpool will return from America in better shape than when they left thanks to the hard work of the players during their pre-season tour, Jürgen Klopp has predicted.

Day one of the side’s stay in the United States saw the squad bolstered by the addition of Nathaniel Clyne, Jordan Henderson, Adam Lallana, James Milner and Daniel Sturridge after Euro 2016 duty with England.

The quintet joined up with teammates who were faultless in their opening four games of the summer, with wins against Tranmere Rovers, Fleetwood Town, Wigan Athletic and Huddersfield Town achieved without conceding a goal.

And there is more to come, according to the manager, as the full Reds contingent comes together and steps up preparations at a top-class training base in California.

Klopp told Liverpoolfc.com: “You saw the games and they were more than OK, especially when you think of which moment we are in, what we did in the sessions and the intensity of training.

“So I was really pleased; not with everything of course, we have to improve a lot. But that’s important information. Games are for watching and then analysing, and we did this, so we know what we have to do.

“Now we start the second phase of pre-season. A lot more players will join us – the English today and the Belgians tomorrow. That’s very important for us.

“There’s a group of nearly 10 players starting now with training. That’s a challenge and we have the next game in four or five days.

“We will combine them a little bit and play with different teams from now on, because we have to make them all fit and bring them into the best shape.

“The facilities at Stanford are outstanding, what a great place. It’s a real sports place, not only football but a lot of different kinds of sports. I love the atmosphere there. We will use this and we will come home better than we left England.”