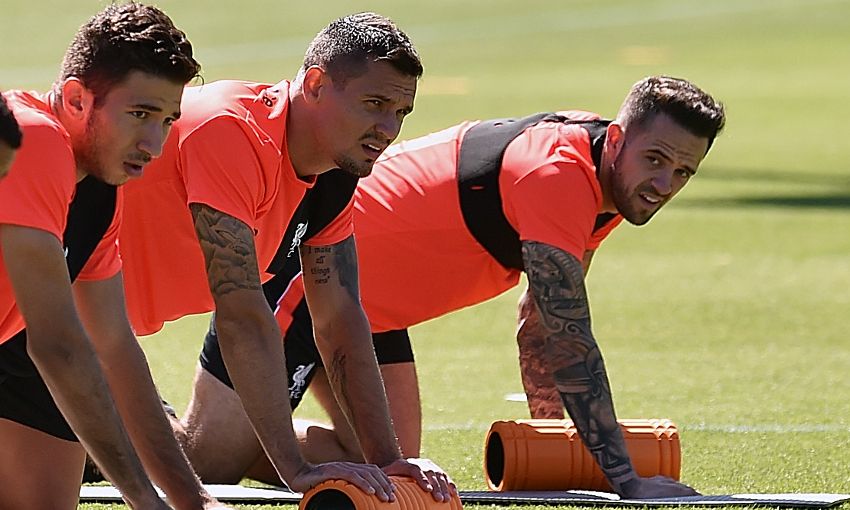 For the duration of the Reds' tour of the USA, Danny Ings will be writing an exclusive blog for Liverpoolfc.com. In his first update, the striker reflects on the opening day on the West Coast, the impact the return of the England quintet has had and outlines what he is hoping to achieve during our time Stateside...

It’s been an enjoyable first day in Palo Alto after arriving in America this morning to continue our pre-season preparations.

After a good workout at Huddersfield, we left Liverpool airport at around 3.30am for San Jose and the flight was comfortable and passed over quickly.

That said, I was sat next to James Milner on the plane and after about an hour of me dropping off to sleep, I woke up with what I initially thought was a torch being shined in my face. In fact, Millie had decided to turn the reading light on my seat right towards my face – although he denies it was deliberately to wake me up...

Other than that, the flight was smooth and I managed to get some good sleep as we travelled overnight. It has been tough today with tiredness, but not long after we got here we went over to the training ground for a run and a stretch, which was good to get it all out of our legs.

Obviously, Millie was one of five of our England lads who began pre-season training with us for the first time on Thursday after taking part in the European Championship and it was great to welcome him, Jordan Henderson, Daniel Sturridge, Adam Lallana and Nathaniel Clyne back.

We’ve still got more players to come back too, but it’s important they are back in good time before the start of the season to integrate with the new players who’ve joined us over the summer so far. I already know what those boys are like, but it’s good to get everybody back together, get the group back as one having some banter and a good laugh – and we’re all ready to crack on in pre-season. 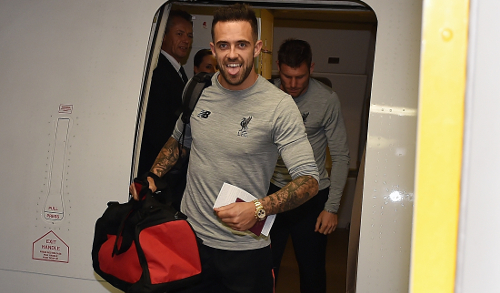 There are a lot of players here at the moment, so the levels have definitely increased now that the squad is getting even bigger with all the lads returning from international duty. But that brings out the best in all of us as players. It’s a motivation because you know it’s getting to that crunch time where the season is not far away, so you need to get as fit and strong as you can in order to do well for yourself and the team.

After training, this afternoon we made a visit to Alcatraz as a squad, which was a great experience for both me personally and us as a group.

To be honest, I’ve never really been to any tourist places with history like that before, so it was good to go and have a look. The rest of the lads enjoyed it as well and it was really interesting to read and learn about its history.

It was important for us as a collective too, because things like that help the new lads settle in and become part of the group.

Usually at this level, a lot of players do actually know each other from previous experiences, but of course some don’t. Things like we did today, going to Alcatraz and having a walk around together, means people can get to know each other’s personalities a bit better, find out who can speak which languages and find out who has got banter and who hasn’t.

To be fair, the majority of the new boys have got banter – but then again, I wouldn’t say who hasn’t because I don’t want to get smashed in training tomorrow!

In seriousness, it’s a really, really good group and I’m sure the new lads will settle in quickly here and feel at home.

A year ago I was in the same position as these guys – I was new to Liverpool FC and coming away on my first pre-season tour with the club.

If I’m being honest, I was really nervous – that’s why I cut my holiday short to come in and start training early at Melwood. 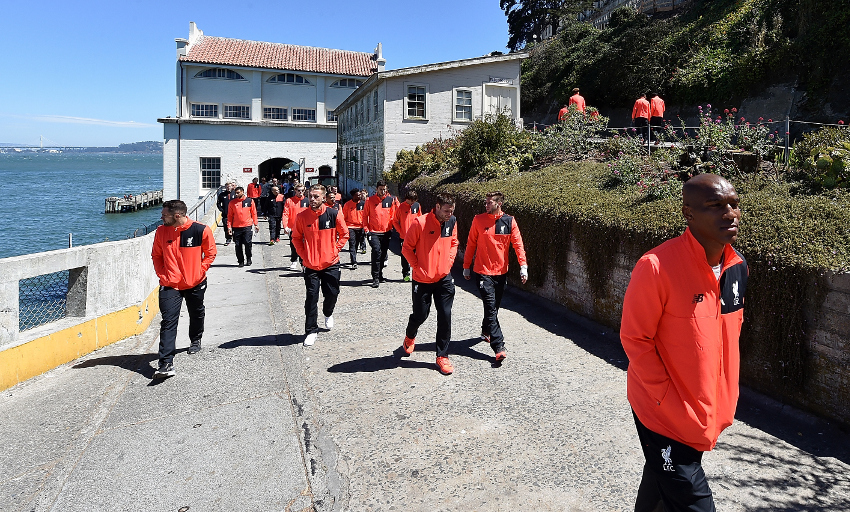 I’d had the U21s tournament with England that summer, but I think in the end I only had 10 days off. I thought it was important I came in fairly early to try and get used to the group.

Coming to such a big club, the tour absolutely blew me away when we went to Thailand, Australia and Malaysia. It was crazy with the fans outside the hotels, the appearances we attended and things like that, but it made for experiences I will never forget.

It can be a little bit nerve-wracking coming to a club like this, but within the first few days I was settled. The staff and all the players helped me do that and I am sure that we’ve done exactly the same for the new lads so far.

But as well as helping the new players feel a part of things, there is also a lot of hard work to be done out on these training pitches here in America over the next couple of weeks.

For me, every pre-season – every day, in fact – is just as important as another, but it’s more exciting for me this summer because I feel like I’ve had a year out, which I basically have.

When I got injured last October, I felt I was just finding my feet, just getting settled into the team and I had just made my debut for my country – it was the best week followed by the worst week of my career. It was an extremely strange period, but now I am back, I am just looking forward to getting to the level I was at.

In the pre-season games so far this summer, I feel I’ve looked as sharp as I’ve ever looked in the last couple [of matches]. I am a lot more confident now and have taken a couple of whacks on my knee, which is also good for me.

I feel like I am back to myself now enjoying my football. I feel I’ve put the dark days behind me now.

There will be loads of hard work to do here while we’re on tour and when we’re getting on that plane back to Liverpool next month, I want to be in the best shape possible after it all.

I feel with the heat out here, the amount of sessions and the work that will be on for us, there is every ingredient to help me do that. I won’t be happy with myself if I don’t come back home in the best shape I can be in. 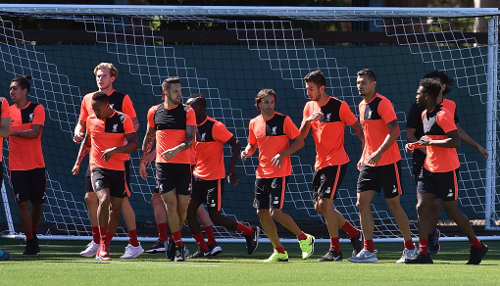 And I also want to be tactically more aware of what the manager wants from me because with the year out, I didn’t have as much time to work with him whereas other players have.

So for me, this tour is all about learning as much as I can, getting as fit as I can and trying to prove myself every day.

But I am also looking forward to meeting our incredible supporters out here in America and playing against top-class opposition at some outstanding venues.

I genuinely missed playing in front of you while I was out injured – and I’ve craved doing it again. I feel I made a strong connection with our supporters – I’d run through brick walls for them – so having a year without it really hurt.

I’m looking forward playing in front of our fans again, showing them what I can do and trying to repay them for the support they’ve given me from the start.