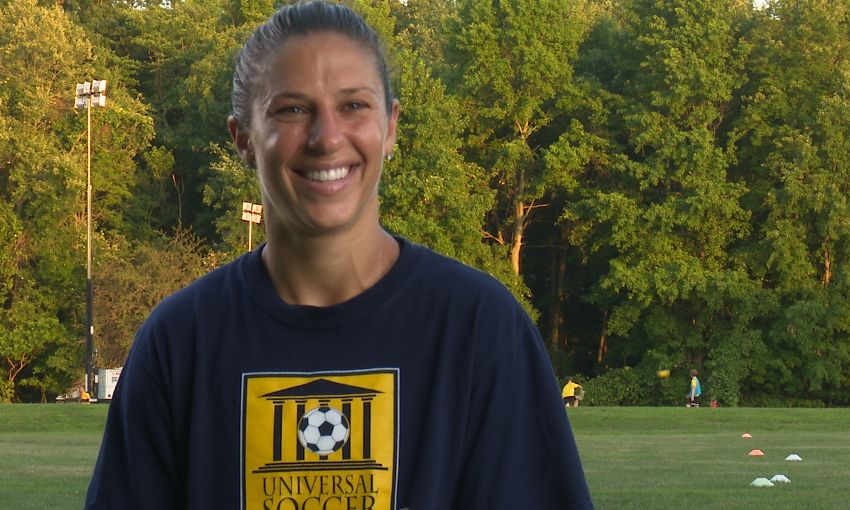 Carli Lloyd is probably the world's most famous women's footballer - and she has a love of the Liverbird, too.

The robust attacking midfielder is a two-time Olympic gold medalist and the current FIFA Women's World Player of the Year.

In July 2015, she won a World Cup final for the United States almost single-handedly, scoring a stunning 16-minute hat-trick in a 5-2 victory over Japan.

With the Olympics in Rio looming large on the horizon, Lloyd is determined to extend her roll of honour further.

However, she took time out from intense preparations to explain her love for Liverpool FC - in an interview you can watch for free via our official YouTube page below.

During the chat, Lloyd, who currently plies her trade for Houston Dash, admitted she may one day be tempted by a possible move to Liverpool Ladies.

"I honestly wouldn't rule it out," said Lloyd.

"My plan is to play for another four years. I'm not ruling anything out about playing overseas - that would be cool. The Women's Super League is getting better and better. Who knows? Maybe I will end up there one day!"

Watch our interview with Carli Lloyd for free on YouTube

Explaining how she became a Kopite, Lloyd added: "I grew up in a small town in New Jersey which was a blue-collar town and I had to scrap for things like getting a football to play in the woods.

"To me, that is kind of what Liverpool exemplifies - the blue-collar mentality; the sheer grit and the determination.

"I wasn't born when they were the best team around, but it's just one of those things - when you kind of like the team you can relate to your personality - an underdog.

"I've always been a Liverpool fan, in the good times, the bad times, it is great to be able to watch them play [on TV in the USA] and get some jerseys too.

"Any chance I get I watch Liverpool. They are the only team I follow in the Premier League, which is great and I'm always rooting for them.

"I just love everything that Liverpool stand for and 'You'll Never Walk Alone'. It's a phenomenal club.

"I've yet to experience a live game but I will at some point soon!"