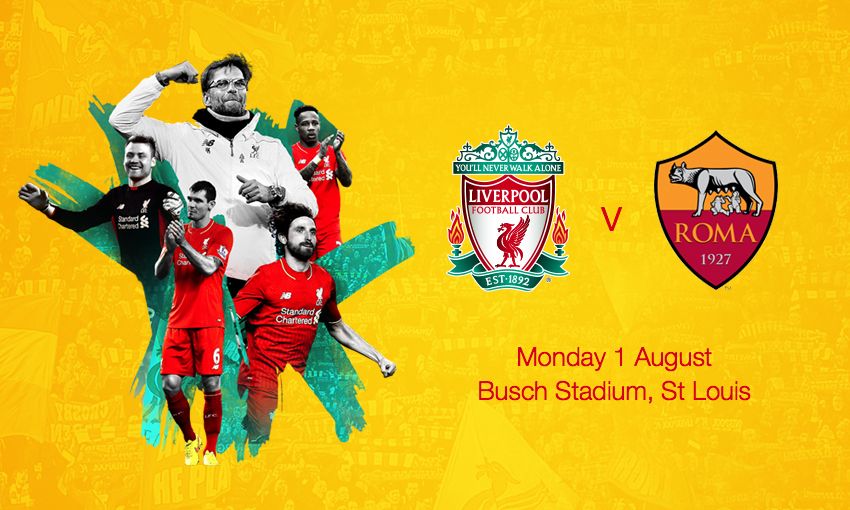 Liverpool FC can today announce they will contest an extra game during the club’s time in the USA this summer.

On Monday August 1, the Reds will play AS Roma at the Busch Stadium, home to one of America’s most successful baseball teams, the St Louis Cardinals - 11-time World Series champions.

The friendly with the Italian side will kick-off at 7.30pm (Central Time) and is not part of the ICC tournament, which Liverpool will also be competing in during their pre-season programme.

“Busch Stadium has played host to many fantastic events from MLB All-Star games to concerts to World Series games, so it’s only fitting that an historic club like Liverpool FC should play there when visiting this terrific sports city.”

Stillitano, chairman of Relevent Sports - the organisers of the game - said: “Year in and year out, both AS Roma and Liverpool field ultra-competitive rosters in their respective leagues.

“Pairing them with a city so rich in professional sports history like St Louis is a perfect fit, as the city has hosted numerous soccer matches over the years. St Louis has a passionate base of soccer fans that always support these great matchups, and we are thrilled at the opportunity to continue spreading the game of soccer to this wonderful city.”

Priority ticket access will be given to Members and official supporters’ clubs. Tickets will then go on general sale on Wednesday June 8 at 4pm UK time via www.Cardinals.com/soccer.

For all the latest news on Liverpool's 2016 pre-season programme, click here.